Are Too Many People Starting Non-Employer Businesses? 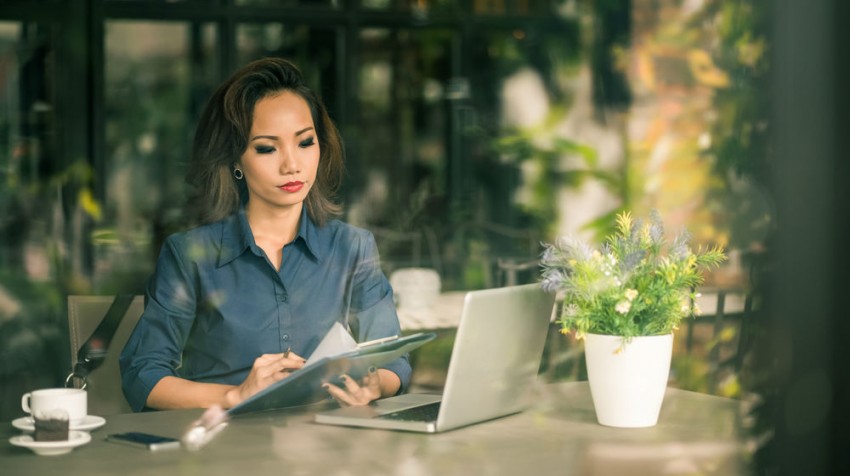 In 2013, the number of American businesses without employees per thousand people rose by 0.4 percent to hit a record of 72.72 non-employers for every thousand residents, Census Bureau data reveal. In the same year, average sales at these businesses nudged down by 0.2 percent — about $80 (in 2011 dollars) — to $44,357.

Are rising numbers of non-employers outstripping demand for what they have to sell? Census data from 1997 to 2013 suggest that might be the case.

Since 1997, the per capita number of American companies without employees has risen by 28.5 percent. Over the same period, the average sales at a non-employer business has declined by 16.6 percent when measured in inflation-adjusted terms. The correlation between the two numbers is -0.84 over the 17 year period when the data on the two are available. (A correlation of -1.00 means that two numbers move in exactly opposite directions.)

As the figure below shows, the per capita count of non-employers increased from 56.57 in 1997 to 72.72 in 2013. The number rose steadily between 1997 and 2007, when it hit 72.05. After falling to 70.22 in 2008 — its only recorded decline during this period — the rate rose slowly in each subsequent year. As the R-squared figure on the chart shows, the increase in the per capita number of employer businesses has been pretty close to linear. 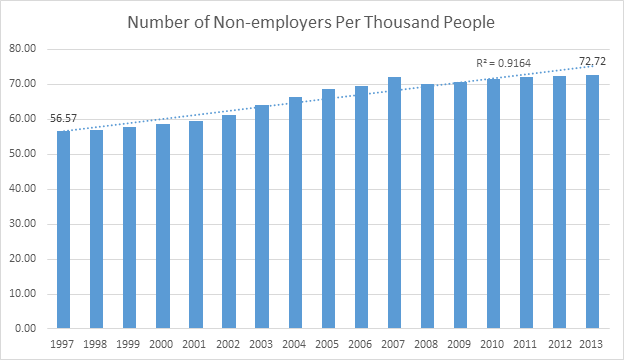 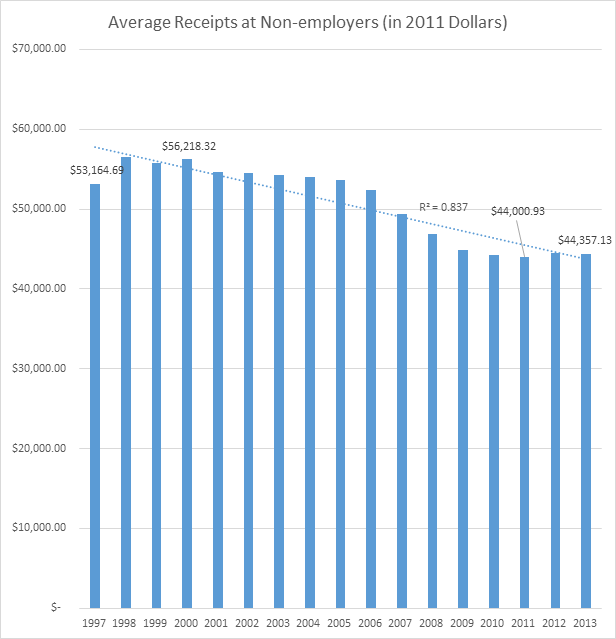 The Census Bureau’s analysts think that most of non-employer businesses are part-time efforts pursued by self-employed people. They are generally very small, accounting for less than 4 percent of all business revenue, and only about 7 percent of all capital expenditures. And, by definition, they do not produce employment for others.

While non-employer firms serve an economic function, Americans are creating them faster than those businesses have things to sell. As a result, the small amount of revenue they generate is being spread across an increasing number of companies.