Coping with the Office Narcissist 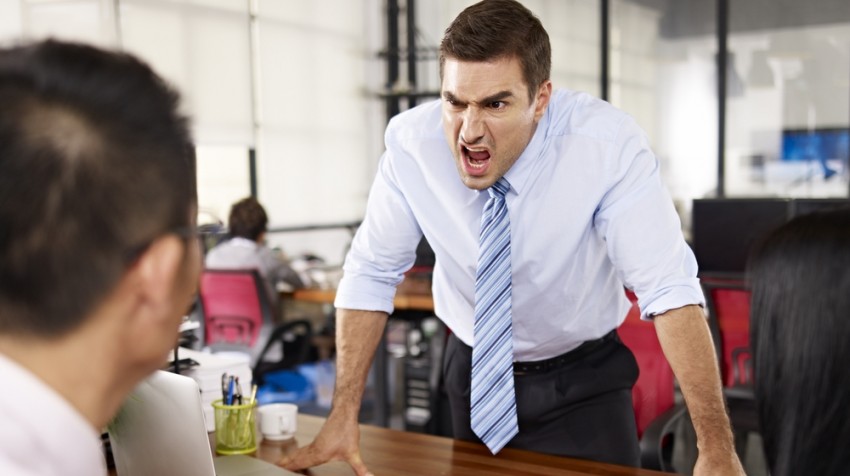 Narcissists are among the most interesting coworkers. They are also repugnant, disruptive and poisonous to a business, and potentially to your career. That is, if your narcissist sees you as anything except a reflection of their greatness.

The office narcissist has picked on everyone except me. That is, until Friday when they pointed an ugly, crazy, manic, depressed, “stressed-out-because-I-don’t-have-enough-work-to-do-but-I-have-too-much-work-to-do” tantrum in front of me. This came right after it took me 30 seconds to find an important corporate contract that an investor said he needed.

It had been created long before I arrived. The office narcissist said the document didn’t exist. After all, they had spent 5 days “looking for it.”

So there I was holding it in my hand — after near-zero effort to get it.

And my ease of finding it tripped the venom in their mouth to spew. At one point there were words like “you never had a friend” and “you think you know everything” coming like projectile vomit at me. “Stop,” I said. “Go away. I have to get this document to the investor.”

Ten minutes later, they walked by my office and stopped in the doorway. “Oh, you’re still working? It’s after hours — do you want me to stay and help you?”

A dead calm hit me.  And in that moment of pure serenity, I had an epiphany. Oh my goodness, they’re a malignant narcissist. A rare breed.

These are people who work to make trouble and cause distress, then reverse on you to suddenly become helpful and appear good natured. M. Scott Peck does a great job of describing malignant narcissists in his book, “People of the Lie.” The thesis of Peck’s monumental work is this — these people are the evil in the human race.

They have a self-image of perfection, excessive intolerance of criticism, scapegoating, disguise and pretense, intellectual deviousness, greed, coercion and control of others, symbiotic relationships and lack of empathy. So it took two months to actually “diagnose” them. Just in time for our malignant narcissist to give their 30 days notice.

When we gratefully accepted, they changed their mind. After all, as a malignant narcissist you believe that giving and taking back your resignation is your right.

We anticipate lots of false accusations, blaming, emotional displays and precision attacks on the character of others. That is, after all, how we went from “Aren’t they amazing?” to “What’s wrong with them?” At least now we are over the confusion — which, by the way, is the first sign that you have a malignant narcissist.

They’re not crazy. They haven’t suffered misfortunes. They’re simply a bad apple. As organizational psychologist Adam Grant calls these folks. Or evil, as the renowned psychiatrist Peck calls them. For the rest of us, it’s been a startling realization.

So, if you have been confused, aggravated and disrupted by a co-worker, subordinate or superior — wow. Isn’t it nice to know there’s a diagnosis for these folks? As a boss, it’s reassuring to learn there is no amount of training, no amount of support, and no magnitude of praise that I could muster to help them.

I had a plant like this in the outer reaches of my property, it’s called poison ivy. It makes you itch, blister and scar. It looks benign, but it’s poisonous. You just have to cut it out. Then the rest of the plants can blossom.