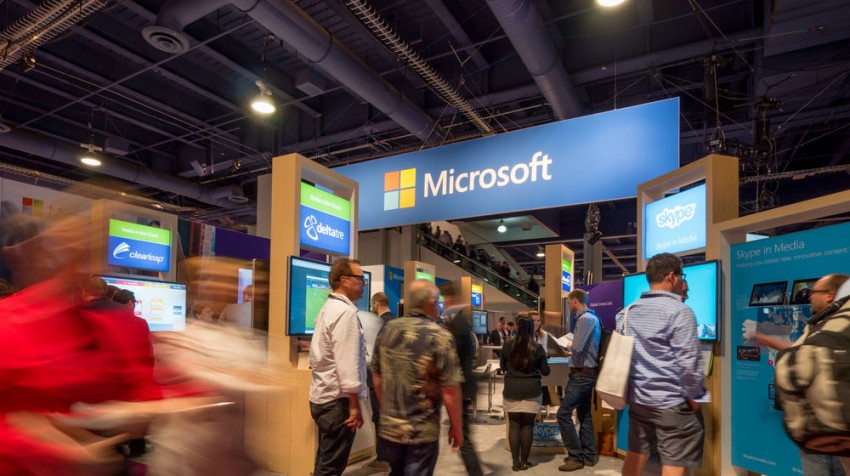 What do you do when you set a BHAG (big, hairy, audacious goal) and reach it?

Well, if you’re Microsoft and your initial goal to “put a computer on every desk, in every home” has essentially been met, you create a new mission — to “Empower every person and every organization on the planet to achieve more.”

I was recently up in Redmond, at Microsoft headquarters, along with several other small business influencers to see, first-hand, what’s next. And from what I saw, what’s next is impressive and innovative, a word more often (perhaps wrongly) associated with Apple than Microsoft.

Frank Shaw, the CVP of Microsoft Corporate Communications told us the company simply believes “Technology can make life better for people.” And that one of its new “ambitions” is to “reinvent productivity.” That concept—reinventing productivity—is an answer to most entrepreneurs’ prayers.

If you are stubbornly still using Windows 7 or old versions of Word, Outlook, Excel and other Microsoft programs, you need to take a look at the recently released Windows 10 and Office 2016. Using these programs will help you reinvent your own productivity.

Windows 10 is Microsoft’s new operating system, and if you’ve been using Windows 7 or 8, you can update to 10 for free. And the company released a major update this November, making the robust program even better.

If, like me, you’re addicted to certain Office programs (I love Word and Outlook), you’ll want to check out Office 2016, which turns these and other Microsoft programs into productivity powerhouses.

Here are some cool things about Windows 10 and Office 16 you might not yet know:

You can buy Office 2016 the old-fashioned way or you can subscribe to the programs using Office 365, a monthly subscription service. Of particular interest to entrepreneurs is Office 365 Business Premium, which not only gives you the latest—and constantly updated versions of Word, Outlook, PowerPoint, OneNote and Excel, but also offers (for $12.50 per user per month):

One of the biggest developments is Microsoft is now brand agnostic. Instead of offering Apple users, older versions of its software, they can now access the most recent offerings. The Microsoft Phone Companion app, which is part of Windows 10, for instance, enables you to sync and integrate your programs on your computers to your phones and tablets—even if you use an iPhone or iPad.

Microsoft CEO Satya Nadella’s decision to steer the company to embrace a “mobile-first, cloud-first” philosophy is paying off.

Microsoft’s cloud offering, OneDrive allows you to access your documents anywhere, anytime, from any device. OneNote gives you the ability to store almost everything you find or create online, like websites, photos, videos, notes, etc. and then share them.

According to Business Insider India, “a good chunk of [Microsoft’s] users (44 million) are mobile-only” and the company has 91 million smartphone and 34 million tablet users. Its also successfully reached beyond the Windows market — 57 percent of Microsoft’s users are Apple users and 50 percent are Android users.

I saw and heard a lot more, convincing me this is a new Microsoft, one grounded in innovation and disruption. In other words, Microsoft has gone back to its entrepreneurial roots. And we small business owners are all the better for it.