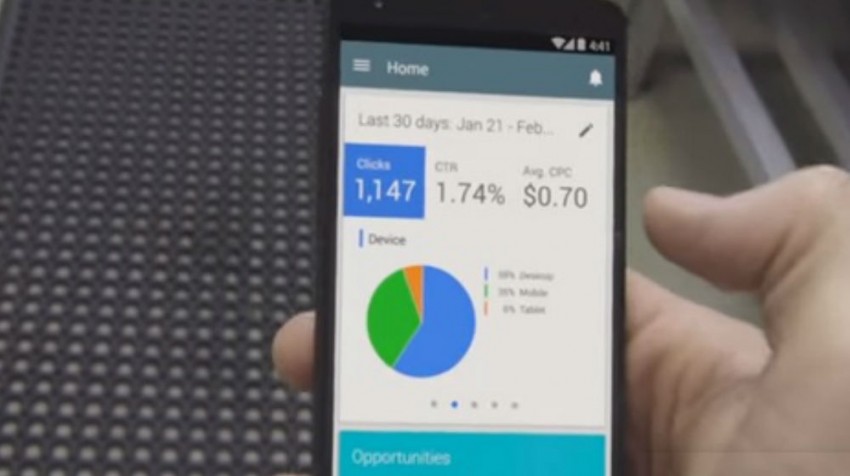 Small businesses have a nearly endless amount of options when it comes to advertising online. But doing so isn’t always easy. Using platforms like AdWords can mean trying to navigate a whole lot of code in order to track performance. And creating video ads is difficult if you don’t know what the best performing ads are.

But this week, AdWords announced a new feature aimed at making it easier for advertisers to track performance. And YouTube released some of its most popular video ads of the year. Read about these items and more in the weekly Small Business Trends News and Information Roundup.

AdWords just unleashed an easier way for the small business to machete its way through the jungle of code typically required to track paid search performance, and it’s called AdWords Smart Goals. This is kinda big news for the less-sophisticated advertiser. But, as expected, there’s no shortage of opinion on it.

YouTube Announces Top Video Ads of 2015, and the Real Winner is Mobile

YouTube has released the list of most popular video ads of 2015, and the Super Bowl ad for Clash of Clans below has grabbed the No. 1 spot. But the real winner this year is mobile as, for the first time ever, more people watched the Top 10 ads on their mobile devices than on desktop.

Google To Connect Visitors to House Cleaners by Zip Code

Users looking for a house cleaner or locksmith may soon be able to find a local service provider by simply entering their Zip code on Google. According to Search Engine Land, Google is reportedly testing a new format for Home Services Ads (HSAs).

In 2015, small businesses in Detroit welcomed a new program for minority-owned enterprises. The Detroit Development Fund (DDF), J.P. Morgan Chase and the W.K. Kellogg Foundation (WKKF) have announced the first four recipients of loans from the Entrepreneurs of Color (EOC) Fund. Businesses receiving the first round of funding are: Power, Lighting and Technical Services, Inc.

When it comes to menswear, there are plenty of different styles and varieties to choose from. You have your more formal brands, casual ones, and even activewear. But if you want something that fits into more than one of those categories at once, you’ll likely have a more difficult time in your search. Kit Culture is a menswear brand that was created to combine casual and activewear.

QuickBooks Updates its Quick Start Guide – Get the PDF

Are You as Willing As Zuckerberg to Commit to a Cause?

The face of philanthropy has changed since Bill Gates gave away billions of dollars to the foundation he created with his wife, Melinda Gates. This has encouraged billionaires to pledge the vast majority, if not all, of their wealth when they pass away or while they are still alive. The latest people to do so – are Mark Zuckerberg and his wife, Priscilla Chan.

Topsy Officially Shuts Down, But Today’s Choices of Social Analytics Are Huge

After eight years of providing social analytics and search information, the Topsy team has announced via Twitter that they have officially searched their last tweet.  Topsy appeared to have a bright future when Apple purchased it for more than $200 million two years ago, but the service’s useful life began to fall apart very quickly.

The aging Baby Boomer generation has prompted Home Depot to turn its focus on catering to professional contractors. At a recently held conference, company executives said they will now concentrate on bringing more small contractors who can be hired by the aging Boomers.

IRS Ups Deduction vs. Depreciation to $2,500 for Computers, Phones

The Internal Revenue Service has increased the amount small businesses can expense versus depreciate on their taxes each year. It’s a change that should simplify record keeping and increase the amount of a capital investment you can write off in a year.

One of the pressing issues in the digital world is security. Whether you are a small business with an eCommerce website or an individual making payment for a service, the security threat landscape is very real and ever present.

Can Companies Be Sued for Having HTTPS Websites? One Firm Is Trying

Many in the small business community may assume that technology like https is available for anyone to use. And there are certainly justifications for this assumption. But some companies have gotten into the habit of claiming propriatary rights for even technologies some might believe are available to everyone.

The name might not be as catchy, but it looks like a new card reader from cloud accounting company FreshBooks might give Square some competition. However this one will be mostly for FreshBooks users. The Freshbooks Card Reader Simply named the FreshBooks Card Reader, it seems to be a swipe device much like Square.

Everlance, a mobile software startup launched this year out of Stanford University, has released a new Everlance App the company hopes will make tracking expenses and mileage as effortless as a single swipe. Everlance has grown quickly through word of mouth and is already logging over a million miles a week for its users.