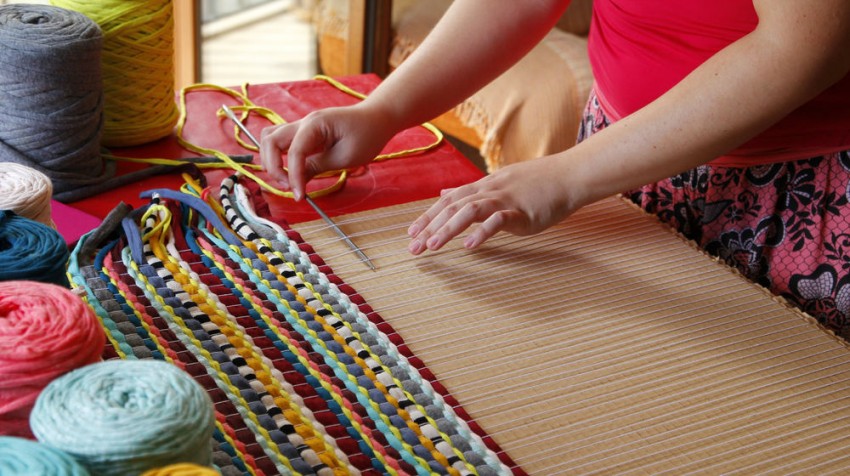 There’s something special about hand-crafted goods. They are admired because it takes time, skills and passion to bring them to life. That’s why when Etsy and Amazon decided to take handmade crafts mainstream, not everyone seemed thrilled.

Buzz about Etsy and Amazon engaging in a battle to leverage the artisan goods market first emerged when Amazon launched a new marketplace called Handmade.

Soon after, Etsy, the online marketplace for hand-crafted goods announced it is partnering with retail giant Macy’s to sell “a unique product selection from Etsy designers.”

Skeptics now fear that the move will blur the line between “mass production” and “personalized handmade.”

Etsy has come under fire from those who believe its latest move looks like a compromise on its core values.

Since its launch in 2005, Etsy has established itself as a platform for crafters. Despite its popularity among artisans, the company has failed to achieve financial growth. On top of that, Amazon’s entry into the segment has intensified competition. These factors have contributed to the company’s decision to join hands with Macy’s and commercialize handcraft in a bigger way.

According to crafters like Grace Dobush, Etsy seems to have lost its soul in the process. She writes in Wired, “In practical terms, scaling the handmade economy is an impossibility. So while Etsy maintains a hipster façade, they lost their indie cred years ago.”

And Dobush is not alone. Artisans like Diane Lupton of Etsy KnotWork Shop are not too pleased either. She tells NBC News, “We want Etsy to go back to its roots.”

As for Amazon, beyond its massive reach and clout, Handmade hasn’t created much excitement among the handcraft sellers and buyers.

In a recent poll conducted by TheStreet, readers voted Etsy higher than Amazon. On Twitter, responses have been more vocal and harsh.

@Mort3mer I don’t see Amazon as a place to buy handmade stuff TBH. I think you’ve made the right decision.

The idea to use Amazon and Macy’s to expand reach may seem tempting at first, but does it really work for artisans who produce small-batch, one-of-a-kind goods?

Many people don’t seem to think so.

“In theory, it is quite exciting that there could be a direct stream for small Etsy sellers to be linked up with manufacturers and large wholesale accounts,” says Lupton. “But our experience has shown that it will likely not help the vast majority of sellers, and will probably further drown small shops in the sea of manufactured, rather than handmade, goods.”

It also puts a question mark over the quality of handcrafted goods available in vast numbers. Some believe mass production makes it nearly impossible for talented crafters to sustain without compromising.

It remains to be seen whether Etsy’s and Amazon’s forays into a more mainstream handcrafting market is successful or a step  in the wrong direction.