Thanksgiving May Be the New Cyber Monday, Data Shows 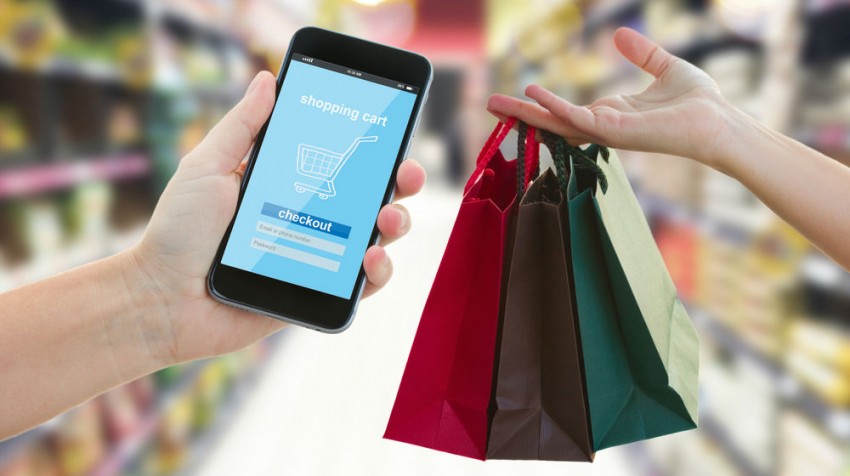 Thanksgiving marks the beginning of the holiday shopping season for many consumers.

“Black Friday” is widely regarded as the big in-store shopping event while “Cyber Monday” takes the online market. There is now even “Giving Tuesday” for charitable causes that’s in its fourth year.

But a recent study by Kenshoo, an online marketing company, points to Thanksgiving Day, itself, as possibly the next big online shopping day.

According to Kenshoo, Thanksgiving saw a 19.6 percent increase in search spend while Black Friday “remained relatively flat,” not seeing much change. Of this increase, Kenshoo says half of all retail search clicks were on smartphones. Meaning mobile is really driving clicks. 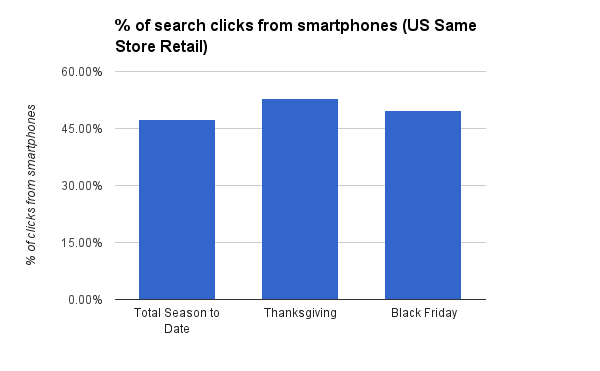 Kenshoo took data for its study starting Nov. 1 through Black Friday. During this time, paid search on the whole didn’t increase significantly, only showing a 3.7 percent increase over last year.

However, there were other more impressive signs of growth within this number. Kenshoo found more companies’ search budgets are being used towards shopping campaigns, with product ad spend within search increasing 35 percent.

Even more, mobile product ads were up a whopping 85 percent and now represent 10 percent of total search spend from the beginning of the study to Black Friday.

With these numbers it’s probably no surprise that mobile is seeing more investment year-over-year, according the Kenshoo. The company claims there is a 64 percent increase for mobile search spend over last year. 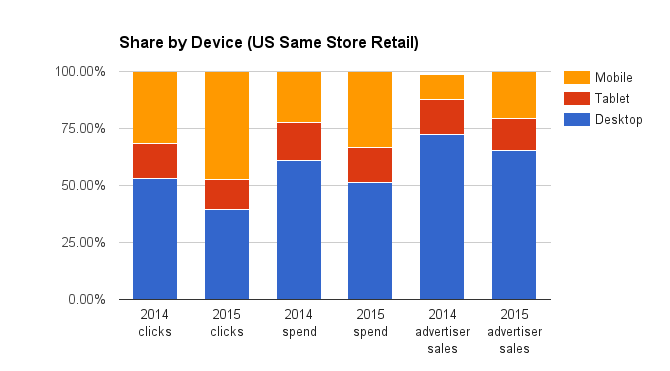 The holiday season shopping extravaganza might also be catching on internationally as well. Kenshoo’s study also took a look at the U.K. and found Black Friday search sales rising almost 25 percent and search spend up around 14 percent.

See Also: Selling an Android Phone? Your Data May be Recoverable

So the question now is, could Thanksgiving be the new Cyber Monday?