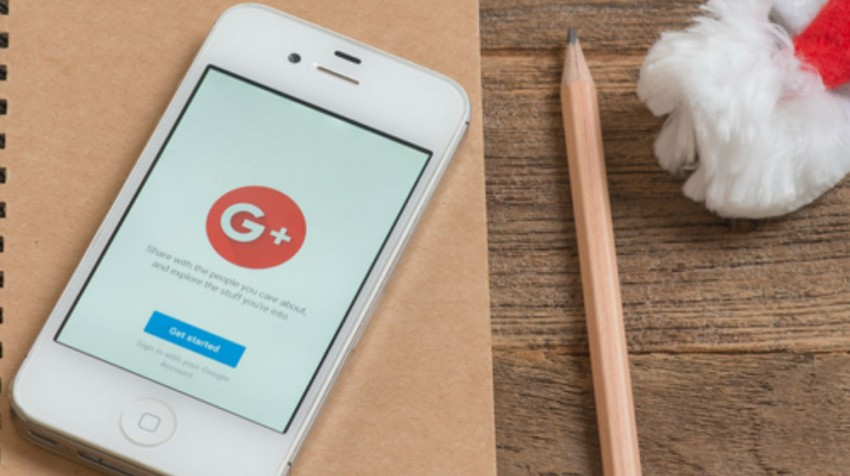 When customers go online to search for a local business, they look for things like reviews, location, hours and other general info. Since Google is one of the first places most customers turn to when looking for such information, it’s important that the search engine makes it easily available.

To that end, Google announced a redesign for Google Plus local pages. But that wasn’t the only big name that made headlines this week. Microsoft, WordPress, GoDaddy and more all found themselves in small business headlines. Read on for a full list in this week’s Small Business Trends news and information Roundup.

Google Plus Local Pages Get Redesign

One of the first points of contact for customers and businesses in today’s digital world is the search engine. And when someone looks at a particular company, the reviews it has received from customers greatly impacts whether they take a look at it, or move on to another business.

Effective communications is one of the hallmarks of a good business and, in the past, the best of breed solutions were only available to enterprises. This left small business wanting when it came to accessing needed technologies and resources.

WordPress, the popular content management system (CMS) that powers 25 percent of the websites on Earth (including many business websites), has launched WordPress version 4.4. Codenamed “Clifford” in honor of jazz trumpeter Clifford Brown, WordPress 4.4 is already available for update or download.

GoDaddy has acquired a portfolio of domain names from WorldWide Media Inc., a total of 70,000 in all. The acquisition, for an undisclosed amount, is meant to offer users a wider range of domain names. The portfolio consists of domain names like iBill.com, CarAuctions.com, 373.com and Faculty.com.

Businesses Switching to https May Still Be Vulnerable, Report Says

Digital technology has opened a world of solutions for small businesses by delivering increased levels of efficiency across the board. But it has also introduced threats to which they had never been previously exposed.

As the year winds to a close, you’re probably taking a look back at your year and taking a hard look at what worked, what didn’t and starting to craft some goals and strategies for the new year.

The Gifts Your Employees Do NOT Want This Year

Ah, holiday gifts. Giving a good one can earn you major bonus points. But giving the wrong one can flush your reputation quicker than it takes to return it. The stakes are especially high when giving holiday gifts to your employees and coworkers. These are people with whom you probably don’t share a strong family bond (except in the case of a family business, or course.

The U.S. Treasury Department has unveiled a solution it says will allow small business owners to provide retirement plans for their employees and themselves. The new myRA, My Retirement Account, was prompted by the U.S. government’s concern for its retiring citizens. Policy makers have come to the realization that the majority of Americans will unfortunately face a bleak retirement.

Some 40,000 small business franchises operating in more than 75,000 locations across the U.S. are at risk of failing if a ruling redefining franchise owners as “joint-employer” is not blocked, recent FRANdata research notes.

Microsoft has unveiled a new initiative called the Bing Ads Elite SMB Partner Program for small and medium sized business partners who have successfully helped SMBs to find their own success. The company considers partners as the chosen few who have an in-depth understanding of Bing Ads solutions and the search advertising landscape.

DoubleClick, the ad-serving giant owned by Google, has unveiled native ads that defeat ad blockers. The move comes at a time of growing concern among online publishers that increased use of ad blocking tools by consumers undermines their business model.

If You Sell Through Google Shopping, These New Updates May Affect You

If your small business regularly sells products via Google Shopping, a new reorganization of the company’s policies is on he way. Though the company insists the new policies are mostly a simplification of the way merchants currently do business.

Swatch Deal with Visa Could Have Customers Paying with Their Watch

Swatch is partnering with Visa to offer contactless, wrist-based payments. Following the unveiling of the Swatch Bellamy in China back in October, the Swiss company, which is the largest watchmaker in the world by revenue, announced that it will be expanding the launch to the U.S., Switzerland and Brazil in early 2016.

Good news for online merchants selling products and services to customers in international markets. According to a new PayPal Cross-Border Consumer Research 2015 report (PDF), cross-border sales are on the rise, and the U.S. is the most preferred destination for online shopping. The findings reveal a number of interesting consumer insights.

Opening a retail store is hard work. It’s also an incredibly expensive and risky undertaking for very small businesses. But Public.Factory is working to create a new retail experience that makes it easier for brands to showcase their products in a retail setting, while also making it easier for customers to shop.

Not that long ago, small businesses had personal relationships with their local banks. But that was before the financial crisis of 2007-08 and the global economic collapse, followed by the consolidation of many institutions into fewer and fewer banks.

New legislation recently passed is expected to assist small businesses impacted by one of the most disastrous storms of the previous decade. But that help comes 10 years after its initial impact was felt. Even today, everyone remembers Hurricane Katrina. Reaching landfall on the coast of Louisiana in August 2005, Katrina wreaked havoc on New Orleans.

See Also: Is Your Business Making One of These WordPress Mistakes?

Open Internet, perhaps better known as Net Neutrality, has been a hot topic of debate. The Federal Communications Commision (FCC) adopted the new Open Internet rules in February of this year, but gave some small businesses a temporary exemption. But a recent letter from the U.S. House Small Business Committee is asking the FCC to make the exemption permanent.

Defense Contractors – Are You Up in Arms Over New DOD Cyber Rule?

Well “up in arms” may be a bit strong. But small business advocates like Carol White, the Air Force’s deputy director for small business programs, are reporting that a recent Department of Defense contracting rule may put small government contractors at a disadvantage. That’s according to a report from Federal News Radio.

In the last couple of years, the number of shoppers using mobile devices to make purchases during the holiday season has increased rapidly. If Facebook is to be believed, it promises to be no different this year. According to a Facebook IQ article, the percentage of online purchasers transacting on a mobile device will rise by 30 percent this holiday season.