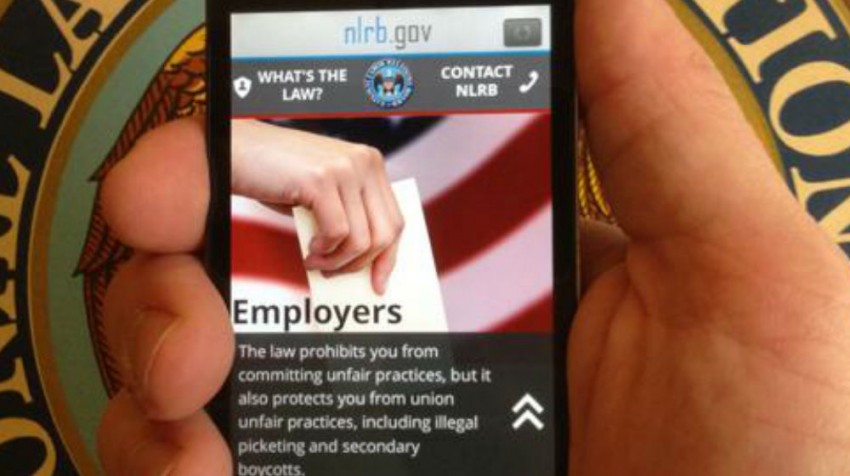 On August 27, 2015 the National Labor Relations Board made a ruling with implications that could be felt widely among small businesses.

Today, a group of legislators and a coalition of small business owners are fighting back. They are making an effort to delay implementation of the ruling before what they consider irreparable damage is done.

That damage could affect small franchisees and other small businesses.

The NLRB’s ruling held that in certain circumstances two companies could be considered “joint employers.” If labeled a joint employer with another company (especially a large corporation), small businesses could find themselves subject to labor-related rules and scenarios that otherwise would not apply to them. The implications could impose extra cost and regulatory burdens on small businesses.

Background of the NLRB Ruling

To fully understand the decision’s implications requires some background about the ruling and what it seeks to do.

The actual decision concerned whether Browning-Ferris Industries of California, Inc., a waste hauler, could be considered a “joint-employer” with Leadpoint, a company that supplied the waste hauler with contracted employees.

In a split 3-2 decision, the labor board decided that it could. Now, you may be asking yourself, how does a decision involving the relationship between a waste hauler and the company that provides its contract workers affect my small business … or my franchise.

In making this decision, the NLRB departed from previous definitions of what constitutes a joint employer.

In doing so, the board is suggesting that anyone who exerts “indirect control” over a worker’s terms and conditions of employment — even if that worker is an independent contractor — is essentially an employer.

Now you may begin to see the implications.

Critics of the NLRB’s actions — and the two dissenting Board members — point out that the implications could be far reaching and impact smaller businesses with unintended consequences. If this ruling is applied to various situations, it might mean that independent owners of a franchise or other small business with a small number of employees or contractors could find their businesses:

The two dissenting Board members raised the concern that the ruling interjects uncertainty into business relationships and imposes a never-before-seen test that extends far beyond congressional intent.

“The survival of small businesses in America is at stake,” said Michael Layman, Executive Director of the Coalition to Save Local Businesses, which hosted the call.

Some 40,000 small business franchises operating in more than 75,000 locations across the U.S. are at risk of failing if a ruling redefining franchise owners as “joint-employer” is not blocked, a recent FRANdata impact study notes (PDF).

Small businesses, including franchisees, “are not the enemy,” Bidwell said. He described Browning-Ferris as a “dangerous attack that will result in damage created by the NLRB.”

Legislators hope to delay the ruling’s implementation by placing a rider on an omnibus spending bill scheduled for passage later this week.

Editor’s Note: The above story has been updated to further explain the impact of the National Labor Relations Board’s recent ruling and what it could mean to franchise businesses.