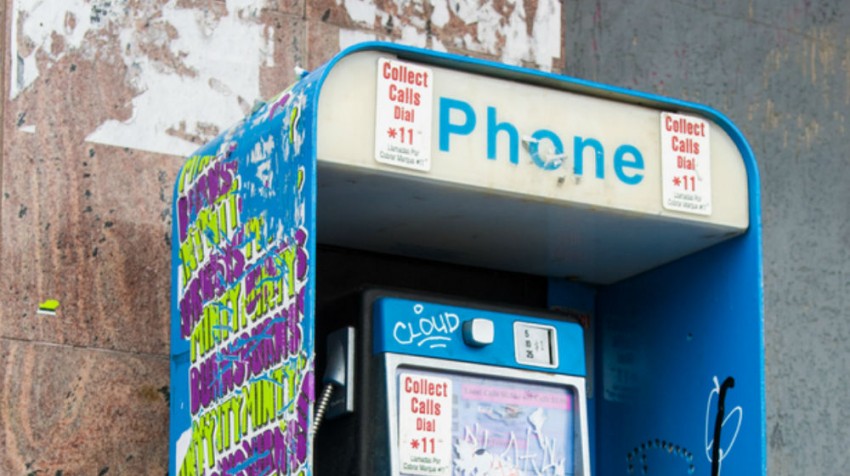 In an effort to keep up with the demand for fast public WiFi, New York City Mayor Bill de Blasio and LinkNYC have teamed up to replace 7,500 pay  phones with WiFi hubs. The plan will create a first-of-its-kind communications network across the five boroughs with new structures called Links — providing super fast WiFi to millions of New Yorkers and visitors.

And that could include famously mobile small business owners who may be in town for a business meeting or event and need quick free Internet or recharging for a device.

The new hubs will be equipped with free services like high-speed WiFi, phone calls, a tablet for web browsing and a device charger for anyone living in or visiting New York City to use. Features are free to the public. They also come at no cost to taxpayers.

Instead, the system will use 55-inch advertising displays to serve that will not only pay for the service, but is also projected to generate $500 million in revenue over the next 12 years.

The launch of LinkNYC will soon begin with a beta phase, giving New Yorkers an early opportunity to try out features and provide feedback so developers can improve the overall experience. Additional apps and services will be rolled out over the next few months and over the next decade.

In an official release, Mayor De Blasio called expanded broadband access “essential for everything we need to do to be a fair and just city,” adding that the system would be “the fastest and largest municipal WiFi network in the world,”

LinkNYC offers gigabit WiFi speed which in perspective is up to 100 times faster than the average public connection you get from your favorite cafe and the LTE phone carrier on your phone. This allows you access to the signal with any WiFi enabled device: smart phone, tablet, laptop and even your smart watch up to 150 feet from each LinkNYC.

Of course, it’s no news that public WiFi networks are not secured. In fact, a study by online security experts Risk Based Security recently put those risks into perspective.

What  security measures will LinkNYC put in place to protect the security of users logging on to a WiFi network encompassing one of the busiest metropolitan areas  in  the world?

While small business owners on the go may adore the convenience of being able to log on from anywhere in the city or when on the road, the question remains.

Will you be compromising sensitive business information or even personal data on your devices simply by signing in?