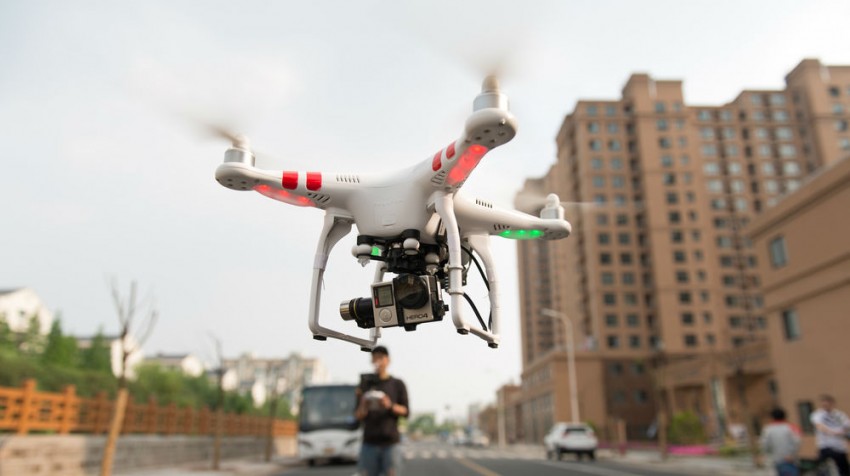 The tools that you can use to run your small business are constantly changing and evolving. In the new year, concepts like mobile ads and even drones are likely to come up quite a bit, as they sometimes did in 2015.

This week, Google made headlines by unveiling a new look for mobile text ads in AdSense. And the FAA also made news by requiring almost all drones, even non-commercial ones, to be registered. These and more small business updates are included below in this week’s Small Business Trends news and community roundup.

Google has given AdSense mobile text ads a sleek new look. In a recent article on the official Inside AdSense blog , the search engine giant has unveiled the new format that “allows for higher performance with a more beautiful and user-friendly appearance.” The redesigned version has been rolled out on mobile devices, so you should be able to take a look at it right now.

FAA Requires Drone Regulation — Whether Used for Commercial Purposes or Not

Whether you are using your new drone for business or any other purpose, all drones within a certain weight range must now be registered with the federal government. The U.S. Department of Transportation’s Federal Aviation Administration (FAA) has announced its strategic drone registration site that’s now up and running.

Deadline Looming for Verizon, Sprint Refunds: Have You Applied?

You only have until December 31 to file for a refund from one of two wireless communications giant: Verizon Wireless or Sprint Mobile. If you’re like many small business owners, you’re forever trying to figure out how to make your money go just a bit further.

Aplus.net, Deluxe’s domain registration and website hosting company, is now offering premium domain names, Linzi Breckenridge, VerticalResponse’s Senior Content Marketing Manager said in a blog post. A premium domain is a pre-owned domain name that is now available for resale at a premium price. The name is considered more valuable because it is shorter so users can easily remember.

Future Tablet May be Digital Paper — And You Can Share Files

Television shows and movies have long envisioned a future where all of the data anyone could ever need to access is found on paper thin sheets of plastic that can be connected to a hard drive. The allure of this is easy to understand. After all, if we could turn this futuristic sci-fi concept into a reality, we would no longer need expensive monitors to display information.

Are Shiny, Metallic or Tactile Business Cards the New Norm?

Signals Are Mixed About Whether Clicks Help “Google My Business” Ranking

Google originally acknowledged that clicks do help “Google My Business” rankings earlier this month then seemed to reverse itself on the subject. The about-face from Google was observed by Barry Schwartz of Search Engine Roundtable. The reversal on Google’s part leaves those working to promote their brands through Google My Business to wonder which is the case. On Dec.

One of the newest business movies for entrepreneurs, “Joy” premiered in theaters on Christmas Day. The film, starring Jennifer Lawrence and Robert DeNiro, details the life of entrepreneur Joy Mangano, inventor of the Miracle Mop.

Instead of removing seller listings for brand name misuse (in other words, keyword spamming) eBay has resorted to editing listings, observers have reported. Previously, eBay simply removed listings that violated its policy and would send out an email to the seller notifying them of the same. However, editing a seller’s listings to fit its policy has been unheard of up until now.

For the past year, the tastes of Americans have been changing. Trends in everything from food preferences to religious practice are in flux. And, as a small businesses owner, depending upon your market, it may not hurt to get ahead of some of these shifting interests. Some of the most interesting changes are reflected in a recent infographic from Foursquare (see below).

Training and educating team members can seem like a tedious task for any business. But Avanoo does employees  training in small increments so that it can actually be effective and helpful, without stealing away hours of productivity. Read more about Avanoo and the training the company offers in this week’s Small Business Spotlight.

The Next Logical Step In Facebook’s Video March?

Facebook has been increasing its video content features in an effort to compete with rival YouTube. And that includes Facebook video advertising. As a next logical step in Facebook’s video march, the company has now launched a new option for advertisers to bid for 10-second video views on a cost-per-view basis.

Looking for a good plumber or a highly recommended wedding photographer? You will soon be able to find local service providers on Facebook. The social networking giant has quietly launched a new feature called Facebook Professional Services that directs you to the best rated and reviewed service providers in your area.

Nick’s Roast Beef celebrated its 40th year in operation in 2015, something about which most mom-and-pop shops can only dream. It wasn’t long after the birthday celebration, however, that the owners were forced to wake up from that dream when they were indicted on 17 federal criminal counts.

The Valuation of Early Stage Companies has Risen Sharply

The valuation of early stage venture capital-backed startups jumped dramatically in 2013 and 2014, after modest increases over the previous nine years, data from law firm Cooley LLP reveals. Cooley reports the typical valuation of companies in transactions in which the firm served as issuing counsel either to the investors or to the company raising money.

Drone and Operator Photo via Shutterstock