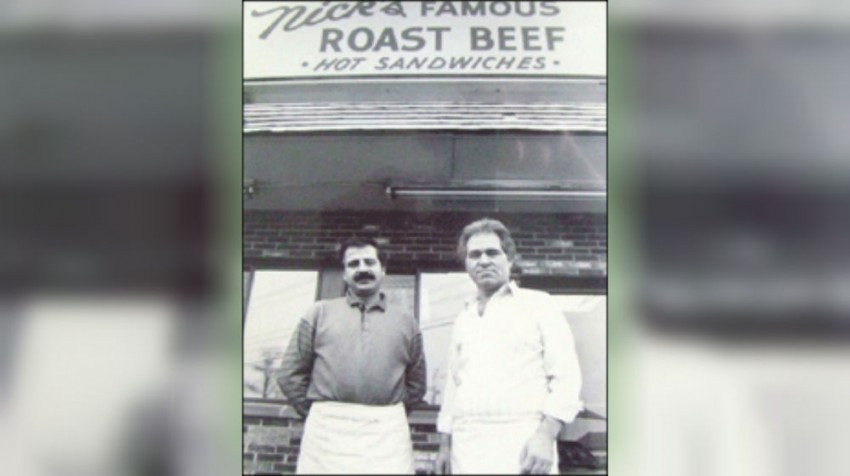 Nick’s Roast Beef celebrated its 40th year in operation in 2015, something about which most mom-and-pop shops can only dream.

It wasn’t long after the birthday celebration, however, that the owners were forced to wake up from that dream when they were indicted on 17 federal criminal counts.

The popular sandwich shop, located in North Beverly, Massachusetts, was recently targeted by the Internal Revenue Service, which claims the small, cash-only location has withheld millions of dollars in taxes.

The IRS accuses the small shop failed to pay taxes  on more than $1.3 million  in taxes over a seven year period, as well as paying suppliers and employees under the table without taxes being applied.

The owners, Nicholas Koudanis and Nicholas Markos, along with Koudanis’ wife and son, were arrested on December 10. The business owners have been charged with conspiracy to defraud the U.S.government and 10 counts of aiding and assisting in the filing of false tax returns, Wicked Local reported.

All of that may or may not be true since the case has yet to be heard in court. What is true, say experts, is that the IRS has a history of targeting such businesses because they have difficulty fighting back.

For example, according to Watchdog.org, a site maintained by the Franklin Center for Government and Public Integrity, the majority of payouts under the IRS Whistleblower program launched in 2011 are for under $2 million. So this suggests smaller businesses may have been the main focus of the program thus far.

There are probably a few reasons small business like Nick’s make such appealing targets for the agency. One is that they take in receipts and even pay suppliers with cash only.

Many small businesses go this route because of the high fees associated with credit cards. The cost of processing these payments can often be high cutting into profits. But this can also make record keeping more involved without credit card receipts to go by. Payment delays can be costly too, especially for businesses that may already be struggling.

Unfortunately for Nick’s, the business’s way of avoiding these steep fees may have ended up costing a lot more in the long run.

Also, court costs are high and small businesses sometimes can’t afford the representation needed to fight back against the federal government in such situations. That’s despite the fact that many corporation may be equally or more guilty of tax avoidance, defense attorney Joel Androphy told Pavlo in an interview.

But if federal officials make claims that larger amounts were withheld, a charge of laundering could easily be added with the likelihood of a decade in prison. And it could easily be understood why defendants in this instance might take a guilty plea in exchange for a reduction in the charges.

In the end, businesses that take cash only and are too small to fight an IRS probe may often be the agencies main targets. Small businesses owe it to themselves to adopt the most sophisticated method of tracking earnings and payments they can afford. This may include better bookkeeping software and better methods of processing payments.

Better more sophisticated tracking will decrease the amount the IRS can read in to your bookkeeping and accuse you of wrongdoing.