What Can a Promoted Trend on Twitter Do for Your Business? 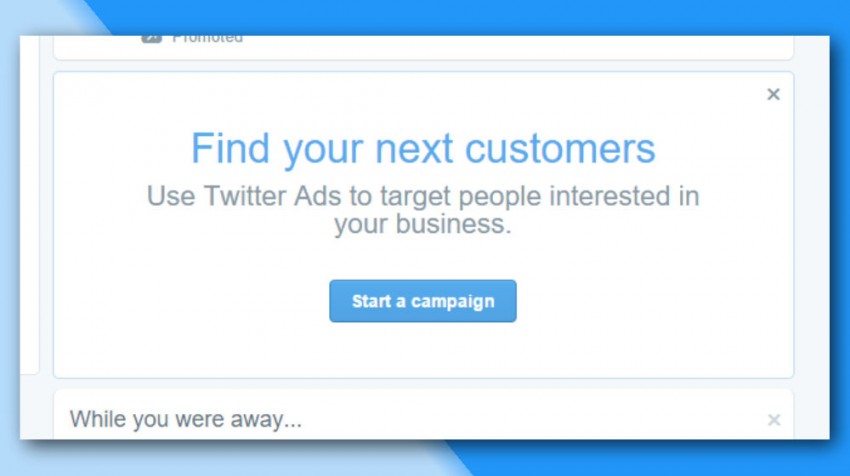 Sometimes, new social media tools and features seem to muddle up the experience instead of enhance it. But some extremely useful (and largely untapped) changes to Twitter’s interface options can help your company unleash a surge of advertising influence.

Twitter Promoted Trends allows you to purchase an ad unit that will appear within users’ timelines for a specific period of time on Twitter, as well as on its platforms for Android and iPhone and on TweetDeck (which allows users to access several accounts at once).

What’s more, Twitter’s new Moments feature eliminates the need to follow other users in order to create a newsfeed, instead offering a tab of the latest headlines on its mobile app.

While this might seem like an obvious and fairly simple advertising move, it allows you to capitalize on Twitter Promoted Trends in tandem with an event or campaign you already have in place elsewhere on social media.

Not all brands can afford to spend endlessly on advertising, but if you can keep a finger on the pulse of Twitter trends, you can economically increase awareness of your brand. The venture won’t be entirely free, but it will allow you to create and promote much smarter, savvier content.

Is it Worth the Cost?

With marketing strategies constantly adapting in an attempt to grab the ephemeral attention span of today’s consumer, it’s important to invest in what will make the biggest impact right now.

Small businesses may have a tough time paying the fees for Promoted Trends — which cost around $200,000 a day — but they can still participate. Riding the coattails of bigger brands that are not direct competitors puts your company in front of more eyeballs for very little cost (and could even land your lesser-known brand on the map).

Twitter Promoted Trends can boost the conversation around your product or brand, but it’s important to understand how to use them strategically for the greatest effect.

No advertisement should exist as an island. Introduce a hashtag that you can incorporate on Twitter and other social media platforms to bring the campaign full circle, like UNREAL Candy did. While its video is a bit on the long side, the brand used hashtags related to its content and used those hashtags in its tweeted content.

For example, listen to the conversation among users on Twitter by doing a search for a Promoted Trend hashtag that relates to your campaign — then, send those users who have interacted with the Trend coupons for your product or service. Or, purchase Promoted tweets (which are cheaper and available via auction) but use a hashtag from a bigger brand’s Promoted Trend within those tweets to target consumers who are already interested in the overall topic.

Promoted Trends on Twitter can stretch ad dollars further than money dedicated to TV advertising spend alone, but you can also combine them to reap a more massive payoff, even if you only run TV ads in key cities.

Nielsen stats show that CPG brands in the U.S. drove 8 to 16 percent more sales running paid media via Twitter and TV concurrently than they did when running only TV ads. Just make sure your TV spot prominently features the hashtag of the Twitter Promoted Trends you’ll use — then, the work is nearly done for you.

Remember that taking advantage of Twitter Promoted Trends isn’t going to result in direct responses. Don’t think of them as bottom-of-funnel sales tools because that won’t work; they are top-of-funnel vehicles that simply drive awareness to your website.

A study conducted by Twitter found that consumers were 151 percent more inclined to tweet about the virtues of products after seeing them promoted with a paid Trend, and the number of tweets about intending to purchase or actually buying said products increased, too. The results are truly staggering: Even three weeks after a Promoted Trend ran for just 24 hours, brands continued to see a 20 percent increase in related conversation.

Innovation begets innovation, and by using these easy tactics to make major ripples in the Twitterverse, you can increase profitability and brand awareness. This strategy can work for every business, but particularly for those companies that want to launch a new product. The strategy can help those that have large geographic footprints they need to cover or those that don’t have big marketing budgets and need a boost.

All it takes is awareness of your target consumer and a little research to master this exciting new facet of Twitter to take your ad game to a whole new level.