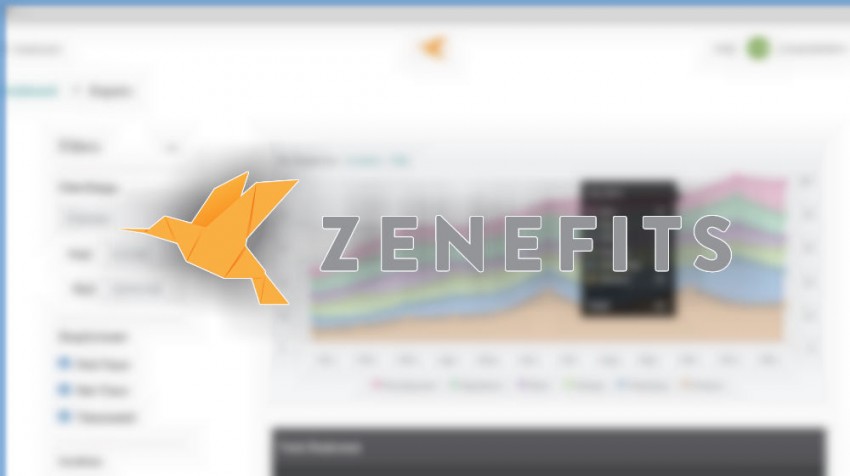 Startup Zenefits, which offers small businesses an online platform for running human resources, is under the spotlight over health insurance licensing issues following an investigation by Buzzfeed News.

The company “apparently flouted insurance laws by allowing unlicensed brokers to sell health insurance,” Buzzfeed reports, adding that this “approach … led to at least one regulatory inquiry into the legality of its operations.”

The Silicon Valley company, valued at $4.5 billion earlier this year in a funding round, offers a range of human resources-related solutions in addition to health insurance, including payroll, onboarding, compliance and vacation-tracking. It offers small businesses its services for free, noting that it can do so because it’s paid “by benefits providers — for example, your health insurance carrier — if you choose to manage your benefits through Zenefits.” However, even companies that don’t use the benefits solution can get free access to Zenefits’ Core HR platform.

Zenefits generated a noticeably high level of praise from investors and journalists following its 2013 launch. Hollywood celebrities Ashton Kutcher and Jared Leto are investors in the privately held company. Buzzfeed notes another investor is VC firm Andreessen Horowitz, which “invested more money in Zenefits than in any other startup in its portfolio,” adding that Andreessen Horowitz also is a Buzzfeed investor.

Zenenfits, according to Buzzfeed, is “fundamentally… an insurance brokerage firm, collecting recurring commissions when it sells health insurance policies to those businesses. It says its technology and user-friendliness can help it displace stodgy insurance brokers and claim their lucrative commissions.”

Buzzfeed notes that Zenefits “has repeatedly failed to enforce legal requirements that anyone selling a health insurance policy have an appropriate state license …” Zenefits “allowed numerous salespeople to act as insurance brokers in at least seven states without licenses to do so, according to internal emails and records, as well as interviews with eight former employees with direct knowledge of the matter.”

One key issue is whether some current and former Zenefits employees sold policies to businesses without the proper licensing, Buzzfeed reports. Wahington state’s insurance commissioner is currently looking into whether Zenefits “operated there without licenses,” Buzzfeed notes, attributing this to agency spokesperson Stephanie Marquis, who also told Buzzfeed that the state inquiry was launched earlier this year.

BuzzFeed reviewed examples of “the unlicensed sale of insurance by Zenefits employees dating back as far as the summer of 2014 and continuing through this summer. It is unclear when the practice began and whether it continues today; the company says it now has strict procedures in place to enforce licensing rules.”

Zenefits spokesperson Kenneth Baer says in a written statement provided to BuzzFeed News that: “It is — and has always been — Zenefits’ policy that every individual who sells insurance at Zenefits, as well as the company itself, must be licensed to sell insurance. Zenefits has more than 280 active resident insurance licenses and more than 2500 active non-resident licenses, and these licensed brokers have sold thousands of insurance policies over the past two-and-a-half years.

“When we started Zenefits, we followed a practice common to many small independent brokers of having each broker licensed in their home state and having the agency itself also registered in all 50 states so as to allow out-of-state sales,” Baer adds. “As we have grown so have our compliance procedures.”

Baer also writes, “We have taken corrective action, including terminating the employee, when we have learned of violations, either because individuals failed to pass the brokerage exam or have otherwise violated our licensing policies.

“Any accusations of other individuals violating our licensure policies will be thoroughly investigated, and we will take appropriate remedial action,” he adds.

In Washington state, selling insurance without a license is a felony, which can mean prison terms of up to 10 years, Buzzfeed reports. Also civil penalties can cost as much as $25,000 per violation.

Zenefits senior sales operations manager Niji Sabharwal is quoted in the Buzzfeed story as having told sales reps in April that “You are putting the company at risk” by not “immediately” getting broker licenses in Washington.

Zenefits, Buzzfeed reports, took action when the state inquiry was launched. “Sales reps who had closed deals in that state were told of the inquiry by a Zenefits senior sales operations analyst, Erin Stephens, in an email in early April. The subject line read ‘URGENT — Get Licensed in Washington,” the site  reports.

“The email, and two follow-up notes, were sent on a Thursday. On the following Monday, 22 Zenefits employees became licensed brokers in Washington, state records show. Four others received their Washington licenses later that month.”

This July, more than two years after its founding, the company debuted a standardized “license management system” that tracks licensing, Buzzfeed reports, basing this on an internal Zenefits email.

The report also highlights that Zenefits managers “in many cases showed a blasé attitude toward the requirement, pushing the unlicensed reps to meet sales quotas,” according to former employees who spoke with Buzzfeed.