5 Simple Reasons You Shouldn’t Be Afraid of Selling 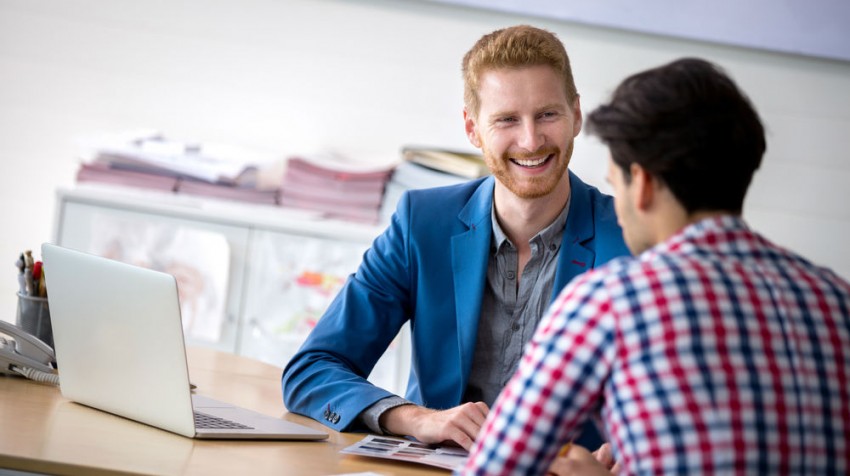 Many entrepreneurs are afraid of selling. It’s a pretty common fear.

Chances are there have been times when you have been afraid of persuading prospects to become customers. There are plenty of reasons why entrepreneurs might be afraid of selling.

You might be afraid of coming off too pushy. Maybe you’re concerned that you won’t be able to effectively communicate the value of your offering. You may even be afraid of rejection.

These are all valid fears, but they shouldn’t keep you from learning how to sell.

While there are many reasons to fear selling, there are also great reasons why entrepreneurs shouldn’t be afraid of selling. That’s what this article is about.

Why You Shouldn’t Be Afraid of Selling

Entrepreneurs Must Sell To Succeed

This is the most obvious reason not to be afraid of selling. Without being able to sell effectively, you won’t succeed. Your success is highly dependent on your ability to persuade.

If you can’t close more deals and get more clients, your business will not grow. It’s a no brainer.

But it goes even deeper than that.

Persuasion isn’t just something you will do in order to turn more prospects into customers. There are several other areas where persuasion is important. It’s safe to say that most of what you do as a business owner involves persuasion.

Here’s some of the other areas where persuasion is necessary:

Let’s face it. If you’re building a business, entrepreneurial selling is a non-negotiable factor.

Rejection Is a Good Thing

One of the biggest fears anyone faces when they have to sell is the fear of rejection. It’s something we all deal with.

To the entrepreneur, this can be a particularly ugly word.

When you’re a sales professional who works for another company, rejection is hard. However when a prospect rejects you in this scenario, they’re rejecting the offering of the company you’re working for.

When you’re an entrepreneur, it’s different. It’s different because when a prospect says “no” to your offering, they’re rejecting something you personally worked hard to create. They’re saying “no” to your company. Since you’re far more attached to your own products, this can make the rejection sting even more.

Here’s the problem: we tend to magnify the actual impact of a rejection. We treat rejection as if it’s a cataclysmic event that will devastate us.

Here’s the truth: rejection really isn’t that bad. As a matter of fact, it’s a good thing.

There, I said it.

When you learn how to view rejection in a healthy way, it becomes a tool that helps us get better at selling. Not only that, it makes us tougher.

When I first started selling, I found it pretty difficult to deal with the constant rejection. Each “no” was like a blow to my ego. To make matters worse, the sting of each rejection carried over into the next sales call which meant that I didn’t perform as well as I normally would.

It’s like each rejection built on the last one until I found myself in a cycle of discouragement. It wasn’t fun.

But as time went on, I learned to shrug it off. Not only that, I got used to it. When you get rejected over and over again, it starts to lose its sting. It hurts less.

That’s why the best way to get over your fear of rejection is to get rejected as much as you can. It sounds counterintuitive, but it’s true. The more you are exposed to rejection, the faster you will become immune to its effects.

When this happens, you begin to take each rejection as a learning opportunity. You can take a step back and figure out why you were rejected. You can evaluate your performance and figure out your opportunities for improvement.

The More You Do It, The Easier It Gets

Another reason entrepreneurs can be afraid of selling is because they believe only certain people can be good at it. It’s like they believe one has to be born with the ability to sell.

It’s not true. Anyone can learn how to sell if they’re willing to commit to honing their skill at persuasion. Learning how to sell is a process. It requires patience and practice.

It’s just like any other skill. The more you do it, the better you get at it.

If you want to get good at selling, you need to commit to constantly improving. Not only do you need to practice, but you also have to learn. There are several ways to learn how to become a better salesperson.

When you dedicate yourself to learning how to become a better influencer, you will eventually find it easier to move others to action.

How many times have you thought of sales as a sleazy, manipulative profession? It’s a common misconception.

Yes, it’s true that many salespeople use their persuasion skills dishonestly.

But good salespeople see persuasion as a tool that is used to make a positive difference in the lives of their prospects. It’s a way to help other people.

Think about it. If you have prospects that truly need your offering, you are doing them a favor by convincing them to buy it. When you have a mindset that is focused on solving the problems of your prospects, it actually makes it easier for you to convince them to buy your offering.

It’s easier because your prospects can see that you’re not just out to get their money. You actually care about their well being.

If you want to reach your full potential as an influencer, you have to continually remind yourself that you’re trying to make a positive difference in the lives of the people around you. You have to stay in touch with your purpose. Remember why you decided to start this business in the first place.

When you keep your mind focused on your “why” it inspires you to keep moving forward. It also helps you sell more effectively because you’re selling with conviction.

Selling Can Be Fun!

As hard as it may be to believe, selling is actually fun! Yes, that’s right. Convincing prospects to become customers can be very enjoyable.

If you’re doing sales the right way, it can create great relationships that enrich your life.

At its core, sales is about connecting with the people you desire to help. When you’re focused on helping instead of selling, it does something more than generate revenue. It helps you establish a bond with others. These are people who value you and want to interact with you.

Selling doesn’t have to be scary. If you’re starting a business, selling will be a big part of your life.

Here’s the bottom line: anyone can learn how to sell. If you’re willing to put in the effort, you can become a better influencer.

The first step is getting past your fear. By doing this, you will find that sales isn’t something to be afraid of.