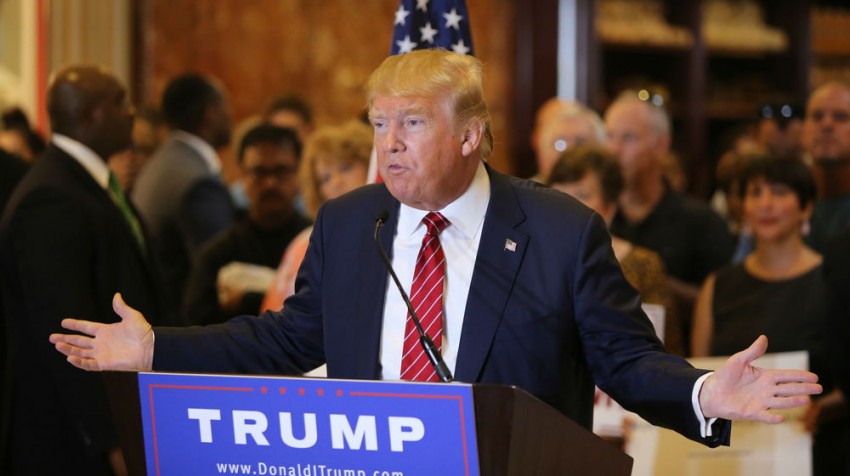 The great thing about an election season is the sales and marketing lessons we can learn watching the candidates.

Why have Bernie Sanders and Donald Trump done so well in the polls and with voters?

It’s because they speak to people’s hearts and emotions. Their messages resonate on an emotional level with voters.

Barack Obama had the same impact when he talked about hope and change. People wish for a better world; they want to believe that things can be better and more just.

Sanders has a clear view of who his audience is and he speaks directly to them in an authentic way.

Trump is doing exactly the same thing. He’s talking off the cuff. He’s not scripted. He’s saying what comes into his head. And he’s saying it in a very passionate way to a specific constituency. It’s not necessarily the substance since, realistically, Trump doesn’t have much substance to what he says. He’s not saying HOW he’s going to do certain things.

And because of his history, because of how he’s saying it, because he’s tapping into the things people are worried about, the things that they want solved, they are saying to themselves – okay, I’ll trust you. I’ll trust you because you are genuine, because you are authentic. He is totally different from the ‘establishment’ candidates who speak for sound clips and from prompters.

People feel like Trump is one of them, even though he isn’t, because of the way he is communicating.

How can we use what we see these two candidates doing in our businesses, in our sales effort, and use it to sell better?

They say people buy because of pain, either to avoid it or stop it. So, if you think about sales and marketing in that way, we can say people part with money when they believe that what they are going to buy is going to help them solve a problem. It’s going to either make them money or save them money.

It’s going to solve some sort of problem they are having, it’s going to make their life better, or their business better.

There are three key elements of what Sanders and Trump are doing that impact their ability to tap into the ‘pain’ of their market. Those three things have the same relevance to sales and marketing. They are:

These three things work together. You develop trust from other people when you are authentic and you speak clearly and plainly.

The more complicated your communication is, the less people trust what you are saying. It feels like you are trying to convince them.

You are overselling. When you are authentic, when you are honestly and passionately sharing with someone the solution you bring and it solves the problem they are having, you are going to gain their trust. Remember, you are only speaking to the problem you solve. You aren’t trying to fit your product or service into everyone’s world.

Prospects are more likely to want to work with you, to buy what you have to sell because what they are hearing is that you passionately believe you have a solution for them. And you aren’t trying to force it down their throat.

Just like Sanders and Trump, you state your position clearly. You say it to the right audience – the audience that is experiencing the problem your product or service solves. You believe passionately in the solution you bring.

And it is that passionate authenticity that will resonate with the prospects who should, and will, become clients.