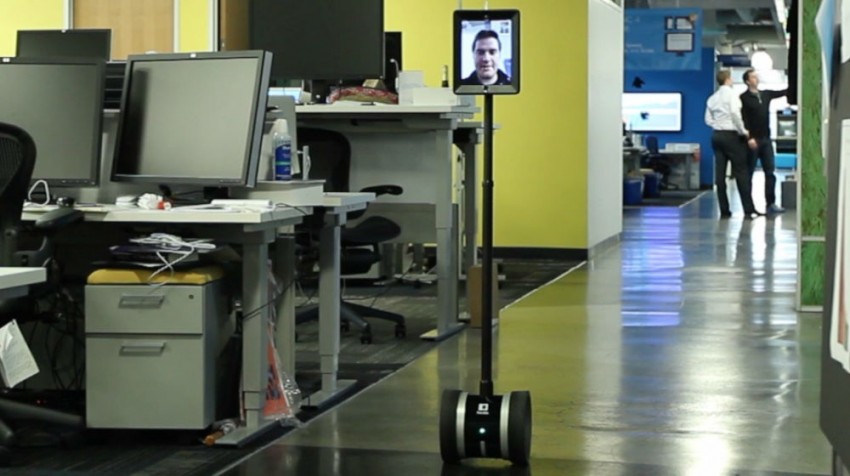 As technology continues to improve and make our lives better, the future of business meetings through virtual presence has stepped up as well.

Research and innovations company Double Robotics has launched its new and improved robot named Double 2 featured at the recent Consumer Electronic Show (CES) 2016 in Las Vegas. Double 2 is a telepresence robot — an upgrade from its previous model — that aims to give virtual presence to telecommuters or remote workers.

Video conferencing has been used in the business world since the 1980s and continues to be a valuable tool in the world of business communication.

But unlike teleconferencing which streams video over a stationary tablet or other screen, the Double 2 robot raises virtually “being there” to a whole new level. The device is actually a mobile robot installed with a camera that gives the telecommuter the freedom to navigate around the office environment taking in presentations and interacting with coworkers. It is controllable using a computer keyboard or a compatible tablet like iPad.

The Double 2 robot has a tablet attached to it with speakers allowing co-workers to see and here the remote employee too. It also enables the telecommuter to capture images from the robot’s surroundings — for example the high points or graphs from an important presentation.

The company’s previous telecommuting robot, the Double, only depends on the camera quality of the mounted iPad used as the robot’s screen for video and photos. But the Double 2 includes a separate 5.0 megapixel camera for more features like wide field of view, Always-on Floor view and Adaptive HD.

Double 2’s camera kit also has a 150-degree wide angle lens that increases field of view to both left and right by 70 percent. The camera kit is backwards compatible, meaning owners of the Double can purchase it to experience the new camera features. 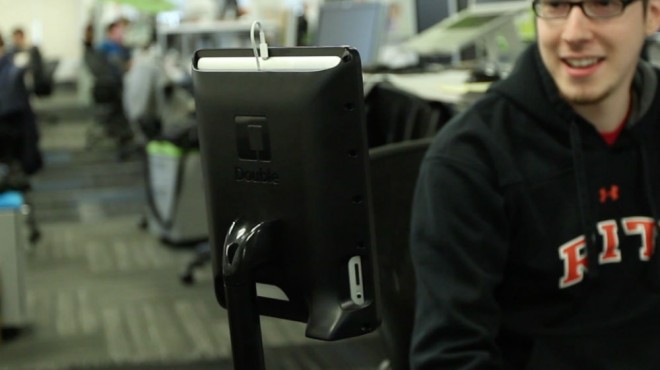 Aside from its communication features, the Double 2 robot boasts new lateral stability control that prevents it from toppling over usual obstacles like cable cords. It now has a Power Drive mode that increases the robot’s driving speed by almost 80 percent.

To date, numerous companies are already taking advantage of the new telepresence technology. Accounting firm Wise Advice in Auckland, New Zealand has hired a robot staff member that provides presence for their accountants at conferences, meetings and trainings without physical attendance. It can also act as a platform for showing presentations and content during trainings, workshops and seminar.

While the main market for Double 2 robot is the business sector, it has a wide range of applications like in the education sector. Ford Sniezek, a 5-year-old student who has a condition that lets him move only his hands, uses Double to experience life inside a classroom. His mom, Kayla, operates the robot using an iPad from their home.