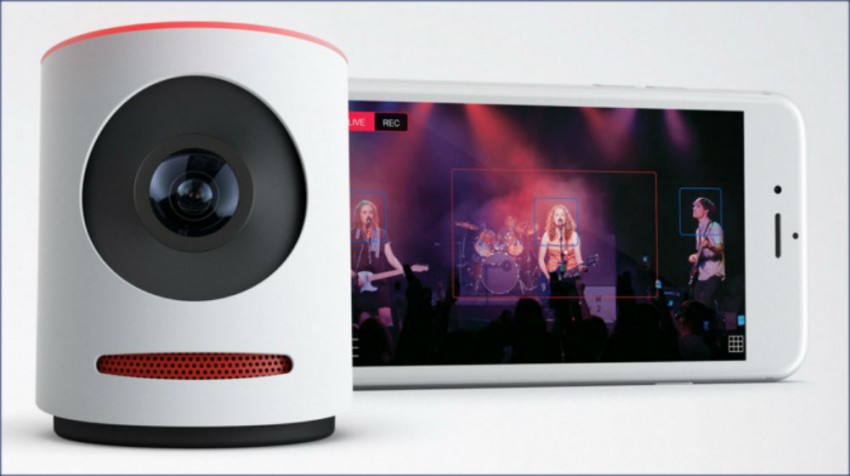 Live streaming was one of the biggest trends last year and will probably continue to be as we get into 2016. The Meerkat app was impressive, but its Periscope that stole the show. Facebook slowly bowed to pressure and launched their own live video feature while Samsung decided to bake YouTube live streaming into their flagship Galaxy Note 5 and S6 Edge Plus smartphones.

Even with all the hype and attention that it’s getting, one of the downsides (some would say advantages) of live streamed video is that what you see is what you get. Generally, you point your camera phone and shoot, and it’s totally unedited.

Capitalizing on the downside of live streaming, Livestream (the company) has launched the Movi, a camera that allows users to edit live streaming video in real time. With the Movi camera, you can now cut from shot to shot, angle to angle, with simple touchscreen commands from your phone.

The camera doesn’t have to be hand-held. It is small enough that you can place it just about wherever you want. It is compatible with standard tripod mounts and it even tilts when placed on flat surfaces so you don’t fill half the shot with the surface image.

It also has a super wide-angle 150-degree 4K lens — about as wide as most small action cameras — and powerful cropping ability that allows you to pick wide, medium and close-up shots.

After setting it up, you can walk way and use an iPad or iPhone to remotely control the camera from a distance over WiFi. The Movi can also turn into its own WiFi if there is no other available network.

But not everyone is impressed with  the initial specs of the device. In particular, avid Periscope user and host of Small Business Trends’ Livestreamed Livelihoods series observes:

“I don’t see the Movi Camera as mobile livestreaming. It’s more like normal livestreaming, but portable and can save a business money and it prevents arm fatigue.”

Periscopers have gotten accustomed to arm fatigue and most love to walk around, go into hot air ballons, etc. Movi Camera isn’t conducive to all that. Tey’re different animals”

The Movi 4K Ultra HD camera will be available for purchase in April this year and will retail at $399. But you can pre-order from the company’s site for just $199.