Handmade Business on the Rise, Business Failures Down 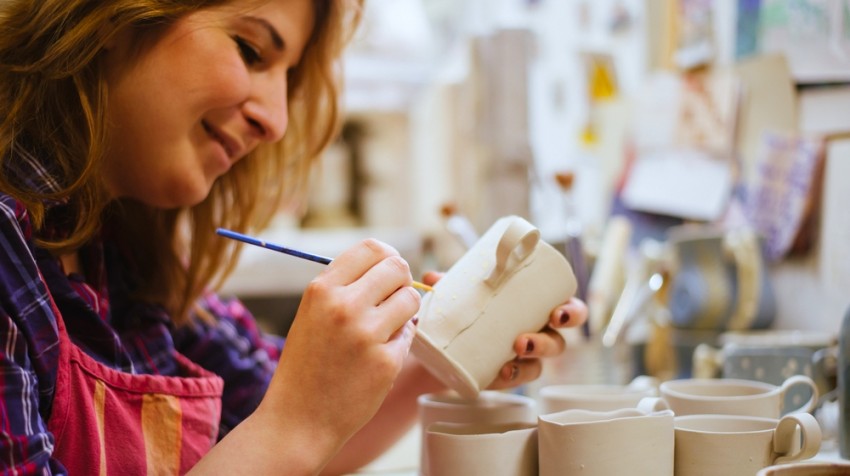 It was a week of big wins in small business. Though it wasn’t planned this way, the debut of a Small Business Trends column on handmade business this week corresponded with more news that the industry is on the rise.

And for those who worry about the overall health of small business, there are some soothing words and some original research out this week from entrepreneurial expert and columnist Scott Shane. It’s all part of the Small Business Trends News and Information Roundup below.

Katie De Valle’s passion is cookies. The owner of Yummy-Yummy Sugar Shop, De Valle has been selling cookies on Etsy for a few years now. But a negative experience with the site recently inspired her to start a new venture. In short, De Valle had a customer, who also happened to be a seller on Etsy, complain about an order.

The eCommerce website Etsy has announced a new feature for its sellers. Called Etsy Shop Videos, the feature is an addition to Etsy’s mobile app where sellers can add videos to their shop pages. Through the “Sell on Etsy” app, shop owners can now take videos of their products using their smartphones and share them directly to their Etsy page and social media accounts.

Portrait of the Handmade Business Owner

Imagine a community of entrepreneurs that has no geographical boundaries. They come from the nation’s most populated cities and its tiniest towns, and they actually make the products they sell — themselves. Such a handmade business owner community exists — and it is not composed of crafters and hobbyists as you might first conclude.

Many observers have become alarmed by the spike in business failure rates that occurred during the Great Recession. Jim Clifton, the CEO of Gallup, saw the rise in business closures as a signal of a decline in American small business. But there is some good news.

Are Your Employees Two-Timing You?

Do you suspect that one of your employees is moonlighting or working another job on the side — and that it’s starting to affect the quality of their work at your business? If you haven’t already run into this employee moonlighting conundrum, you’re more likely to in the coming years.

The City of Minneapolis is moving forward with a controversial Minneapolis sick leave plan that was proposed last year, mandating city business owners must provide earned sick and safe time for all Minneapolis workers.

Star Wars Spoof Raises Question: Do You Know Your Employees?

Since February 2010, CBS television series “Undercover Boss” has been a window into what employees experience in the workplace, and their reactions. But a recent Saturday Night Live spoof takes a very extreme approach to how bosses may react to some of the inevitable … criticism.

Have You Heard of the Flat Lay or Boho Design Trends?

You’ve probably seen Flat Lay design, even if you haven’t heard the term.  Flat Lay design refers to a shot of items lying flat on a table, floor or other surface, shot from above. You see these kinds of images on eCommerce sites and other websites frequently. The Flat Lay design trend is up 160 percent according to the just-released Creative Trends 2016 report by Shutterstock.

Controversial Ad Blockers: Ask Customers to Just Say No to Them?

Ad blockers are every online publisher’s worst nightmare. While Web and mobile users may dislike seeing ads on their favorite sites, they should also remember the value they are receiving as a result. After all, advertising is what pays for much of the free content online.

What Can You Learn From Chipotle About Rescuing Your Brand?

Business success relies on an innovative product or service that effectively catches the attention of your market. But it also relies upon maintaining your reputation and a bond of trust with your customers. As long as customers have trust in your brand, they will continue to flock to your product or service. That means continued prosperity and longevity for your business.

The viability of the so-called “sharing economy” including businesses like Airbnb, Lyft and Uber has been hotly debated. One central areas of contention relates to whether the sharing economy is bringing more wage-earning opportunities to more people, or simply displacing traditionally secure jobs and creating a large populace of part-time, low-paid workers.

The collaborative environment in today’s workplace is changing how, when and with whom we work. Key to this evolution is the development of technologies such as smart mobile devices, wireless broadband and applications and services designed to simplify the process of bringing everyone together seamlessly.

People opting to work as freelancers are on the rise. As a freelancer, a person is working at his or her own pace and on his or her own terms, often from the comfort of home. Most people who chose freelancing prefer a work life far from the hassle, noise and stress of a traditional office. But not all freelancers want to work totally alone.

You’re a creative and hardworking person and you’ve just written a book or created a terrific piece of art. Where do you take it? How do you make a living doing what you love? Small publishers, Stephen Pytak of Mazz Press, and husband and wife team, Michael and Michelle “Presto” DiBaggio of Ascension Epoch have found a way to do just that.

Microsoft has announced a voluntary product component recall to replace Surface Pro AC power cords following overheating concerns. If you bought a Surface Pro, Surface Pro 2, or Surface Pro 3 in the U.S. or Canada before March 15, 2015, then you are eligible for free cord replacement.

In January 2014, Proofpoint, a digital security firm, announced 750,000 malicious email communications from more than 100,000 everyday consumer gadgets. Those devices included televisions and at least one refrigerator. They were compromised and used as a platform to launch attacks.

Intel Compute Sticks Transform a TV into a Computer

Last year, Intel introduced its first Compute Stick.  Initial reviews called the Intel Compute Stick a great idea but underwhelming. Now it seems that Intel has improved its Intel compute stick with new entrants that solve some of the initial shortcomings. The Compute Stick is about the size of a pack of gum.

Why Cortana May be Helping Run Your Business This Year

Personal digital assistants like Cortana and others have been around for a few years now. But you may be surprised to learn that they’ll soon be taking a much bigger role when it comes to your business.

If you own a small business in the beauty industry, you may want to take a look at getting in on this as soon as you can. Called ModiFace Mirror, it’s a photo-realistic skin/makeup simulator that gives customers a look at how cosmetics they are thinking of buying will look when applied. ModiFace Mirror isn’t an actual mirror.