10 Ways to Prepare for a Televised Appearance 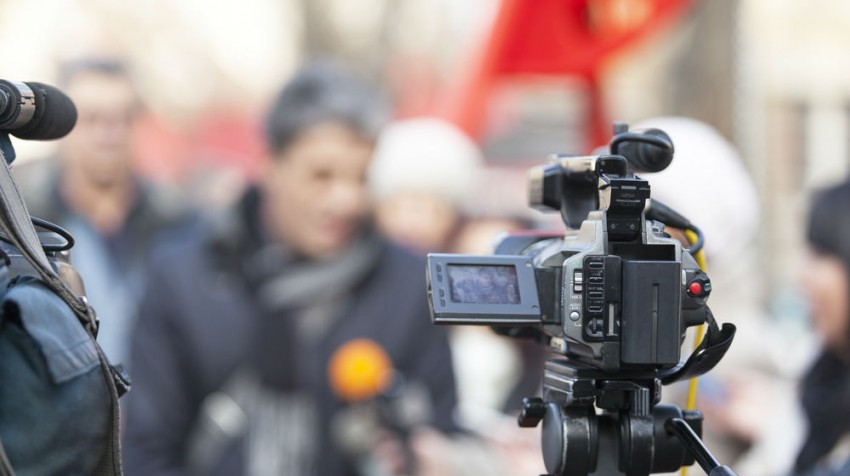 The work of the small business owner is to create a customer and to communicate the value of his product or service through the mass media. Here’s how to get ready:

“The American people don’t believe anything until they see it on television,” said President Richard Nixon.

The call will come and you’d better be prepared. Your success in building your small business has generated demand for your products. And it will also generate demand for an additional service: Your experience.

This is your expertise that you willingly provide — for free. It is seldom a good business practice to donate consulting at no charge, but this is an exception. Consider it a part of your marketing budget.

There are hundreds of broadcast network, cable, and radio outlets that need expert commentators — talent — to fill thousands of hours of airtime. This is marketing that requires preparation and counsel.

George Uribe, President and CEO of GuestBookers.com LLC, writes, “We work with you to find your hook and get you placed. We don’t just book you on a show. We work with you to understand the business…Our media trainers go over physical appearance, interview protocol and content development.”

This is a form of earned media as Anita Campbell, here at Small Business Trends, “reminds” us.

Following, is a short 10 point primer to get you ready for your big showbiz marketing break:

Not too many years ago, talk show host John McLaughlin — would not allow any of his guests to have notes on the set. But you, the professional don’t need them. Your talking points, your elevator speech, will be memorized. The broader the audience — the simpler and narrower the message.

Cable guru Roger Ailes would evaluate an individual’s professionalism by watching that person on the TV monitor — with the sound off. Ailes says that if, as he watched, he caught himself standing up to turn up the volume, he knew he had a client he could help. But most of these compelling performances do not come naturally — presentations are learned, practiced behaviors.

This is your audition where the booker/producer will run you through your paces. They claim they are looking for competence, of course. But this is show business — the producer is looking for entertainment. Are you personable? Are you likable? Remember, televised media is similar to print media reporters: the story is already written, already in the can. The writer or booker is merely looking for quotes. That’s why they’re called talking heads.

The network will offer to arrange for a car. Accept it. Don’t burden your staff with driving — and directions.

Coach in Your Corner

Take your peeps with you — your entourage. This will give you a chance to practice your opening 8-second sound bites. I once shared the Green Room with the controversial comedian Andrew Dice Clay. He appeared — joking and smoking — with his wife(!) two kids, publicist, agent, and assorted strap hangers. The driver and his dogs remained with the car.

You Don’t Have to Answer Questions. Especially if the segment is taped, you answer the question with the answer you want to convey. Your message. Remember, you do not have to be perfect. The 1940’s radio personality, Fred Allen, called television “a medium” because “nothing is well done.”

The appearance is time consuming. An interview can take up half a day. Here are numbers down the funnel:

Gore Vidal once said, “Never turn down a chance to have sex or to go on TV.” But it might not be worth it. (The TV part, I mean.) Only agree to an appearance if you can advance your agenda. There are some debates that cannot be debated. Or that you should not touch — outside your expertise, or the interests of your company.

Ask the producers how you did. Remember to have your tech guy capture a digital copy. Get — no — demand, honest feedback. There is always something that can be improved.

Be sure that your appearance is promoted. Clips of your appearances can be shown at board meetings, in company reports, as part of your bio. Your company blog and social media. This has become vital in our civilization. The historian William Manchester writes:

In the early 1950s Max Lerner said that television was, “the poor man’s luxury because it is his psychological necessity.” Judges would agree: TV sets would not be seized by creditors for debts owed.

Mass televised media has become a public utility for delivering entertainment and information. Be available as a practiced expert for your small business.

John Wesley (Jack) Yoest Jr., is a Clinical Assistant Professor of Management at The Catholic University of America. His expertise is in management training and development, operations, sales, and marketing. Professor Yoest is the president of Management Training of DC, LLC. A former Captain in the U.S. Army and with various stints as a corporate executive, he also served as Assistant Secretary for Health and Human Resources in the Administration of Governor James Gilmore of Virginia.
78 Reactions
Subscribe
Follow @smallbiztrends
RSS LinkedIn Pinterest iTunes