Kira Wampler of Lyft: Even as Disruption Occurs, Changing Behavior Can Be Challenging

Kira Wampler has had a varied career in marketing.  From her early days helping Intuit build its social media presence, to helping startups like Lytro and Trulia get off the ground.  To now, in her current role as CMO of the ride-sharing company Lyft.

Kira shares with us why she prefers to think of marketing in terms of experiences, and why it’s critically important for her to communicate with as many customers as possible. She also discusses how the speed and disruption of today’s business climate provides challenges, but also great opportunities to modern marketers. 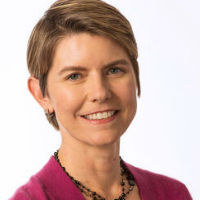 Small Business Trends: Give us a little bit of your personal background.

Kira Wampler: I’m currently the CMO at Lyft. I joined back in December of 2014. Prior to that, I was the CMO at Trulia, up until Zillow acquired Trulia. Before that, I launched Lytro out of stealth, the camera that let you refocus pictures after the fact.

Before that, a little bit of time helping companies with social media community and online engagement and that was a direct result of many years at Intuit — over six-and-a-half years. I started as an intern, an MBA intern, in QuickBooks for Accountants — the accountant edition. And then I was a brand manager. But for most of my years at Intuit, I was Intuit’s first word-of-mouth marketing manager, which is what we would probably refer to as online engagement or social media today.

Small Business Trends: What do you think the biggest change has been since you got into marketing, up until now where you’re the CMO of Lyft.

Kira Wampler: I think the biggest change has been speed and the pace of change on the part of consumers and how consumers behave. The pace of change and the speed with which information flows or misinformation flows, for example. The speed with which an idea becomes something that people can’t live without in under one, two, three years where in some cases it would take five, ten, 15, 20 years for trends to take hold. So I think a lot about that. I think a lot about how much more intense and how much faster the world moves — particularly as it relates to the things marketers are trying to do.

That’s both good, and it means that when you can harness that speed you can see some really exciting fast results. It also can be really challenging, particularly if you’re in a crisis communication spot. And it can also be extremely disruptive, particularly for larger companies where decision making is a little bit slower, where the cost to risk is much higher.

Small Business Trends: You mentioned two words, speed and disruption. We all know that you’re in competition with Uber. From your perspective, what role is marketing playing in your opportunity to play in that industry but also to get more of the market share in a faster-moving, “fast-disruptive” industry like what you’re in?

Kira Wampler: I’ll use a different industry as an example and look at airlines. At the basic level, you can get from SFO to JFK on several different airlines for roughly the same price at roughly the same time with the same safety levels. And yet many people choose one airline over another. For example, many people on that route choose Virgin — at least people I know — because they choose the experience. They’re opting into the brand and the service and the experience they’re getting, even though technically speaking, they could get the same distance at the same amount of time for roughly the same amount of money on another airline.

I make that point because I think experience, which is a word I’d use as opposed to marketing, is what it comes down to when you’re competing in a transportation business. So at its core, we’re still getting people from A to B, and we need to get them there reliably, affordably and safely. But people are choosing into one of the two brands as a result of the brand that they want to affiliate or associate with.

Small Business Trends: You’ve been at some high-flying companies like Lytro. Now you’re at Lyft. What are the best ways today in building and creating the kind of experience that will keep customers — well first all, get their attention — and then keep them?

For example with Lyft, John and Logan couldn’t really go out and ask somebody, “Hey, do you want to get in a car with a stranger?” And have that person drive you around? If you frame it that way, people are of course going to say no. Same with Lytro. It’s like would you like a rectangular looking camera that gives you the opportunity to refocus it after the fact. Which people might be like, I don’t really know what all of those things mean, right?

But that doesn’t mean that you can’t understand customers. And in the case of Lytro for example, before we launched — it was very secret, very stealthy. I hadn’t even seen the camera until I signed the papers to join the company because it was that hush-hush. So obviously we can’t go show it to people and talk to people and get reactions.

But what we could do, and what we did a lot of was go out and spend time in the world with the kinds of people we thought would buy the camera. We spent a lot of time at coffee shops. We spent a lot of time in South Park in San Francisco and we went up to Capitol Hill in Seattle. What they did was help us guide the decision making and messaging; helped as we built out the brand guidelines, as we built up the brand, as we planned the launch strategy and as we made product decisions.

I’ll give you a great example from that time and this was about four years ago. And it was still not necessarily the case that most people you knew were using a Mac machine. A lot, everyone was using a smart — an iPhone — but not necessarily a Mac laptop. And yet every time we went to some of these coffee shops where the segment that we thought would be most likely to buy Lytro — every time we went — we would look around and every single person was on a Mac air.

And we actually had to make a decision. Do we launch with Windows or with the Mac platform, because we weren’t able to get both done at the same time. And it was a huge battle internally. And we were very clear. We were like, you guys, if we don’t launch on the Mac platform, we’re not going to win the people who we know are most likely to use the — the creative class that’s most likely to use the camera out of the gate. And it was actually — I mean now it sounds funny to say that [laughter] because everywhere you go people are using a Mac laptop. But back then, that was a pretty controversial decision that we made on the basis of customer research.

I mean, we actually just spent two weeks out with passengers and drivers from both platforms at handful of cities across the United States. I actually spent two-and-a-half days in D.C. last week meeting with people who use ride sharing, who use Lyft, who use other services, people who don’t use it.

We actually did a lot of experiments where we would race each other around the city using different services including public transit as well as taxis as well as Lyft and other ride-sharing options. And all of that was just to help us inform and understand how are we doing. How can we can get better? How can we communicate our story better? And how can we deliver a better experience?

So I think no matter what, from a speed and disruption perspective, if you’re not always bringing it back to “the who”, you don’t have a chance.