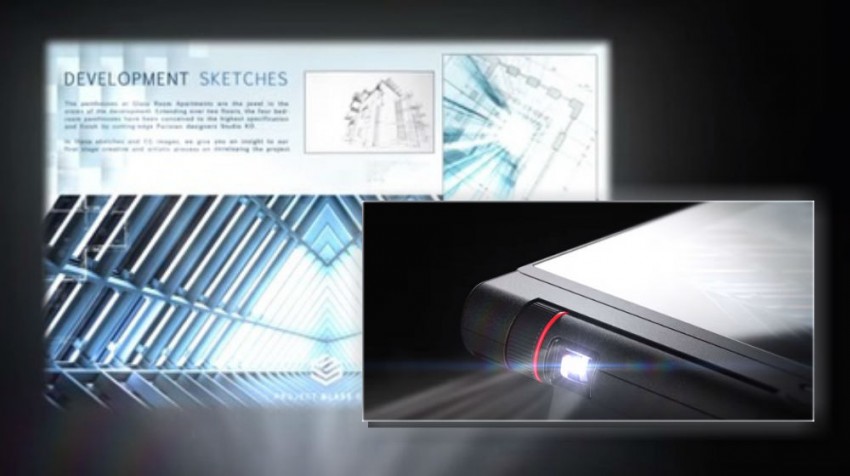 If you want a laptop to give live presentations without lugging along a lot of separate equipment, Lenovo introduced a solution at the Computer Electronics Show (CES) last week in Las Vegas from January 6 to 9, 2016. In advance of CES, Lenovo announced special Modules for its ThinkPad X1.

On its website announcing the new device, Lenovo insisted: “This unique tablet offers a lot more than business on-the-go … We call it the ThinkPad X1 Tablet, but it’s so much more than your average 2-in-1 hybrid.”

One of the modules that may be of interest to small business owners and sales people is a small snap-on projector. Instead of carrying a separate projector with you, this module just gets added to the ThinkPad X1 and, voila, you can give a live projected presentation from your laptop.

The innovative productivity module adds to the tablet’s battery life, allowing it to provide up to 15 hours of active use. The module also adds full-size USB 3.0 docking and a full-size HDMI port. This is definitely a smart way of increasing the tablet’s connectivity and battery life. The module snaps on to the bottom of the tablet, according to company specs.

Here’s a look at all the devices new modules and features including some your business may find useful:

The new device also features a full ThinkPad keyboard with a trackpad and a trackpoint that snaps onto the tablet. An optional active stylus potentially handy for graphic designers and artists is also available for $50.

The productivity module that features the HDMI port, additional battery and USB 3.0 port will retail for $149 while the projector module will go for $279. Lenovo is planning to launch the X1 tablet in February and it is set to cost $899.

You can pack and take the 12-inch tablet wherever you go as it only weighs 1.7 lbs.