How Small Businesses Can Use New Periscope Streaming on Twitter 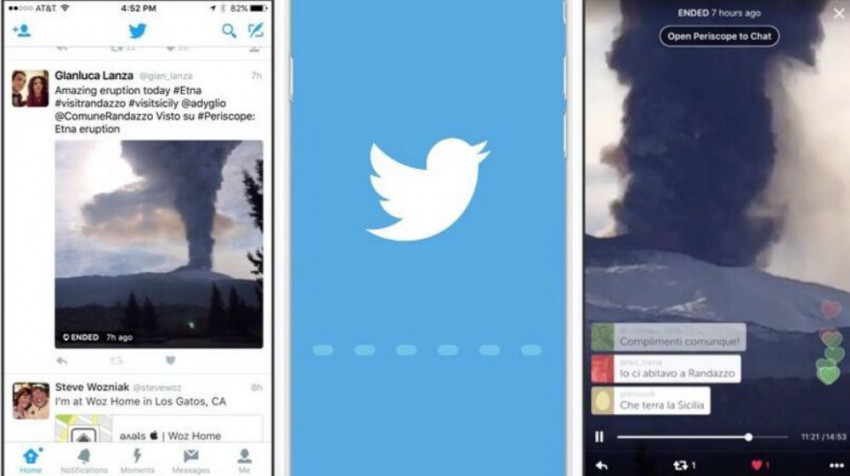 Periscope is a live-streaming video mobile app for iOS and Android owned by Twitter.

Periscope allows you to “go live” via your smartphone and become your own on-the-go broadcasting station, streaming live video and audio from any location, at any time of the day or night. Viewers can tune in to your broadcast from anywhere in the world.

While having your very own live broadcasting system in your pocket is useful in itself, Twitter has now added Periscope streaming directly to its feed. Integration of Periscope streaming into Twitter’s flagship service effectively makes the app even more enticing for savvy business owners.

Periscope streams are now showing live in Twitter feeds for iOS users. Twitter will add this feature to other platforms soon.

If you’re wondering how you can take advantage of this new development, or what its implications and possible applications for business are, we’ve got you covered. Here are some implications of Periscope streaming on Twitter, and winning ways brands can use to build trust and grow their businesses with the tools.

1. Brands can skip having to build an audience in a separate social network.

This is perhaps the best and most obvious implication of the update.

We all know growing an audience on social media networks isn’t always easy, or even cheap. Few business owners will say they are enthused about the emergence of yet another social networking site they need to register and grow a following on. Fortunately, Periscope streaming on Twitter means brands that already have a large following on Twitter can skip having to build an audience in a separate app because their Twitter followers are now also their Periscope audience.

“Whenever a broadcast is shared on Twitter, you tap the link to open the Periscope app,” Twitter says in a blog post. “Today, we’re replacing those links with the broadcast itself, auto-playing right within the Tweet. And when you tap the video, it goes full-screen and shows Periscope comments and hearts from other viewers. You [and your audience] don’t need the Periscope app or even a Periscope account.”

2. Brands can stream authentic “personal” messages to a larger audience.

Now with Periscope videos streaming on Twitter, you can reach Twitter’s massive audience out of the box, and also build greater trust and connection with your audience. All users still need to use Periscope’s app to create video broadcasts, but there are so many ways brands can leverage authentic live-streaming and deliver “personal” messages with Periscope. Brands can then share the video broadcasts on Twitter to reach an even larger audience.

For instance, brands could use Periscope video streaming on Twitter to:

Truly, the only limit to marketing your products, services and brand using Periscope live streaming is your imagination.

3. Brands can use Twitter’s advertising products to promote their Periscope videos.

Although platforms evolve all the time, brands promoting Periscope videos on Twitter can (at least for now) target Twitter’s users based on interests and keywords pretty much like they already do with more typical tweets. Moreover, Twitter could start to integrate Periscope videos into Moments, another Twitter feature recently introduced to provide feeds focused on the latest news events. Twitter Moments already include videos, so Periscope live streams should fit right in.