Star Wars Spoof Raises Question: Do You Know Your Employees? 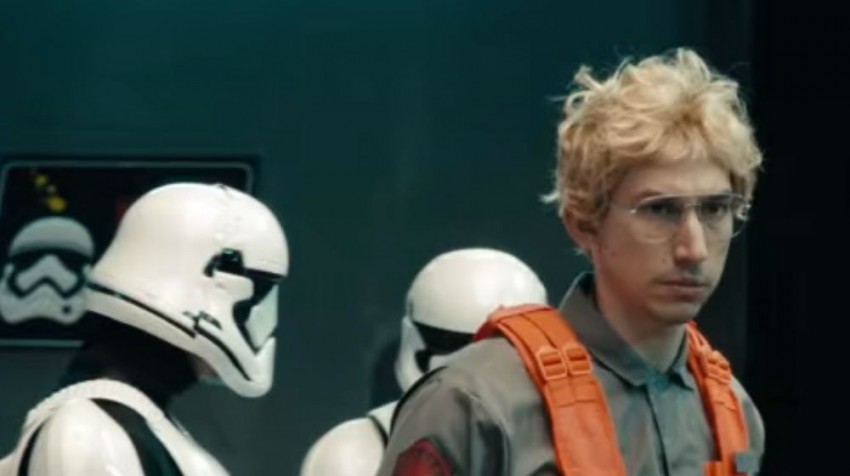 Since February 2010, CBS television series “Undercover Boss” has been a window into what employees experience in the workplace, and their reactions. But a recent Saturday Night Live sketch takes a very extreme approach to how bosses may react to some of the inevitable … criticism.

And with the latest edition of the “Star Wars” franchise “The Force Awakens” playing successfully in theaters, it shouldn’t be surprising the SNL cast decided to put a unique twist on the theme.

But while highly entertaining, the skit also contains an interesting message for small business owners and entrepreneurs.

Titled “Undercover Boss: Starkiller Base” after the gigantic space station in the film, the skit shows movie villain Kylo Ren, played by actor Adam Driver, deciding to have a look at what his evil minions go through behind the scenes.

What follows is a hilarious sequence in which Driver/Wren, wearing a ridiculous wig and passing himself off as a “radar technician” named Matt, tries not-too-successfully, to elicit trust and openness from his underlings.

Throughout the video, employees confide in Wren the conditions they’re forced to deal  with while he himself must endure some of the frustrations of day-to-day operations. Check out the full SNL skit here:

While Wren professes interest in his employees’ lot, his reactions to their criticisms run the gamut from strained compassion to violent (though comic) rage — including throwing one employee against a vending machine using “the force.”

Afterwards, several employees admit they have known for some time that “Matt” is in fact their boss.

The skit, while humorous, is a good reminder of the importance of understanding the culture you create at your company. But, at the   same time, it is a sobering commentary on how difficult it can be to experience things from your employees’ point of view.

Of course, no one’s suggesting you need to dress up in a funny wig, assume a fake identify and spy on your employees to better understand what’s going on behind the scenes at your company.

Instead, have you considered scheduling regular feedback sessions, asking employees for suggestions to improve workflow and operations or simply giving them the freedom to develop a smooth process for completing projects on their own?

First, you must create a culture in which employees feel safe to come to you with their feedback — both positive and negative.

This means listening to concerns with an open mind and actively trying to implement changes if you feel they are warranted.

But it also means developing a thick skin when employees complain about a pet project you may believe in but your employees are concerned is not working out as planned.

In the end, getting to know and understand your employees can lead to better productivity and better moral. The key is to accept feedback in the spirit in which it is meant — and, of course, to avoid choking your employees with the force!