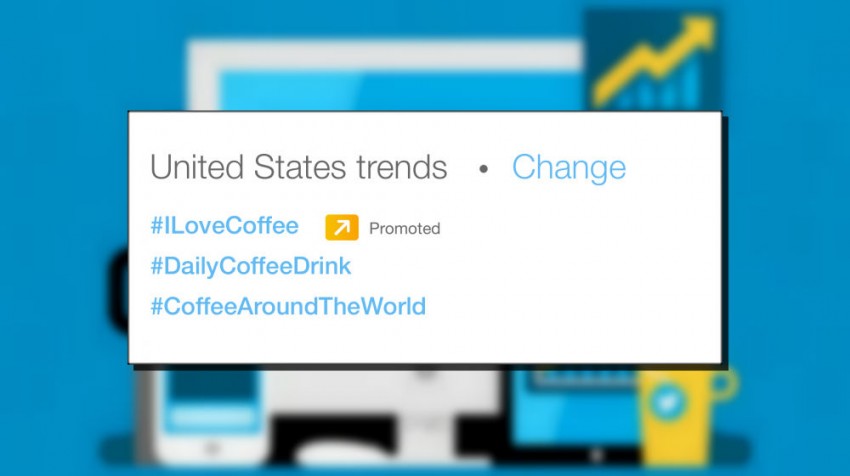 Twitter can be a great platform for promoting your small business. And this week, it added a few new features, including hashtag ads and Periscope integration, that could make it an even better option for communicating your message.

Read about these updates and more in this week’s Small Business Trends News and Information Roundup.

If you use social media to help promote your business, then chances are you have used hashtags at some point. These content labels can be a great way to promote and locate topics of interest.

Are you familiar with Periscope? This social media platform lets you “go live” from your mobile device anywhere, broadcasting videos and audio to viewers as you are on the go. The company was purchased by Twitter not so long ago and now a recent announcement is giving the heads up that the two platforms will work even better together.

A Pennsylvania telemarketing firm that pitches newsletters and other products to businesses has been hit with an order to pay employees for allegedly docking their pay for things like stretching after long periods of time sitting in one spot and restroom breaks. The U.S.

Flexibility and work-life balance are contributing to the rapid growth of the freelance economy according to the Staples Advantage Workplace Index, a new study of office workers in the U.S. The study found that “nearly one in four employees freelance in some capacity.” It also revealed overall, 12 percent of employees work as freelancers as their primary source of income.

You are likely already aware of the huge impact video marketing can have on the success of your business. But not every business necessarily wants to broadcast all of its messages for the world to see on YouTube. For those businesses that want a more controlled and secure platform for videos, there’s Niche Video Media, LLC.

Big banks are now approving twice as many small business loans as they were two years ago. That’s according to the latest Biz2Credit Small Business Lending Index data for December 2015. In fact, the small business loan approval rates at big banks and institutional lenders are again at new post-recession highs.

New York Governor Andrew Cuomo has proposed a series of tax cuts for small businesses as part of his 2016 agenda. The governor announced his plans during a speech in Rochester where he said the tax concessions will benefit a million small businesses across the Empire State.

Another year, another roll of red tape for small businesses to cut through. According to the U.S. Chamber of Commerce, over 3,000 new regulations are in the pipeline for 2016 on top of the 3,300 issued in 2015.

Small Business Accounting Grows Up … And Other 2016 Trends

The year 2016 will be the year that small business owners no longer need to hear “move to the cloud.” Why? It’s because small businesses are already deep into the cloud. In fact, today’s younger entrepreneurs may not even remember a time when most software came in boxes.  All they know is software accessed through a Web browser or mobile app, i.e., software in the cloud.

Now that the Samsung Galaxy S6 and S6 Edge are old news, the rumors are beginning to fly about the next new thing in the Galaxy lineup, the S7 and S7 Edge. Ah the world of mobile technology, you never slow down. According to a report from VentureBeat, the next generation of Galaxy phones could be including water resistance, extended battery life and microSD card slots.

HP Elitebook Folio May be the Thinnest Laptop Ever

If you are on the lookout for the thinnest laptop available, the HP Elitebook Folio might be the answer. At less than 0.5-inches thick the device is supposed to be even thinner than the MacBook. This latest version of the Elitebook offers some obvious benefits in terms of mobility and reports say its aluminum body looks pretty, too.

If you want a laptop to give live presentations without lugging along a lot of separate equipment, Lenovo introduced a solution at the Computer Electronics Show (CES) last week in Las Vegas from January 6 to 9, 2016. In advance of CES, Lenovo announced special Modules for its ThinkPad X1.

Every day, millions of people around the world use their smartphones to live stream and share events with friends and family all around the world.  Live streaming was one of the biggest trends last year and will probably continue to be as we get into 2016. The Meerkat app was impressive, but its Periscope that stole the show.

That morning commute can be killer. So can sitting at a desk all day. Muscle aches and a sore back are familiar companions to many an office worker or small business owner who spends most of their day sitting. But a new product that will soon be hitting the crowdfunding circuit is promising some relief from all those aches and pains.

Yellow Cab Co-Op, San Francisco’s largest taxi company with about 530 medallion-holding drivers, is filing for bankruptcy, the San Francisco Examiner reported earlier this week. News of the bankruptcy is perhaps the clearest indication of the growing dominance of ride-hailing apps Uber and Lyft in the city.

In a bid to improve the way New Yorkers communicate, Gov. Andrew Cuomo announced last week that the entire city of New York will be connected by WiFi by the end of this year. The initiative would include the New York subway system, which is the world’s largest.

Time and again, American enterprises have blamed slow Internet speeds for hurting their business. Luckily, the situation seems to be improving now — even though the United States has a lot of catching up to do. According to the FCC’s 2015 Measuring Fixed Broadband America report, Internet speeds have tripled between March 2011 and September 2014, jumping to 31 Mbps from 10 Mbps.

Drupal, one of the Internet’s Top 3 CMSs is flawed by several bugs in its update process and this could allow hackers to poison installations via update packages and, in worst case scenarios, the attackers might even take over servers.

As technology continues to improve and make our lives better, the future of business meetings through virtual presence has stepped up as well. Research and innovations company Double Robotics has launched its new and improved robot named Double 2 featured at the recent Consumer Electronic Show (CES) 2016 in Las Vegas.