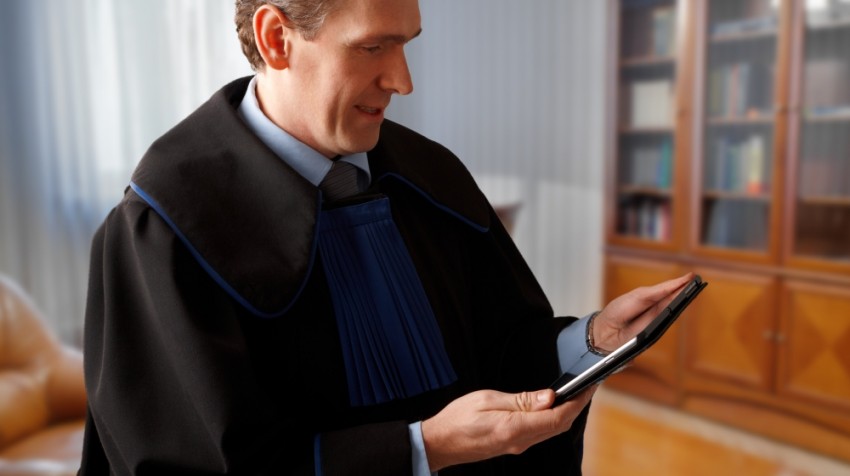 What you share on social media won’t stay private forever. Increasingly, prosecution and defense attorneys are requesting copies of a plaintiff’s social media history in order to prove or disprove liability and damage claims.

While most of the lawsuits have been limited thus far to medical malpractice and personal injury lawsuits, could similar social media requests be made for business lawsuits like criminal negligence? Maybe. It all goes back to the right to privacy and whether content posted on social media is no longer private, regardless of a user’s privacy settings.

Are My Private Social Media Posts Permissible as Evidence in Court?

Current court rulings are coming down in favor of privacy and free protections for non-public social media postings. Consider the case of Pennsylvania man Anthony D. Elonis, who posted threatening messages on Facebook after his wife left him. While Elonis was convicted under a federal threat statute, the Supreme Court overturned the conviction, ruling that the man could not be convicted “solely on the idea that a reasonable person would regard his communication as a threat” according to CNN.

Elonis claimed the messages were simply inspired by rap music lyrics and he never claimed to act on these posts. This marked the first case in which the Supreme Court considered the implication of social media postings and free speech, although the ruling was narrow and only applied to this case rather than establishing a new legal precedent moving forward.

“The courts generally put strict limitations on Defense requests for information regarding a Plaintiff’s online activities,” said Robert H. Bohn, Jr. a criminal defense attorney at Bohn & Fletcher, LLP, who monitors the role of social media in criminal prosecution. “Even the inclusion of some ‘public’ portions of a social media profile or public commentary can only be included if this information contradicts a Plaintiff’s claims. Arguing that investigating a social media account could lead to the discovery of new disclosures is not sufficient and amount to nothing more than a fishing expedition.”

That said, social media posts are absolutely admissible in court. Whether it is divorce proceedings or a white collar criminal prosecution, posts on social networking sites including Facebook, Twitter, and Instagram are increasing popping up as evidence in courtrooms. And with Facebook’s new “Search FYI” delivering real-time results for any public posting, it’s increasingly important to self-monitor your comments. Posting about a current event or news article could come back to haunt you, especially if you fire off a flippant comment without thinking. Finally, defendants could also use your social media account as evidence to disprove false allegations.

Your right to privacy may not apply to all social media postings. Consider the recent case from an appellate court in Florida, helpfully dissected for legal laymen on Lexis Nexis by lawyer and legal analyst Margaret (Molly) DiBianca. In the case, Nucci v. Target Corp., the plaintiff sued Target over physical injuries the plaintiff claimed to have sustained while shopping. Target responded with a discovery motion for photos of the plaintiff from her Facebook account going back at least two years. According to Target, the photos would be necessary to establishing a plaintiff’s quality of life before and after the alleged accident. The plaintiff countered that disclosing the photos would be an invasion of privacy.

According to DiBianca, the case is significant for two reasons. First, the case takes place in Florida, where individuals have a constitutional right to privacy. While all citizens have a federal constitutional right to privacy, DiBianca points out that this right “only extends to actions taken by the Federal government.” Secondly, while Florida’s constitution does guarantee a right to privacy, the court concluded that “generally, the photographs posted on a social networking site are neither privileged nor protected by any right of privacy, regardless of any privacy settings that the user may have established.” After all, what’s more relevant for a personal injury case than photos from an individual’s social media account establishing their quality of life?

For cases that come down to the credibility of one person versus another, a person’s social media profile could be used against them. Ian Friedman, the former president of the Ohio Association of Criminal Defense, says that social media evidence is playing an increasingly important role in criminal prosecution cases, including establishing a Plaintiff or Defendant’s character.

A prosecutor in Ohio, for example, used the Facebook posts from a defendant accused of murder to establish that the defendant glorified violence. I published an article on the role of social media solving crimes, and I have been monitoring developments. Stupid criminal cases aside, like the Florida woman who live-streamed drunk driving on Periscope (and was subsequently arrested), police, prosecutors and defense attorneys are increasingly turning to social media to gather evidence.

The U.S. court system is still developing legal precedent for the admission of social media in legal cases and how best to deal with emerging technologies. As a general best practice, keep in mind that anything you post on the Internet is there forever. If you wouldn’t want a posting admitted as evidence against you in a court of law, then don’t post it. Period.

Brian is a seasoned digital marketing expert who loves to write about subjects that help small businesses grow their brands and increase their rankings online. He accomplishes this through his agency Integrity Marketing & Consulting, which he founded in 2011.
One Reaction
Subscribe
Follow @smallbiztrends
RSS LinkedIn Pinterest iTunes