What’s the Most Popular Song on Sand Hill Road? 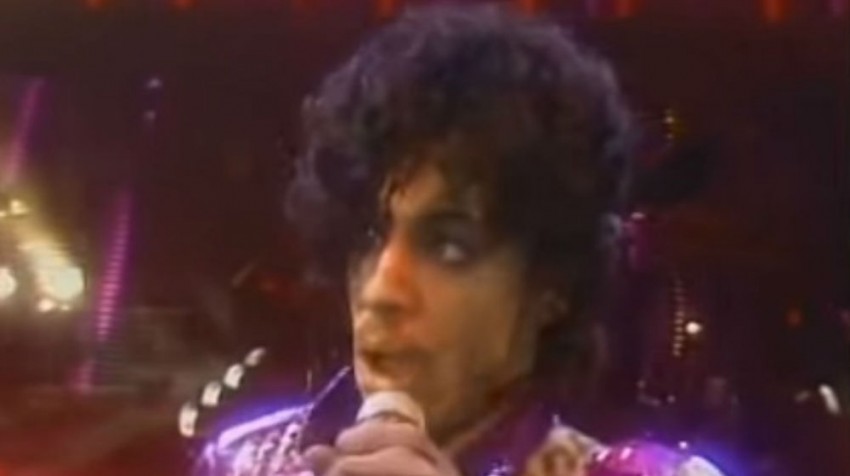 Click here if you want to hear the venture capital community’s favorite song.

I don’t really know what music the Sand Hill Road crowd listens to, but the lyrics of Prince’s song sum up what the investors have to hope happens to financial markets over the next couple of years.

VCs need initial public offering (IPO) markets to perk back up and the mergers and acquisitions market to stay hot so that the companies they have backed at high valuations garner a good price when they go public or get acquired.

The rapid increase in the value that venture capitalists have ascribed to startup companies when investing in them over the last couple of years makes a high exit price important if those investors are going to make money for themselves and their limited partners.

Below is a chart I created from the National Venture Capital Association data on the value of exits of companies backed by venture capitalists over the previous three years. It’s a pretty simple set of numbers — I just took a weighted average of the exits from both initial public offerings and acquisitions and then adjusted the value for inflation — but it’s informative.

The late 1990s saw rising valuations of venture capital-backed companies when they were acquired and went public, with the average value of exits more than quadrupling from the 1992-1994 period to the 1999-2001 period when measured in inflation-adjusted terms.

In recent years, exit values have come back up. From 2008-2010 to 2012-2014 the average valuation of a VC-backed exit nearly doubled in inflation-adjusted terms.

The complete numbers aren’t out yet for 2015, but the partial figures suggest that exit valuations aren’t as good as they have been in recent years, which will pull down to the 2013-2015 average.

To paraphrase Prince, it looks like “we’re runnin’ outta time.” Venture capitalists and their limited partners have to hope that once again public markets “party like it’s 1999.” 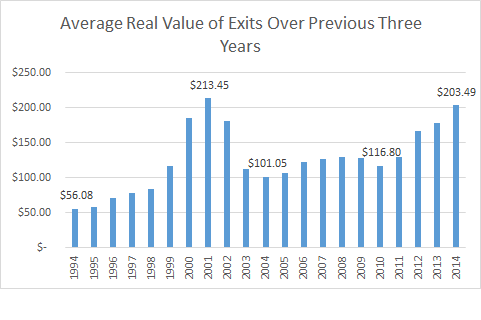