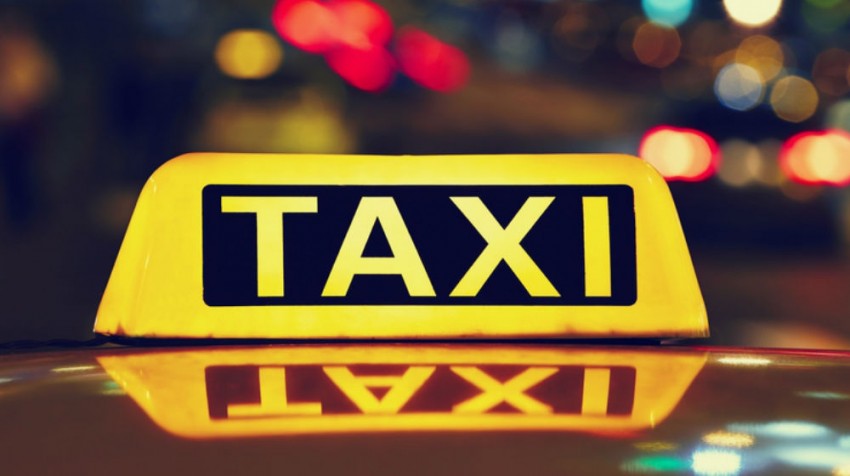 News of the bankruptcy is perhaps the clearest indication of the growing dominance of ride-hailing apps Uber and Lyft in the city.

Thanks to the apps from Silicon Valley that allow freelance drivers to compete directly with established cab services, while offering passengers more convenience and lower prices for similar services, the entire taxi industry has struggled to compete in the past few years.

Although Yellow Cab officials have not explicitly named Uber and Lyft as part of the reason the company is struggling, it’s obvious the apps have had an impact on Yellow Cab’s business and are helping drive it toward bankruptcy.

Yellow Cab is the first high-profile casualty of the taxicabs’ battle for business in the city where Uber is headquartered. The cab company has directly blamed mounting traffic collision lawsuits and “business challenges beyond our control,” as the main cause of its current financial woes.

In a letter to shareholders dated Dec. 10, Yellow Cab’s President Pamela Martinez revealed that documents were being prepared to file for Chapter 11 bankruptcy “within a month,” which in essence means, any time now.

“We are in a midst of serious financial setbacks,” she told Yellow Cab members. Some of these financial setbacks “are due to business challenges beyond our control and others are of our own making,” she wrote. “Today we are faced with fiscal obligations that far exceed expected income.”

Martinez, however, was quick to iterate in the letter that “Yellow is still the best taxi brand in San Francisco,” and immediate former Yellow Cab president Jim Gillespie told the Examiner that the cab company still has a viable future. “We have the best color scheme there is in the world, we’ve got a lot of loyal customers, we still get a high volume of calls to our color scheme on a daily basis,” Gillespie insisted.

Except that these assertions demonstrate the denial still at play in the taxi industry, even as its wheels continue to skid and hit a snag. The “best color scheme there is in the world” is only helpful in a world where the best way to catch a ride is to stand on the curb with an outstretched arm toward a city’s open streets until a ubiquitous yellow car happens by.

We all know that’s not the world we live in anymore.

Where “hailing a cab” once entailed standing on the curb with an arm stretched out toward a city’s open streets to attract the attention of an empty cab, the phrase and accompanying gesture have since been demoted in favor of their digital equivalent: reaching for a smartphone in the pocket to “get an Uber.”

If taxi companies are in denial about the role taxi-hailing apps are playing in the industry, their future isn’t rosy. History is replete with companies that are put out of business by disruptive business models because they refuse to adapt and change their businesses in line with new market realities, such as the small town print newspapers that folded when the Internet began to disrupt the media.

Uber and Lyft are legitimate disruptive business models, if there ever was such a thing. With a rating system for both drivers and passengers, the taxi-hailing services offer a different customer experience from end to end. Uber, for instance, places a strong emphasis on customer satisfaction with an array of impressive service offerings, including UberPool, UberX and black car.

Both Uber and Lyft also enjoy fewer regulations, advanced data analytics, and different cost structures, not to mention billions of dollars of venture-capital money (more than $60 billion, to be precise) for helping them dominate the market. In December alone, the same month Yellow Cab admitted it would have to file for bankruptcy, Uber and Lyft together raised more than $3 billion.

Meanwhile, as Yellow Cab’s Martinez was telling shareholders that her company used to transports over 5 million passengers every year and their goal is to “get them [passengers] back and even more,” San Francisco’s oldest and second-largest cab company, DeSoto Cab, already saw the impending market upheaval coming — and swerved.

Last year DeSoto partnered with a Silicon Valley–based taxi-hailing startup called Flywheel and re-branded itself as FlywheelTaxi, tossing 80 years of history and an iconic local brand out the window in the process. The cab company repainted all of its cars from blue to red and shifted its marketing efforts to rides booked through the Flywheel app instead of street hails and phone orders. The app has since been stepping up competition against Uber and now accounts for 20 percent of DeSoto’s business.

If you had to guess which of San Francisco’s two biggest cab companies will be profitable in five years, FlywheelTaxi would be the smarter bet than Yellow Cab at this point. And if the insurgent taxi-hailing apps continue to gain traction, and traditional cab companies continue to bury their heads in the sand, taxi firms around the world can expect to face the same fate as Yellow Cab, or worse.

Uber appears to be doing to cab companies what Netflix and streaming did to Blockbuster video.