Small Business Jobs Up in January, According to ADP Report 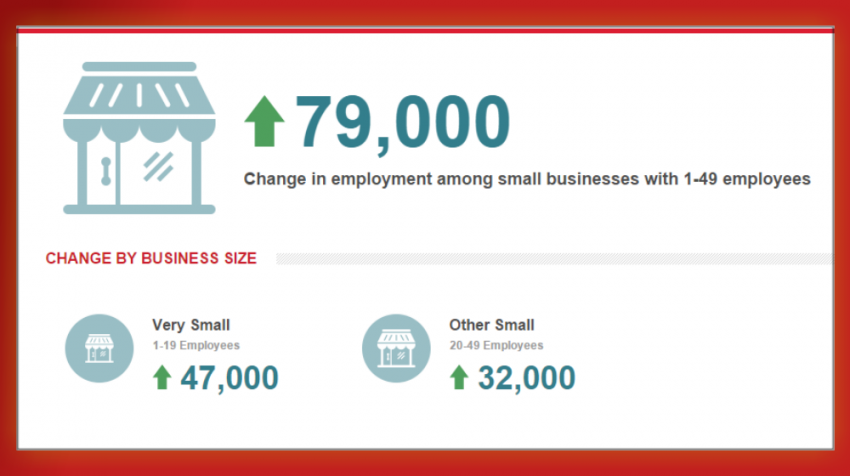 Small businesses are hopeful about growth in 2016, and their optimism is driving them to hire more people.

A closer look at the findings reveals very small businesses contributed the most to both the goods producing and service providing sectors’ growth, generating 7,000 jobs in the former and 41,000 jobs in the latter.

While the growth is quite impressive, it is not as strong as the numbers reported by ADP in January. Last month, the company had reported that small businesses created 95,000 jobs in December. It’s worth noting that very small businesses had contributed the most to the growth then as well.

What’s perhaps most interesting about the findings is that they come at a time when the stock market has taken a sharp nosedive and concerns about an impending economic slowdown are looming large. The growth can be attributed to steadily increasing consumer spending. Unlike the big businesses that have been severely impacted by the oil prices and slowdown in economies such as China, small firms have benefited from the growing consumer spend.

Steven Davis, an economics professor at the University of Chicago Booth School of Business told the Wall Street Journal that the recent job growth may reflect strength in regions or industries where small firms are relatively important.

In the present situation when big corporations — faced with growth challenges — are freezing their hiring plans, small businesses have the perfect opportunity to attract great talent. What businesses must realize is that top-performing employees look for more than just pay. They are focused on their career growth, so small businesses should offer opportunities to learn and grow on the job.

Training opportunities, flexible and open work environments and a clearly defined job role are some of the things that can help small firms attract the best employees, even in a competitive market.