5 Business Ideas You Can Start to Combat Hostile Drones 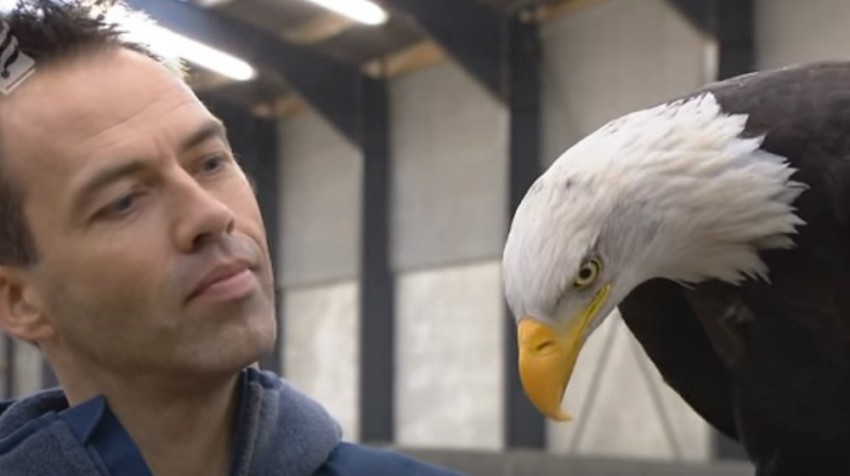 There are certainly business applications for drones. But there is a darker side to the unmanned flying devices as well.

Commercially available drones have the potential to be used to invade people’s privacy in a hostile or menacing way. Just the thought of drones in the wrong hands is terrifying.

However, the use of hostile unmanned aerial vehicles presents a unique opportunity for savvy entrepreneurs to develop a business offering ways to combat drones.

Only recently, the U.S. Federal Aviation Administration (FAA) announced that over 300,000 drones were registered within the first month of instituting new regulations. That tells you drones are in sizable demand and are becoming affordable and more broadly available to the public.

1. Use Birds of Prey to Intercept Hostile Drones

The Dutch National Police reported recently they are exploring the possibilities of using birds of prey as interceptors of hostile drones. The project is an initiative of the Dutch police in collaboration with Guard From Above and the Dutch Organization for Applied Scientific Research (TNO). Guard From Above is a pioneering company specializing in training birds of prey to intercept hostile drones, while TNO is involved in exploring the impact of the drones on the claws of the birds.

This initiative may suggest how you can carve out your own niche in the promising anti-drone industry, and provide innovative security solutions.

Passive countermeasures for combating hostile drones include the use of traditional radio jammers. Here, radar technologies and newer drone detection services like DroneShield are used to detect and jam the navigation system of hostile drones. DroneShield, for example, “contains a database of common acoustic signatures unique to drones” that alerts nearby security of the presence of a hostile drone.

You can provide a similar service offering to jam hostile drones, triangulate the identity and location of the pilot and direct law enforcement officers straight to them.

Active countermeasures for combating hostile drones include shooting them down. To shoot a drone down, you will need a proper weapon. We’re not condoning or even suggesting grabbing a shotgun and aiming high in the air to take down drones, of course. Instead, some drones are being taken out of the sky using radio waves that specifically target drones.

You can start a similar business that provides affordable alternatives to bridge the gap between regular shotguns and truck-mounted anti-drone systems.

Another active defense counter-measure against hostile drones involves a predator anti-drone drone. (Say that three times fast!) The anti-drone vehicle fires a large net to reel in suspicious unmanned aircrafts and carry them away to safety. This approach has been used by the Tokyo police in collaboration with mechanical engineers from Michigan Technological University, who devised the predator drone. Tokyo police hope to use the anti-drone drones to capture hostile drones that may be lurking in sensitive areas like the airspace around the Japanese prime minister’s office where an unmanned aircraft was intercepted in April of last year.

You could start a business that offers a similar drone netting service to counter industrial espionage, terrorism and drug smuggling operations, and also to help enforce the new FAA drone regulations.

In the not-so-distant future, drones will be everywhere. People will find they need to call professional “drone control officers” to take down hostile drones hovering in their backyards, or capture the drones safely, just like they’d call animal control to take care of rogue animals.

You could register a business that offers this service in your local area. A local “drone control agency” doesn’t seem so far-fetched, especially considering people are already bringing down drones themselves and being acquitted of any wrongdoing by courts of law.