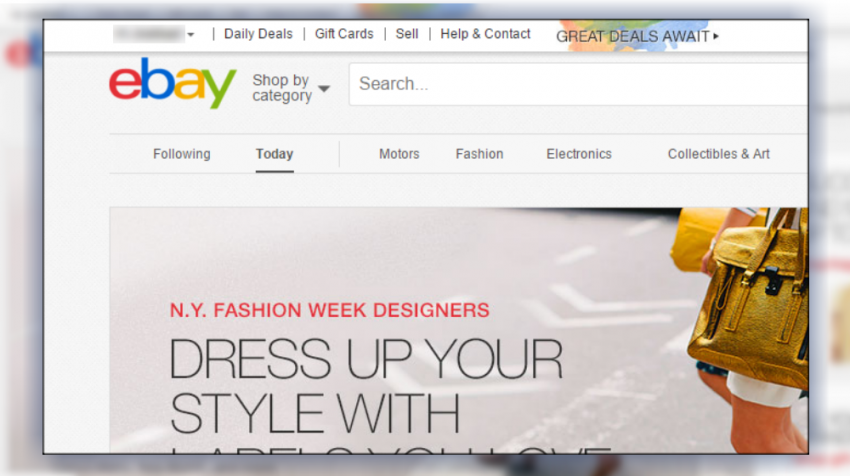 At the Goldman Sachs Technology and Media Conference in San Francisco on Feb. 10, Wenig revealed that the company is thinking more as a merchandiser or retailer, instead of just an open marketplace.

“We’re changing from an unstructured to highly structured marketplace,” said Wenig. “The brilliance of eBay’s model is its greatest challenge. It’s a friction free marketplace, which means sellers can sell anything they want, and that makes it complicated.”

eBay, the huge online auction house for hard-to-find items and antiques, used clothing and cars, has in the past five years emphasized selling new products like electronics and car parts at a fixed price.

Following its split from PayPal last year, the ecommerce company has been trying to revive sales and prove itself to investors. Yet, unlike other ecommerce giants such as Amazon, eBay has had quite a hard time attracting online shoppers.

During the holiday season, eBay’s sales grew an estimated 4.8 percent, which is way below the 13.3 percent typical for ecommerce companies, according to ChannelAdvisor.

During the fourth quarter last year, the number of active buyers on the platform grew by 5 percent to 162 million. The total value of merchandise sold in the quarter was $21.9 billion, a slight increase from $21.8 billion the previous year. eBay posted adjusted earnings of 50 cents per share on revenue of $2.32 billion during the quarter.

For this quarter, the company’s revenue ranged from $2.05 billion to $2.1 billion, which is below consensus estimates of $2.16 billion. eBay’s forecast of per-share earnings from 43 cents to 45 cents is also below estimates of 48 cents.

While predicting a potentially rough 2016, Wenig said in his opening remark: “There are a lot of questions out there and I don’t have any of the answers. There are really great companies getting hit hard.” But he hopes that eBay would be one of the companies to come out on top, especially through its new  makeover plan.

Details of the plan make it look like eBay is prepared to challenge against Amazon. Changes include improving the site’s search capabilities making finding items more structured. Instead of listing all available items when a product is searched, there will now be categories such as “best value,” “brand new” and others. This will help narrow buyers’ search and provide them with better choices.

The site will also provide more product reviews to buyers to enhance their shopping, as well as more tools and data for sellers to help improve their businesses.

Another area eBay is working on is its ranking in Google search results. According to Wenig, the company is “trying to bring more stability in search results.” Employing structured data would be a top priority and the only way to solve the company website’s search optimization problem.

eBay’s search listing suffered in 2014 and into last year when changes were made to Google’s search engine. The company says the changes by Google cost it over $200 million in revenues, as the eBay site lost a huge amount of traffic and sales.

On shipping and logistics, however, Wenig revealed that the company has no plans to follow Amazon’s trail. He said, “The last thing we should do is compete with Amazon on shipping.” This means that the company would continue to work with Uber Rush, and not create it’s own delivery network. Average shipping time for an eBay order is three days.

Wenig says the eBay turnaround plan is “about making things more simple. We want to improve all of these things in 2016,” he added.

Lisa is a Staff Writer for Small Business Trends focusing on marketing technology, productivity and general small business news. She has a background in business and productivity consulting including experience in human resources working for a major retailer before deciding to build her own business.
5 Reactions
Subscribe
Follow @smallbiztrends
RSS LinkedIn Pinterest iTunes