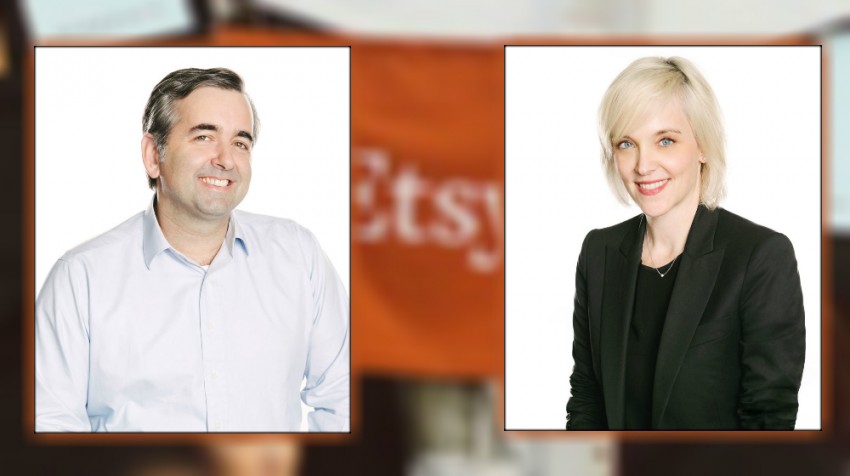 Much of that was due to organic growth of the Etsy platform. In part it also was helped by marketing. Dickerson said in a previous earnings call last year “… prior to 2014, we hardly marketed at all.”  But 2015 saw more marketing activity from Etsy to boost sales.  For example, Etsy launched its first large holiday marketing campaign in 2015.

“For the first time ever, we ran a global holiday campaign that featured merchandised pages and gift guides across key categories and was coordinated across mobile apps, desktop and global Web. We ran a cost effective video ad on Facebook and YouTube and were featured on Ellen Degeneres Show’s 12 days of Christmas segment,” said Dickerson.

Buyers are loyal to Etsy, according to company officials.  For 2015, 81 percent of sales “came from repeat purchases made by new, retained, and reactivated buyers. This was up from 78 percent in 2014,” added Dickerson.

Grumbling by some unhappy handmade-business sellers doesn’t seem to have dampened sales. Buyers bought more than ever through Etsy during 2015.

Mobile is having a major impact on handmade business sales through Etsy. The company reported 61 percent of Etsy visits come from people on mobile devices. And it turns out 44 percent of the company’s gross merchandise sales are coming from these customers too.  The company plans to invest more in its mobile platform and products.

Etsy officials emphasized their commitment to supporting sales of the platform’s 1.6 million active, handmade business sellers. The company is working on tools to help sellers process sales through multiple channels such as on their own websites and at craft fairs.  “[B]ased on our surveys and research, we know that more than 50 percent of our sellers sell in channels other than Etsy even though Etsy is their largest source of income. Other channels include craft fairs, their own websites and retail outlets just to name a few. In the same way that these other channels provide new opportunities for them to sell their products, they also add to the administrative workload. We believe we can develop tools and services to help our sellers better manage these multiple sales channels,” said Dickerson.

However, Etsy’s growth plans over the next three years include a direction that some would argue takes Etsy further away from its handmade business roots.  The company launched Etsy Manufacturing, to help sellers find production partners.  Etsy Manufacturing connects sellers with manufacturers.  Etsy officials reported the company had received “around 700 applications” by manufacturers to join Etsy Manufacturing. About one fourth of those are from current Etsy sellers who today offer to help other sellers produce their products.

Some Etsy sellers have been vocal in criticizing Etsy for practices such as enabling sales of mass produced goods. Other sellers have welcomed help to manufacture their visions.