It seems so logical.  The best way to get and keep good customers is to respond quickly to them when they have an issue.  But, even in 2016, more customer calls, emails, tweets and texts go unanswered than get responded to.

Jay Baer, customer experience expert and New York Times best-selling author, joins us to share a few key points from his upcoming book “Hug Your Haters.”  He touches on why companies have to stop treating customer service as a spectator sport, why companies with a “call-center” mentality are doomed, and why seeking to increase the number of customer complaints is key to better understanding customers and lowering customer churn. 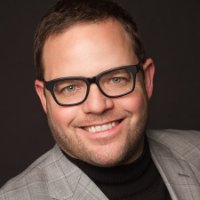 Small Business Trends: Maybe you can give me a little bit of your personal background.

Jay Baer: I started out in politics a long time ago. I was a political campaign consultant, so it’s an exciting time of year for me right now. Then I got into traditional marketing for a few years, and then kind of accidentally got into online marketing a long time ago in 1993. So I’ve been in digital marketing and customer service, customer experience, since the very, very early days. My company, Convince and Convert, does consulting for lots of really interesting brands all around the world, and we’ve got a media division as well.

Small Business Trends: It seems like your book could be something that the presidential candidates might want to look at. Just a thought.

Jay Baer: Yeah, the official book of the Republican primary. I should have worked on that.

Small Business Trends: Yeah, well, you know, it’s still early in the campaign. Maybe you can give them a couple of copies and it would take care of that.

Small Business Trends: What led you to write the book, “Hug Your Haters,” and what is the overarching theme?

Jay Baer: I set out to write the book to explain to companies how important it is to be answering customers online where customer service is a spectator sport, right? You’ve got all these people watching how you handle it at Twitter and Facebook and Yelp and TripAdvisor, and all the other rating and review sites and discussion boards and forums, but what’s crazy, Brent, is that a third of customer complaints are never answered, ever.

Jay Baer: The overwhelming majority of those are online where it’s public. We answer every private phone call, but we answer very few public complaints online, and that’s probably backwards if nothing else, so I conducted a huge research project to really figure out what was going on, and then wrote a book about it.

Small Business Trends: It’s kind of amazing that we’re in 2016 and that’s still the case.

Jay Baer: Absolutely. Well, there’s a stat, it’s not from my research, it’s from Forrester, that I think really describes the state of the union particularly well. It says that 80 percent of businesses say they deliver superior customer service, but only 8 percent of their customers agree, so there you have it.

Small Business Trends: Give us the idea of what an “offstage hater” is and what’s their motivation for being an offstage hater.

Offstage haters complain in private, they typically use the legacy channels, so they’re using phone and e-mail. They are slightly older than the other group of haters, a little less tech savvy, less likely to use social media, but it’s not a massive difference demographically. It’s not like it’s only parents and grandparents. They just prefer to complain using those channels, but when they do that, when somebody calls or emails, what they expect and what they want is an answer, and that’s true 90 percent of the time, so 90 percent of the people who complain in private want and expect an answer. I’m sure that’s true for you and for everybody. If you call a company, you expect them to answer. If you email them, you expect them to reply. It’s just sort of how business works. For the most part, companies are pretty good in handling offstage haters because we’ve had decades worth of practice.

Small Business Trends: Let’s talk a little bit about onstage haters, because I think those are the ones that are using channels effectively to at least voice their displeasure, but have onstage haters changed a lot over the years? Are they getting even more sophisticated with using these channels to express their hate?

Jay Baer: Absolutely. No question about it. The onstage haters are slightly younger, a little more tech savvy, a little more likely to use social media, but the onstage haters are the people who complain in public, so they complain in social media, review websites, Yelp, TripAdvisor, etc., and on discussion boards and forums, and they are getting much, much more numerous, number one.

Right now as we’re having this conversation, about two-thirds of all complaints are offstage, phone and email and about a third are onstage, social media, etc., but that ratio is changing very quickly because it is, of course, much faster and easier for consumers to complain on a mobile device in a mobile app as opposed to sitting down, crafting an email, waiting on hold to get the phone answered, etc.

You’re starting to see more and more people complaining onstage, and in many cases, people sometimes call or email, they don’t like the answer that they got, so then they go to Twitter or Facebook, and they get a better result there. That kind of story is causing some customers to choose onstage channels any way because they think they’re going to get better treatment. And when you think about this demographically, today’s young people, who are tomorrow’s dominant consumer group, they’re not going to just call.

I have two kids in high school at home. They don’t use the phone. They never, I mean like they never ever, ever use the phone, and barely ever email. The only thing they use e-mail for is to check purchase confirmations, and that’s it. They use texting and SnapChat and Instagram and Twitter and all that, but I refuse to believe they are someday going to wake up and say, oh I totally missed out on the joys of telephonic communication. I’ve missed the boat, let me get back into that. That’s just not going to happen, right.

If you still call your customer service department or call center, you’ve got a real problem, and customer service is being disrupted the same way that marketing has been disrupted, and we just got to get on top of it.

Small Business Trends: Why do you think it’s taking so long for companies to see this happen and to begin to change the way they act?

Jay Baer: I think some of it’s the technology because it’s pretty confusing, but I think largely it’s that we haven’t seen a tipping point yet in a lot of businesses from a volume perspective, right? It’s the same reason that companies, in some cases we’re slow to adopt social media for marketing purposes, it was, well, yeah, there’s some customers out there in social media talking about it, but not that many, right.

It’s easy to ignore shifts when you only look at your aggregate numbers, and most customer service departments, most customer service reporting looks at aggregate, so they say something like, well, in our business only 18 percent of all of our mentions are in social media, but we’ve got the 82 percent covered, right? You start to think about that, ignoring the fact that those 18 percent are now unhappy because you don’t interact with them, and those 18 percent are in a public venue where there could be tens or hundreds or thousands or tens of thousands of people looking on. I think that’s one of the challenges is that it just doesn’t get thought of in the right way.

What I recommend in the book is to answer every complaint in every channel every time. That requires resources, and a lot of people say they just don’t have the resources to do that, and I’m like, “well, you do”! You just choose not to apply them that way. I think that’s part of it. People want to keep their head in the sand because they know that if they actually take their head out of the sand, it’s going to get real hard real fast.

Small Business Trends: Are there any really good examples of companies that are doing a great job in hugging their haters and answering all of the calls and emails?

One of my favorite examples of a medium-sized company is Le Pain Quotidien, which is a chain of bakeries and cafes. They’re based in Brussels, but they’ve got locations in Southern California and the Northeast U.S., and like 200 to 225 locations overall. Their director of customer experience, Erin Pepper, said her goal is to triple the number of complaints.

Jay Baer: That seems totally counterintuitive, but what she realizes is one of the most important things in the book, is if you hug your haters and answer your customers, it reduces churn, right? It increases customer loyalty, but just as important, it tells you all kinds of stuff you need to know to make your business better. Every complaint is free market research, and she understands that, so they go out of their way to make sure that customers have the opportunity to tell them every time anything is less than perfect. She has a whole program built around that. What most people try to do, of course, is minimize the number of complaints, and it’s real easy to do that. If you want fewer complaints, just stop listening for them as hard. It’s an easy solution, so that’s a really great example.

Small Business Trends: Maybe you can give us a pointer or two on how a smaller business could get started with this concept, with this philosophy, and executing on it?

Jay Baer: The first step is to have a real handle on whose actually talking about you, and where. You might think, well sure, we know, because we answer the phone and we answer email, but you really have to write it down and do what we call an honesty audit in my company.

You actually create an audit of all the different ways that customers try to get in touch with you, and then say, okay, well, did we handle these, and if so, how long did it take us and did we do our very best job here? Are we treating customer service like marketing? Are we treating this like something that can set us apart from other businesses or are we not? That’s the best place to start.