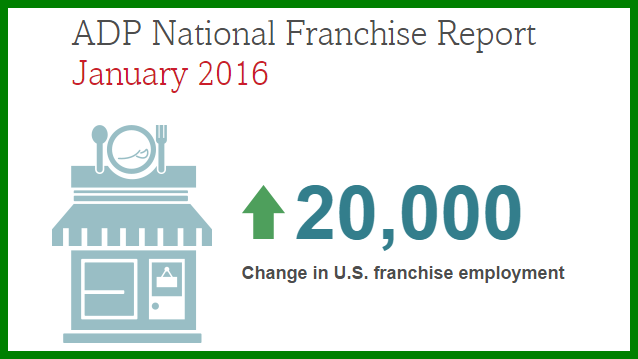 U.S. franchisees continue generating employment and thereby boosting the economy, according to the ADP National Franchise Report for January 2016. The report was produced by human resources management solutions provider ADP in collaboration with Moody’s Analytics.

The franchise report found job growth in the franchise sector in the U.S. up by 20,000 franchise jobs during the month of January. The numbers fall short when compared to the data reported by ADP in December, when franchise jobs grew by 48,600. However, they still reflect the growing importance of U.S. franchisees in creating employment opportunities.

Ahu Yildirmaz, vice president and head of the ADP Research Institute says, “Franchise employment growth, though not as strong as the previous month, remained at double the pace of the labor market overall for the past twelve months.” 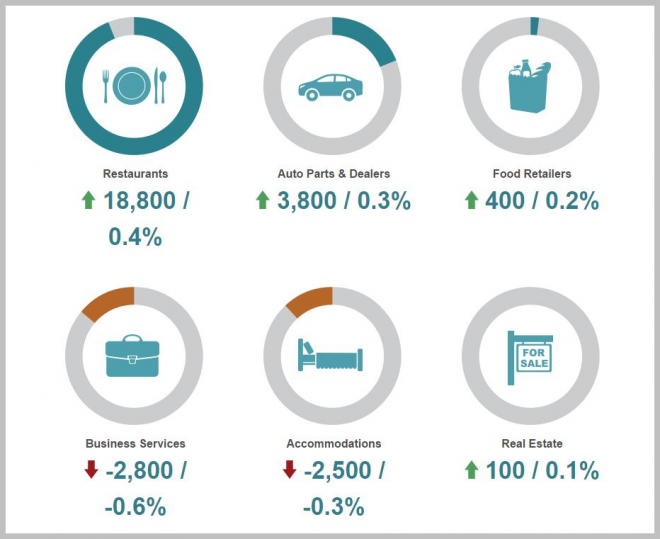 Success of a franchise rides a lot on the people who run it. It is therefore, extremely important to recruit and train the right people. If you are new to this, you should seek advice from your franchisor who can guide you in the right direction. Good franchisors will recommend the most relevant training programs to help you employ and retain the right people, and allow your employees to advance their careers.

You should also have a clear hiring strategy to attract the best talent. Focus on identifying the skills that will benefit your business the most and based on that, create detailed job descriptions that will help you hire the right people.