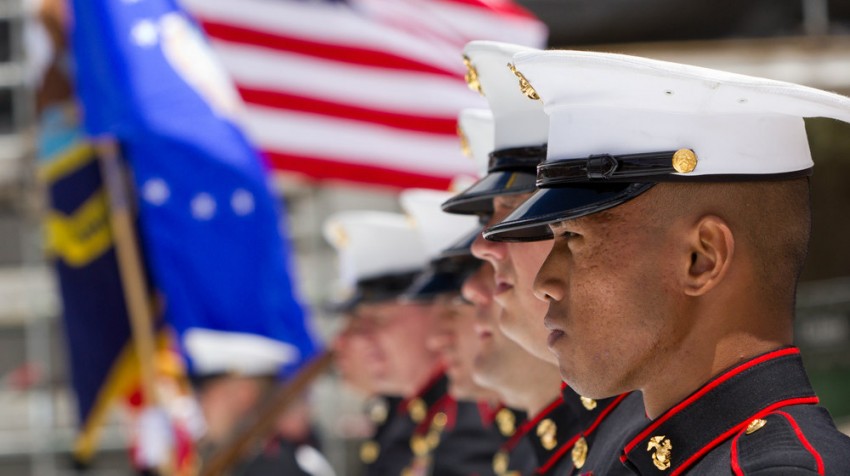 There are certain kinds of people who excel in the business world, and veterans are one of them. Thanks to their military training, veterans excel in intangible assets, making them valuable to any organization. With a variety of experiences, prior training and leadership skills, they may be the best hire you can make.

Military experience doesn’t sound like it would dole out creative people, but it’s where to find someone who can come up with ingenious solutions to difficult problems. Being able to think fast and on your feet is vital to a combat situation, and even if your business isn’t exactly in combat, you can still benefit from creative solutions. If you look at the basic steps to become better at creative problem solving, it’s easy to see that veterans not only have most of them, but they’ve also practiced them a million times.

There’s a big difference between being a boss and being a leader. Leaders are hard to find, and they’re almost impossible to create in the workplace. The main difference between bosses and leaders is how they view themselves in relation to their team — they either lead the team or they’re part of it. Being part of the team is part of being the leader, and it’s an area where veterans can really shine.

Sticking with issues is difficult for everyone. Veterans, however, tend to have a different idea of what perseverance means. One of the first things people are taught in the military is not to give up. That kind of perseverance is a great asset both in the military and civilian worlds. That tenacity can also do great things in business.

Red tape is everywhere. Dealing with bureaucracy is part of business, and it can really put a halt to projects. People who are willing to take the initiative are becoming increasingly rare, but military experience counteracts that. Taking the leap and doing your job regardless of the obstacles can be an amazing advantage in business.

Military jobs are rated as some of the most stressful jobs you can have, so working in business is not likely to put veterans on edge. At least, not as much as civilians. They tend to be able to keep their heads when dealing with high-pressure situations, like negotiations. Keeping your cool is vital in touchy situations, since it can help you get the edge.

Everyone in the military has had some kind of management experience. They might not have been captain, but knowing the chain of command, who to report to and who to depend on are all aspects of that management. Plus, they know what it’s like to be on the bottom. Keeping that experience in mind is vital to good management.

Keeping yourself going through a tough situation is hard. Of course, sometimes it’s hard just to get out of bed in the morning. A lot of the time, people depend mostly on external motivations, which is fine as long as they remain adequate. Internal motivation, however, is what pushes people to go above and beyond, and get the best results.

Being in the military requires you to be flexible. You have to adapt to changing circumstances, whether it’s new orders about where you’re moving to when you’re home or an emergency adjustment in a battle situation. In business, the stakes might not be quite as high, but veterans are still quick to adapt to sudden changes and excel in a fast-paced company.

Creating a team and getting tangible results is one of the things that’s the most difficult at work, and there’s absolutely no way to do that without discipline. You need to be disciplined to keep your temper with some clients, and to push yourself to continue to keep trying for hard-to-reach goals.

Disorganized people are often seen as creative, free-thinking types. While they certainly have some advantages, they’re still more likely to lose things, miss deadlines and generally come across as somewhat flaky. Being organized, however, changes all that. It enables someone to run a team, keep track of their daily responsibilities and get consistent results.

There’s a lot to be said for getting new viewpoints on your team. Having someone with a military background does exactly that, providing new ideas and new ways of thinking. On top of that, about 85 percent of military jobs have a counterpart in the civilian sector. That means there’s a good chance they have training that’s applicable to your business, but in a context that can give you a fresh take on things. With the speed that business changes today, every new idea is helpful.

Military forces are taught that showing up on time is showing up late. If you’re meeting with a veteran, don’t be surprised when they’re there early, and expect you to be there early as well. Anything after 15 minutes before you’re expected is late, and anyone who wants to show their interest is going to be early.

Regardless of where they’ve served, be it Navy or Army, sea or air, home or abroad, veterans have learned skills that make them valuable to any business. Understanding what you get when you hire a veteran means you can fully utilize their skills, both those that have direct importance to their role and those soft skills that make them a better member of the team