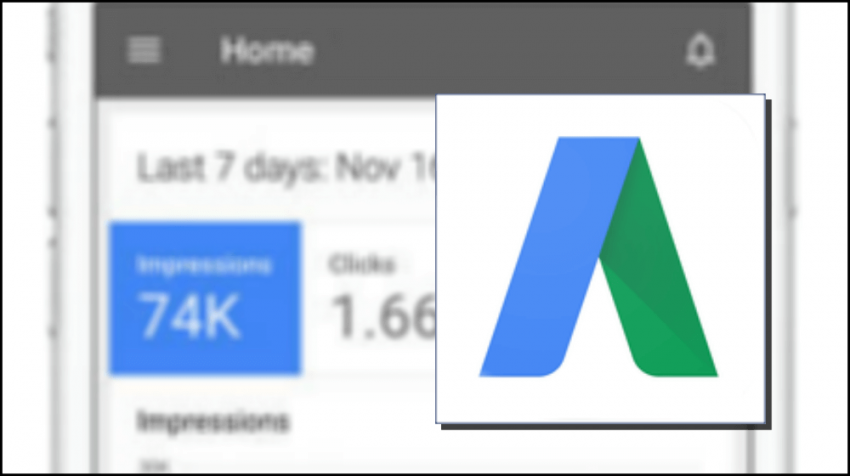 Last March, Google released an AdWords App for Android. I’ve actually never used it before, as I only use an iPhone. At the time, I lamented that the issue with an Android AdWords app was that search marketers overwhelmingly used iOS: 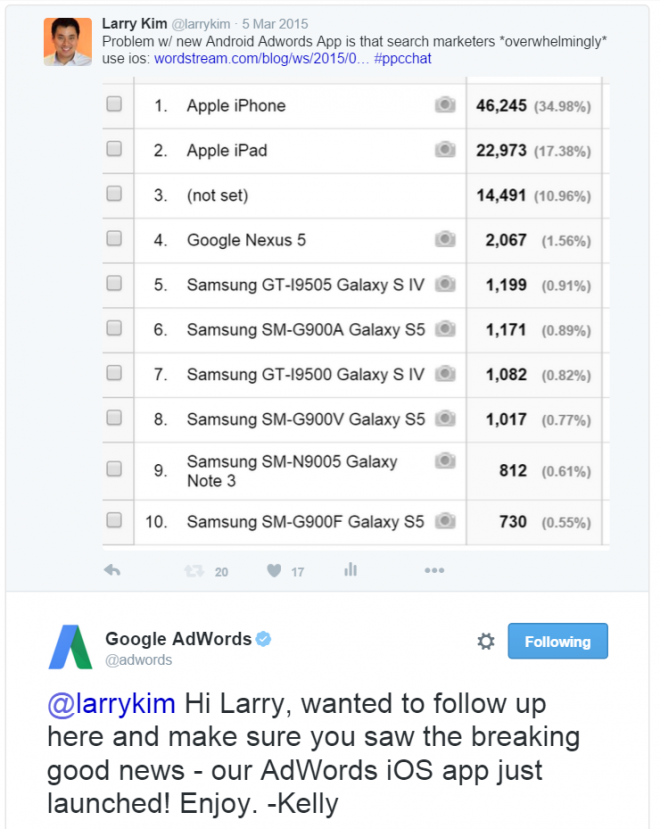 Yesterday, to my surprise, @adwords responded to my near year-old tweet letting me know that a new app is available for iOS! 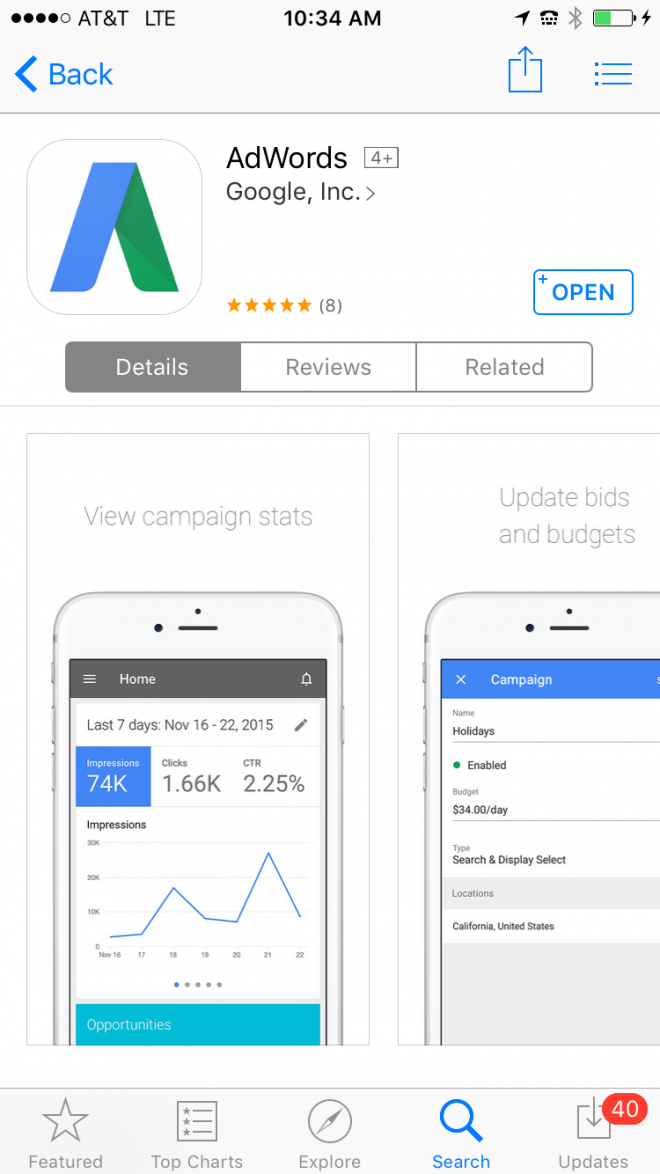 I was mucking around with this thing in my Uber on the way home yesterday and back to work this morning (doing AdWords campaign management in a taxi I hailed from an app — wow!), and wanted to share my first impressions here.

AdWords App for iOS: Not Just a Reporting Tool

The new iOS AdWords app lets you make changes to keyword bids, as well as enable/disable AdWords objects like campaigns, ads, and ad groups. You can also act on various recommended actions (more on that in just a second). 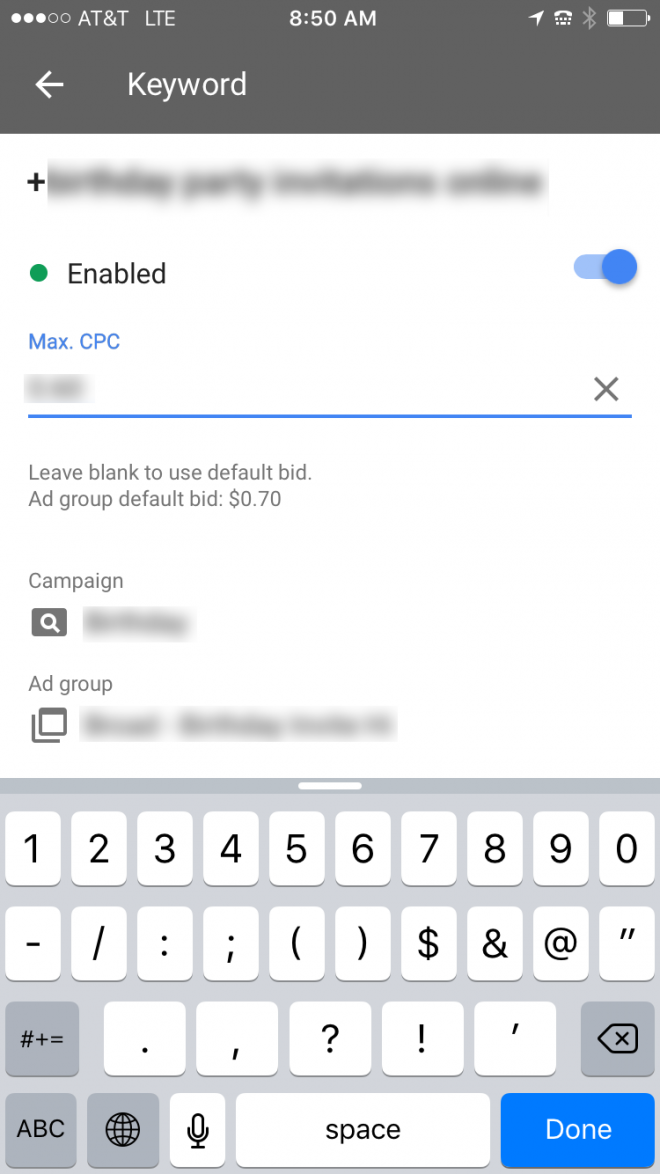 Currently, you can’t do any other kinds of edits. For example, you’ll need to log into the Web app or use AdWords Editor to create new text ads or campaigns or add keywords manually. This isn’t terribly surprising, nor is it that big a deal — you probably wouldn’t want to write new text ads or create new campaigns on your iPhone anyway, but it’s something that Google may add in the future.

Visually, the AdWords app for iOS is beautiful. It features neat, clean dashboards that allow you to see overviews of your campaigns at a glance (and comfortably, even on a smaller screen). The app also features functionality you’d expect, such as customizable date ranges. You can also customize all of the columns in the app, allowing you to create individualized workflows that align with your campaigns and the data that’s most important to you. 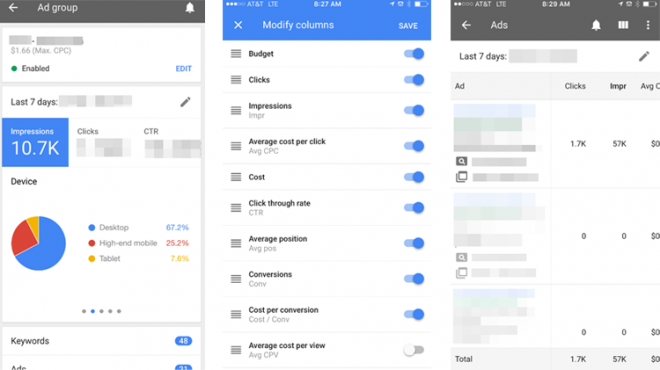 Sometimes you just want to check to see if there are any issues with an account. This can be a pain on desktop, but with the AdWords app for iOS, it’s a breeze, and one of the greatest strengths of the app overall. 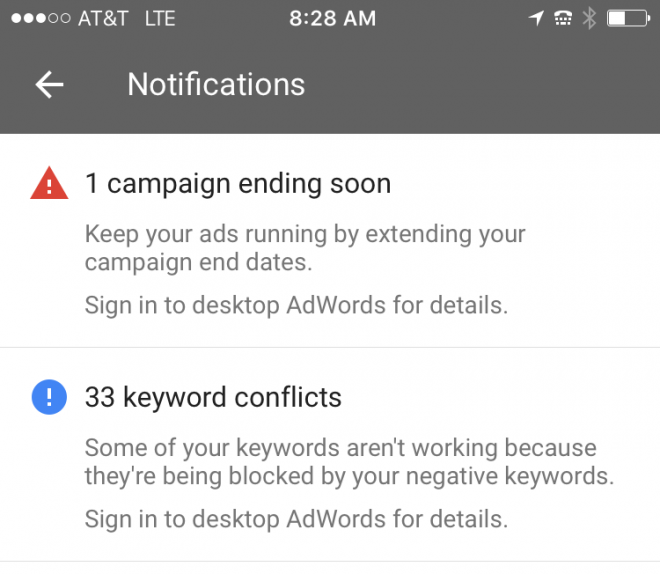 I’m a firm believer in the Pareto principle — the concept that 80 percent of the results often come from just 20 percent of the work — especially when it comes to AdWords. This is where the AdWords app for iOS really shines.

Most of the time, AdWords campaign management focuses on smaller adjustments and minor tweaks. It’s precisely these kinds of changes that the AdWords app for iOS lets you handle on the go. The recommendations and alerts functionality is perfect for identifying these required adjustments, and the app lets you make these changes quickly and responsively.

Of course, there will always be times when more serious campaign overhauls are necessary. In these situations, it’ll be best to stick with AdWords on desktop. That said, Google realizes this, and the AdWords for iOS app doesn’t try to replace AdWords for desktop. Rather, it serves as a complementary tool that lets you manage your campaigns in a way that makes sense on the device you happen to be using.

Think of AdWords for iOS as a way to handle the small stuff quickly, and an alert system that lets you know which areas of your account to work on when you get back to your desk. To me, this workflow makes a ton of sense and aligns closely with my approach to AdWords campaign management in general.

The Opportunities (Recommended Actions) Tab in AdWords for iOS 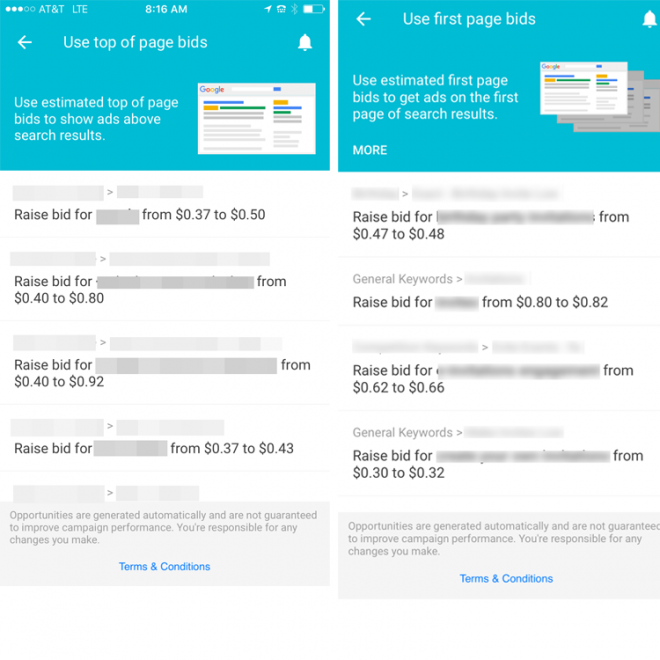 Sometimes, these actions not only make sense, but genuinely are the right course of action. However, it’s no accident that the two recommended actions provided by the AdWords app for iOS will both result in you spending more money on AdWords.

As I mentioned earlier, we’ll probably see additional functionality added to the app further down the road, but for now, this is what we have to work with.

I’m blown away by how fast this thing goes. To really kick the app’s tires, I tried loading some of my largest accounts, and to my genuine surprise, it was much faster than the full-featured Web version. I could easily traverse the various campaigns and ad groups using a pretty easy-to-use interface — much easier than the Facebook Ads app, where I often find myself getting lost on mobile.

I’m super impressed by this new AdWords app for iOS. Over the last six months, I’ve increasingly been checking my social ad campaigns using Facebook Ads and Twitter Ads in their respective apps, and I have no doubt this new AdWords app will help me manage AdWords campaigns on the go. It definitely won’t replace AdWords for desktop — but it’s not supposed to.

Download the new app from the Apple App store and try it out today!