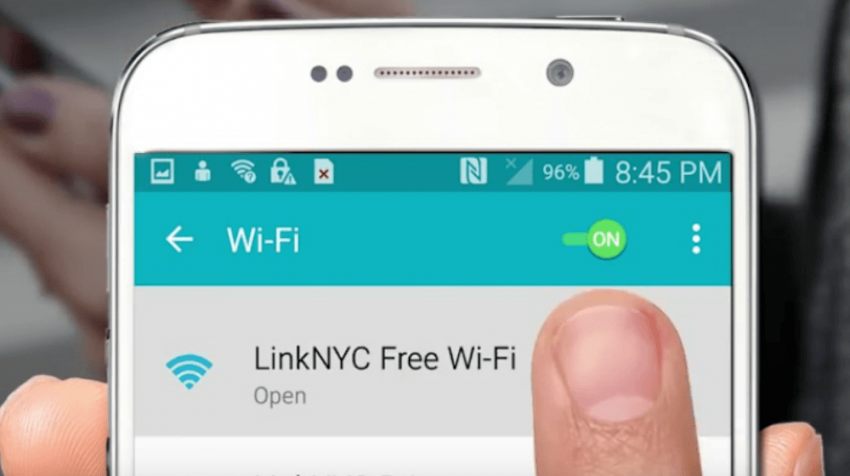 When was the last time you used a public phone? That is a question most of us will have to scratch our head to answer, because it has been that long ago. Which is why the move by New York City to replace 7,500 public payphones with WiFi hubs makes a lot of sense.

As the first of the New York public WiFi hubs went live last week, the question on everyone’s mind was how safe are they?

Considering the threat landscape in the digital environment, it is a very valid question. With everyone from the IRS and White House to major banks experiencing security breaches, what are the precautions the LinkNYC project has taken to protect its users?

The New York public WiFi hubs provide free gigabit-fed WiFi to anyone within 150 feet of the installations. Each unit will have USB charging ports along with custom-built tablets for web browsing.

When it is all said and done, the five boroughs of New York City will be connected as part of the LinkNYC system, creating the largest public municipal WiFi system in the world.

As reported on The Verge, the potential security risks are planting malware on the network, keyloggers on the tablets to track what users type and compromising the USB ports. While these are likely scenarios, the article goes on to say there would have to be a dramatic security failure for this to happen. However, any connected device has the potential to be hacked and these WiFi hubs are no different.

The organization that designed the New York public WiFi hubs, CityBridge, has put several contingency control measures to ensure they are as safe as possible. This includes ending a session if a user is receiving data from a command-and-control server and making the hub go through a hard reset after 15 seconds of inactivity. What this means is, anything that is not installed by the company will be wiped.

According to the FAQ page of LinkNYC, the private network provides an encrypted network connection between your device and the hotspot, which is designed to secure all wireless communications between the devices you are using and the link.

The company said this is the first free municipal WiFi services in the country to offer this type of protection. It also reminds users the USB port is only for charging your device, and it cannot transfer data between your device and the link.

Even though they have done all they can to secure the hubs, as a user you are ultimately responsible for protecting yourself. Remember to always use web server-based SSL encryption. Don’t ever access financial services on any public or open WiFi. Turn off file sharing and only have your WiFi on when you are using it.

The LinkNYC is currently in Beta, and the private network is available only on Apple devices with Hotspot 2.0 technology, including iPhone 5 and 6 as well as fourth-generation iPads, and all versions of iPad Mini and iPad Air and Pro. The public network, on the other hand, is available for all devices, but it does carry a bigger risk.