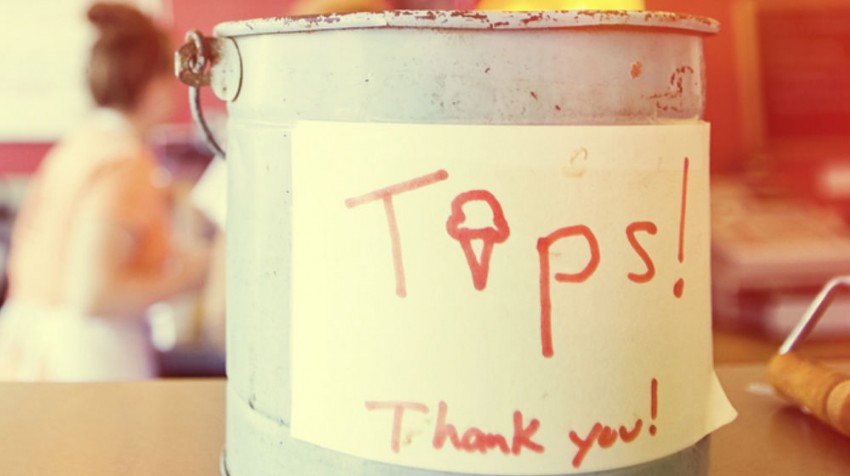 Restaurant owners, staff and customers have long questioned the culture of tipping, but like any entrenched cultural practice, it has proven difficult to change.

Now, prompted by a slew of new minimum wage legislation in major U.S. cities, an increasing number of restaurateurs are experimenting with a no tipping policy as a way to manage rising labor costs.

In cities like New York, where tipping is subject to a confusing mix of federal, state and local regulations and tax laws, a no tipping policy would do more than just simplify bookkeeping.

Restaurant managers say a no tipping policy would also allow them to better calibrate wages in order to distribute earnings more fairly among employees, based on the complexity of their jobs and length of their service.

“Removing tips has been on people’s minds for many years,” Miller told Crane’s New York Business. “There just hasn’t been the right kind of catalyst to force the change.”

But the idea of removing gratuities in New York is also motivated by long-simmering discontent over the inequality in restaurant earnings between the waiting staff and the “back of the house,” the kitchen staff.

By law, tips cannot be shared with employees who do not interact directly with customers.

So, when waiters celebrate a big night and cooks are left behind, “There is always some level of guilt between the front and back,” Miller explained.

Miller says cooks’ wages have stagnated at $10 to $12 an hour over the decade he has been in the high-end restaurant business. Waiters’ tip-based take, however, has risen with menu prices, he said.

The minimum pay for tipped workers in New York rose to $7.50 an hour from $5 on December 31, exacerbating the already obvious pay disparity between servers and kitchen staff, for whom base minimum wage inched up by a mere quarter.

That’s the impetus some city restaurateurs say has prompted them to change how they pay servers, who at most eateries are tipped employees, and “back of the house” workers like cooks and dishwashers who usually don’t receive tips.

At least 18 New York City establishments have eliminated tips and implemented a general service fee to offset wage disparities, according to Grub Street.

Huertas and Fedora in Manhattan and Roman’s in Brooklyn are among the restaurants that have gone gratuity-free.

Under this new pay plan, servers at Miller’s East Village tapas bar will now make $9 an hour (the non-tipped minimum wage) and get employee’s revenue share payments equaling 13 percent to 14 percent of sales.

Miller says that will allow servers to bring home an average not that far from what servers might have expected with tips, roughly $25 to $30 an hour.

Roman’s and Fedora have also implemented a revenue-sharing pay model to keep servers’ wages stable after loosing gratuities. Customers, nevertheless, will have to contend with a 22 percent price bump as menu prices increase to make up for the wage hikes and no-tipping policies.

“There’s a lot more costs incurred by the restaurant because the wages that we are paying are higher,” Miller said, referring to sick pay and other benefits.

While decreasing the wage gap between servers and other “back of the house” employees is a key impetus for eliminating tips, it is not the only one.

By ending tipping, restaurants can sidestep the tipped minimum wage pay hike, a prospect that is appealing because it allows them to pocket the higher revenue while still retaining the flexibility to raise menu prices and workers’ wages.

A majority of restaurants are adopting a wait-and-see attitude.

Nancy Bambara, vice president of DZ Restaurants, for instance, is quoted as saying that while her company has no immediate plans to move to a no-tipping policy, options are being kept open for the future.

“We’re talking to our staff and getting their thoughts on the matter,” Bambara said. “We want to do what’s best for our staff and our customers.”