You Can Stick This Tiny Bluetooth Tracker on Just About Anything 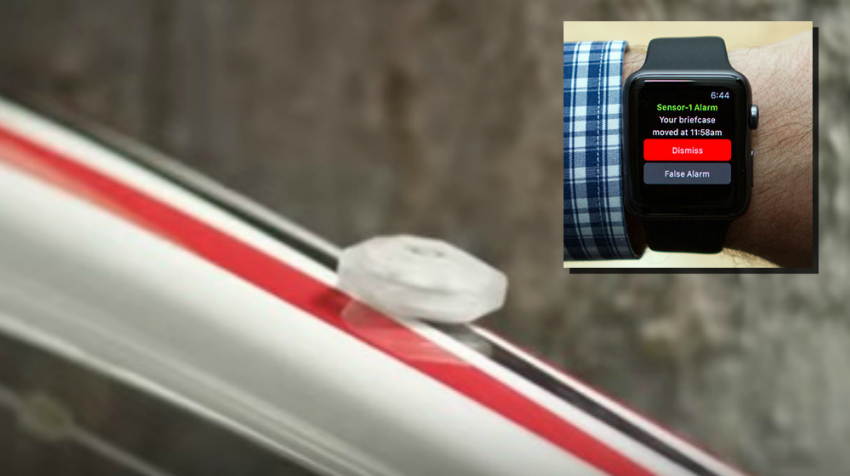 Nowadays, many entrepreneurs and small business owners are on the go, perhaps working “mobily” and often they have important technology with them, including laptops or tablets.

While many have taken the necessary measures to protect themselves from cyber attacks, the threat of losing stuff to thieves or forgetting your briefcase with important business documents in a restaurant still remains real and happens often enough.

Losing stuff feels really bad while having something you value stolen is even worse. However, technology can protect us from such situations and that’s what Sensor-1 is all about.

Created by MetaSensor Inc., a security systems and services company based in Santa Clara, California, Sensor-1 is like a Bluetooth keyfinder on steroids.

Sensor-1 is a quarter-sized security device that can help you avoid data theft, ward off intruders and also make sure nobody rifles through your files when you have your back turned. This highly portable security device contains a magnetometer, a gyroscopic stabilizer and an accelerometer that work together to track the orientation of the device or object it’s attached to in three dimensions.

As you might anticipate, Sensor-1 is accompanied by a smartphone app that allows you to set how the alarm goes off. You can, for example, instruct it to silently send an alert to your smartphone or sound an alarm and flash lights, or do both. The sensor senses movement in any direction and works in any orientation, alerting you if your device moves outside of the set “safe” radius. The sensor will also automatically send an alert when someone is trying to take the sensor off.

Unlike other finders, Sensor-1 is able to track and take into account motion in all three dimensions, including yaw and roll. This allows the user to know exactly how their device has been moved.

With such devices, the battery life is an important aspect and for this tiny sensor, the company claims that it can run for more than a year when used in Stealth Mode (no LED lights or siren).

Sensor-1 is already up on Indiegogo and will go for $99.99 for one sensor or $199 for three sensors with API access. The sensors are expected to start shipping globally between October and November. The company also plans on releasing an Android app in Q4 of 2016.