9 Signs of a Toxic Boss – Are You Being Poisoned? 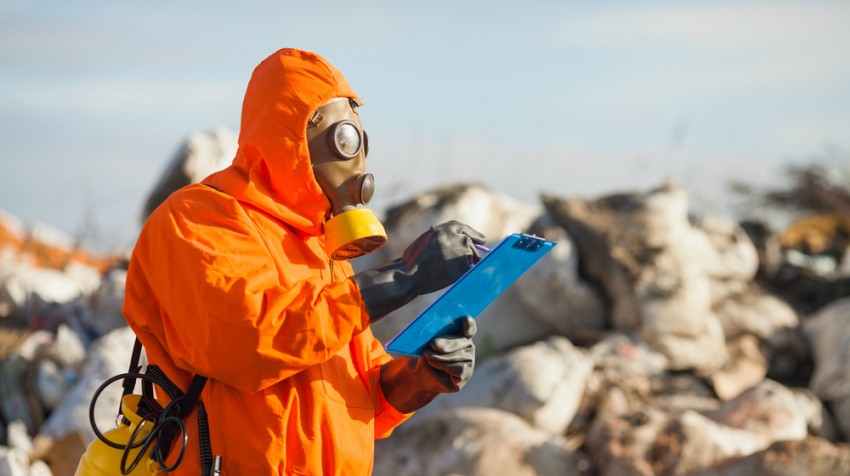 We all have toxic tendencies, some of us more than others. That goes for employees, interns, managers — and bosses. Being toxic can mean many things, but it’s ultimately a behavior that poisons the environment and those around you (metaphorically, of course). It’s detrimental to employee morale, company culture, relationships in business, and can even take down a company if not addressed.

Think you might be working for a toxic boss? Here are some of the biggest red flags he or she might be waving in your face.

Warning Signs of a Toxic Boss

Being passive aggressive is a staple for toxic people. But when your boss has this trait it’s even worse. Maybe they leave “helpful” signs in the break room reminding everyone to not heat up some monstrosity of a tuna-egg salad sandwich for lunch. Everyone knows the boss is targeting the one employee who eats that particular sandwich. But instead of going directly to the source, your boss publicly shames them without confronting them privately.

Unfortunately, sometimes bosses are genuinely trying to be helpful when they micro manage every aspect of the company (or a particular employee’s duties). However, what they’re really saying, and perhaps thinking, is that nobody can possibly do as great a job as them. They’re also letting employees know that they don’t trust them and don’t think they’re capable of the task at hand.

3. You’re Supposed to be a Mind Reader

A boss is supposed to be a leader and leaders are clear communicators. If your boss consistently fails to provide directions, feedback, and encourage you to ask questions, they’re not trusting you. They’re expecting you to read their minds. Do they get frustrated or angry when you don’t deliver because you didn’t guess their wishes correctly? That’s a tell tale sign of a boss who wishes they managed a carnival with psychics instead of an office.

You’ve realized by now that adult life sometimes isn’t that different than elementary school. Some teachers have teacher’s pets, and some bosses have boss’ pets. If your boss clearly favors one or some employees over others, going to lunches only with them, gossiping with them, bringing them little trinkets (even if it’s the occasional “bad coffee” from the break room), or is Facebook friends with them and no other employee, you have a problem. Being their favorite doesn’t mean much when it’s just about who’s sitting next to the head honcho at the meeting. But it’s huge when it comes to promotions and layoffs.

Bosses are human, too, and in rare cases you just can’t help to bring your personal life into the office (i.e. the day your boss files divorce papers, it makes sense if they’re a little quieter or bluer than normal). However, if you can never tell if they’ll be up, down, mad, elated, or anything in between, it’s like spending eight or more hours per day playing Russian roulette. It’s exhausting, and for some employees might even be terrifying.

6. Gossip is Spilling from Them

Office gossip is bound to happen, especially in smaller environments. However, it’s your boss’ job to lead by example (and in extreme cases address the gossiping of others). If your boss talks negatively about any of his or her colleagues or employees, that’s a deadly sign. Gossip can destroy a company from the inside out, and when the boss is partaking (or leading!) it, it’s only a matter of time before an implosion.

7. There are Benefits “Just for the Boss”

Of course your boss probably has benefits on the up and up that others don’t enjoy, like a higher salary. However, bosses are also in the position to take advantage of where they stand. Do they regularly come in late, leave early, take long lunches, not follow the dress code (while enforcing it on others), or use company property for personal use? If they were an employee they would be written up or fired.

We all need to unload from time to time. Still, it’s the role of a boss to not “use” their employees in any capacity, including as a sounding board. If you know about your boss’ love life, hangover or intimate details about a business deal that you shouldn’t be privy to, your boss is using you as a makeshift therapist. That’s great for their stress levels, but it’s being transferred to you and it’s completely unprofessional.

Some guilt trips are passive aggressive, but not all passive aggressive behavior includes a guilt trip. If your boss tries to make you feel guilty for things you shouldn’t, such as working overtime and not getting paid for it (illegal), or not performing a task “the same way Jane used to” (but the results and quality are the same) — you’re in for a long work life of feeling subpar.

With a toxic boss, your workplace is toxic and it’s only a matter of time before that toxicity begins to seep into your work and personal life.

Depending on your unique situation, you might be able to take action. It’s often dangerous to approach a toxic boss yourself, since their position of authority also puts them in a position to control your job security. If you have an HR department, discuss your concerns with them. They are bound by confidentiality agreements and their job is to help you and ensure an efficient, safe environment.

Sadly, in many cases there’s no correcting a toxic boss.

These behaviors are usually either part of a person’s character or have been practiced and honed for so many years that it’s second nature. What you do have control over is how you handle external toxicity. Consider where it stems from, remember that it’s not your fault, and make a conscious decision of how to best respond to negate that toxicity as much as possible.

Pratik Dholakiya is the founder of Growfusely, a content marketing agency specializing in content and data-driven SEO. As a passionate SEO and content marketer, he shares his thoughts and knowledge in publications like Search Engine Land, Search Engine Journal, Entrepreneur Magazine, Fast Company, The Next Web, YourStory, and Inc42, to name a few.
10 Reactions
Subscribe
Follow @smallbiztrends
RSS LinkedIn Pinterest iTunes