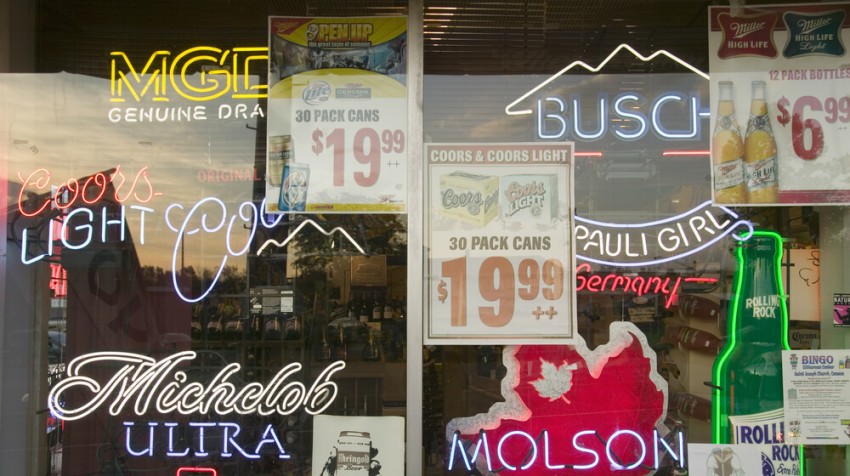 New York’s beer market may be large enough to accommodate all the local industry players, but the big money is going to big box stores like Costco and BJ’s at the expense of smaller independent distributors.

According to an article published in Crain’s New York Business last month, the trade group for independent beer distributors in New York hired an investigator to look into the mega-stores and see if they are circumventing the system, undercutting them and stealing their bodega business.

Big box stores and chains are not supposed to sell beer to people who would later resell the beer to their customers.

Beer in New York — and in most states — is distributed through a mandated three-tier system: brewers, distributors and retailers.

The state of New York outlawed bars or retail outlets that are supplied directly by a brewery to discourage raucous saloons that are backed by big suppliers.

Now breweries sell to wholesalers like Manhattan Beer Distributors, the largest beer wholesaler in New York, which then sells to retail stores, bars, bodegas and sometimes to smaller distributors.

Independent beer distributors also move wholesale beer around the city to neighborhood warehouses, where local bodegas and shops can pick up the six-packs.

The investigator hired by New York’s independent beer distributors bought beer at Costco Wholesale using the bodegas’ memberships and captured the sales on video, proving bodegas top up at Costco.

The reason bodegas and other small shops get their beer at big box stores is simple: it’s much cheaper than wholesale beer.

KelSo Brewery in Brooklyn, for example, sells a Pilsner six-pack to a wholesaler for about $5.50, according to founder Kelly Taylor. The wholesaler sells the six-pack to retailers for $7.50, and retailers mark up the price by about a 40 percent margin. Factoring costs like delivery fees and excise taxes, a six-pack that costs $7 wholesale quickly edges up to $11 or $12.

All the while, big box stores sometimes sell retail beer at a mere 6 percent margin.

The main reasons big warehouse stores can sell beer cheaper is because they are part of huge companies that buy in bulk for one delivery and can thus negotiate huge discounts, and also because they sell so many other retail goods, while independent distributors mostly only sell beer.

“We found that these big box stores weren’t even bothering to check, and simply allowed retailers to use their business membership to purchase beer,” one distributor, Paul Gagliardi, owner of Flair Beverages located at Ninth Avenue in Inwood, told Crain’s. “Every single illegal sale that they made to a retailer hurt an independent beer distributor licensed to wholesale beer to retailers.”

The distributors sent footage of their investigator buying beer at Costco to the State Liquor Authority and made a formal complaint.

The State Liquor Authority, upon receiving a formal complaint, is said to have worked out agreements last May with big box stores requiring them to hang a “not for resale” sign at their beer displays. In return for honoring the agreements, the agency dropped previous cases against the bulk retail stores.

It’s not easy to prosecute bulk retailers because they are subject to a higher standard of proof, said Flug. “There’s a burden of knowledge there … that you knowingly sold the product to a retail licensee,” she said. “For a retail licensee, I don’t have to prove that they didn’t know.”

Independent distributors who were not aware of the arrangements until they asked for records of their complaint, are outraged. They say they are being trampled by big box stores and authorities who favor the bulk retailers. And they want tougher enforcement on wholesalers.

“This is a fight for small business survival,” Edward Perez of the trade group Empire State Beer Distributors said.

The distributors have called on Attorney General, Eric Schneiderman, to push state legislation that would require wholesalers to post prices, effectively forcing them to sell at the same prices to everyone rather than cut deals with bulk retailers.