How NOT to Use a Stock Photo 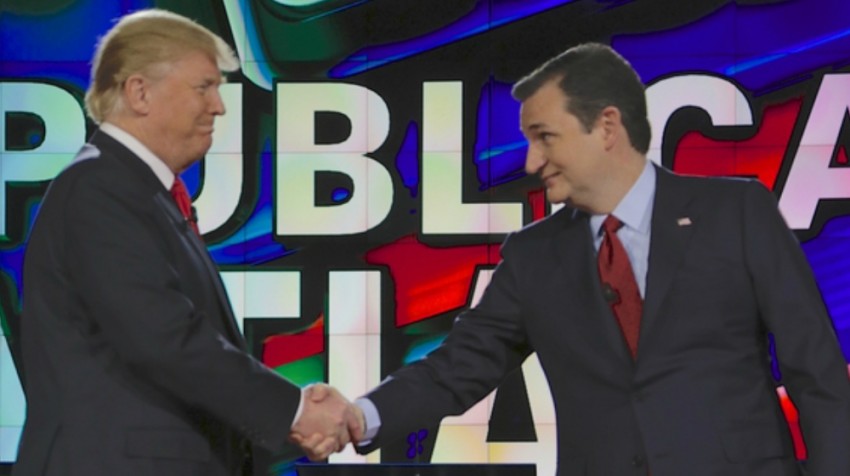 A lot of small businesses rely on stock photography services to add some high-quality images to their websites and other promotional materials.

The benefits of great visuals are obvious and have been discussed ad nauseum.

The poor use of stock photos … well.

Of course, it turns out Presidential campaigns also invest in stock image services. But recently news broke that the Sen. Ted Cruz campaign may have definitely taken the award (if there is one) for how NOT to use a stock photo.

Check out this Tweet from CNN’s The Situation Room with a stock image and the — uh — creative license the campaign apparently took with it side by side :

Then campaign operatives flipped the photo horizontally. Then they superimposed the heads of Sen. Marco Rubio — Cruz’s competitor for the Republican Presidential nomination — and President Barack Obama on the stock models.

The idea was to show how Rubio and the President, a Democrat, were in lock-step on a campaign issue. And the idea, of course, was to discredit Rubio. But the results were quite different.

In fact — from a graphic design perspective (and in every other way) — they were a disaster. The intent of the photo was to paint Rubio in a bad light.

Instead, the Cruz campaign has been the one embarrassed and discredited with a clearly doctored photo and serious questions about the campaign’s integrity and competence.

The fallout continues. Following the gaffe, the campaign has fired its communications director and is consistently answering questions about its credibility.

The campaign hasn’t won a primary contest since the Iowa Caucuses, its first and only victory. And support seems to be fading following another third-place finish in Nevada on Feb. 23.

The misstep has served as fodder for Cruz competitors Donald Trump and Rubio, who portray him as dishonest and a liar.

So, what can brands and small businesses learn from the debacle? Here are some lessons to be learned from the Ted Cruz photoshop gaffe. 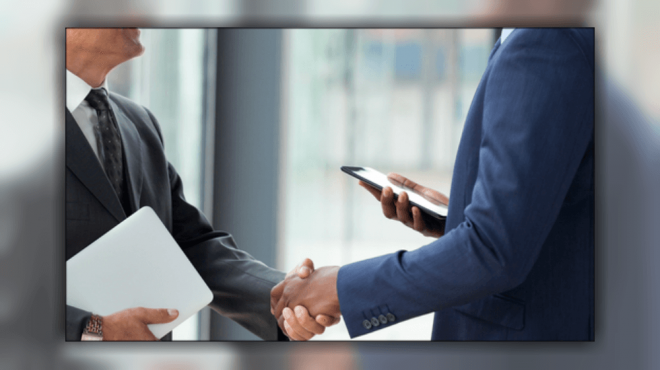 Flipping stock photos can create awkward and unnatural-looking results — and can create questions in your audience’s mind. Here it resulted in the models giving each other a left-handed handshake.

This isn’t common and really was a dead giveaway that the image was a fake. The awkwardness of that image draws a reader’s attention away from the real message the photo was supposed to be communicated.

(In the campaign’s defense, it never purported the photo to be real, just an image for effect.) It was a bad effect!

When you’re in college studying graphic design, a first instinct is to lop off a head in a photo and replace it with another.

Presidential politics is not a college course and neither is running your small business. And that’s the last impression you’d want to give your customers. Amateur tricks like this are best left in the classroom or for purely humorous instances.

Plus, this is not an easy Photoshop trick to get right. If you absolutely must do this, be 1,000 percent sure it looks so good it doesn’t look Photoshopped.

There are lots of great images on stock photo services. The people and companies creating many of the images you see during your searches are being created by small businesses around the world.

They’re good at what they do and their images are typically of a high quality. It’s why you have to pay for these photos.

Having said that, there really aren’t many reasons why you should go altering these images, unless it’s adding text where appropriate or cropping them for size purposes.

4. Stock People are Not Real People 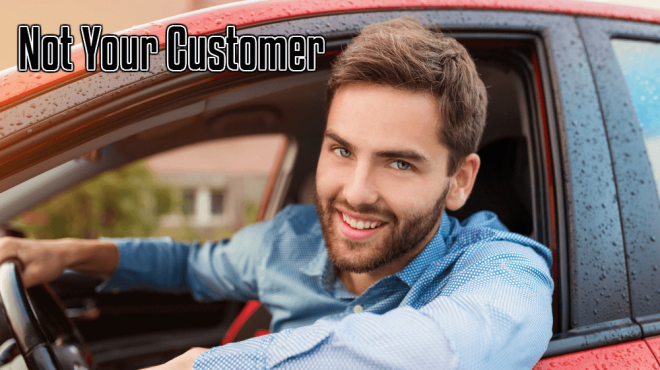 Sure, there are a lot of models in stock photos. And it’s always nice to have people in a photo.

But beware of using such images in any way that implies they truly represent you, your employees, your customers.

If you’re boasting about how your customers love your products, or even including photos with testimonials, don’t use stock people.

No one’s buying it … the reality of the photo or your product or service, at that point.

Failing to use real people in a real photo cost Ted Cruz a lot of credibility and he wasn’t even purporting the photo to be real from the start.

Using a stock photo model and purporting it to be a customer is a definite no-no.

It didn’t take particularly long to find the stock photo used by the Cruz campaign on a stock photography site. If you’re looking to stand out from the rest, go past Page 1 of search results on the stock photo provider you use.

If visitors to your site see photos they’ve seen elsewhere, it’ll give your website — and perhaps your company overall — a very cookie cutter look. That’s probably not the image you’re hoping your brand conveys to the public.

The one big takeaway from this debacle has been the likely split-second decision that went into picking this stock photo. It may have seemed an insignificant moment in the course of a Presidential campaign. However, clearly that wasn’t the case.

Similarly, you may think the choice of the right photo for that next online article or newsletter doesn’t compare with the importance of hundreds of other decisions you make daily in the day-to-day operations of your business . Think again.

This one seemingly minor decision may have helped to unravel what was, by some, considered a very credible bid for the White House. It’s definitely cast doubts on the Ted Cruz brand.

What could a similar foul-up do to your small business’s reputation?

Be sure to scan every stock image very carefully before using it. And then consider how you’ll be using it. Play Devil’s Advocate and then ask someone else to do the same. What’s the worst that could come out of using this image for your business?