What Can Animal Celebrities Teach Us About Branding? 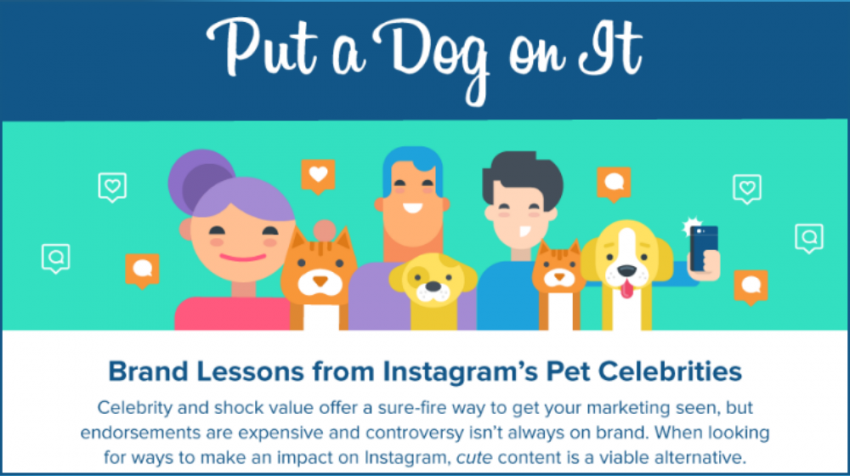 When you think of celebrities, the faces that come to mind are probably not covered in fur. But you might want to change that thinking for the sake of your marketing.

Animal celebrities are a growing trend in the marketing world, thanks in large part to social media platforms like Instagram, where people can create entire accounts dedicated to their animals and grow huge followings. And as it turns out, some of these famous pets are actually great marketers.

Take Grumpy Cat, for instance. The sour faced kitty, who’s really named Tardar Sauce, gained notoriety because of a Reddit post back in 2012. And since then, Grumpy Cat’s brand has grown to include a Grumpy Cat app, a possible Grumpy Cat movie, and even a Grumpy Cat Grumpuccino beverage.

There are plenty of other animal celebrities getting attention online as well. Some of them may not have the name recognition of Grumpy Cat. But they still have large and dedicated online followings.

Boo, for example, is a Pomeranian who’s famous for his short, fluffy haircut. He currently has more than 17 million likes on Facebook and 43.3 thousand followers on Instagram. Virgin America even signed Boo to be the airline’s spokesdog. He appeared in marketing materials that featured advice for people flying with pets.

Boo is just one example of a pet celebrity. There are plenty of other dogs, cats and even more unconventional animals like pigs and raccoons, who have gained Instagram fame. Some of them have appeared alongside commercial products and even appeared in books and TV shows.

Using famous animals in marketing materials may seem like an unconventional route. But there are plenty of advantages to doing so. There’s the cute factor, of course. But having a spokesdog or other famous animal in your marketing materials can also be less risky than hiring an actual human celebrity. You don’t normally have to worry about dogs or cats getting into legal trouble or saying something offensive or off-brand.

The infographic below, which was created by Column Five Media and Marketo, includes even more famous pets that have grown big followings online, particularly on Instagram. It also includes some pointers for using “cute” marketing.

Brought to you by Marketing Automation Software by Marketo