Are Small Businesses Growing? The Short Answer Is… 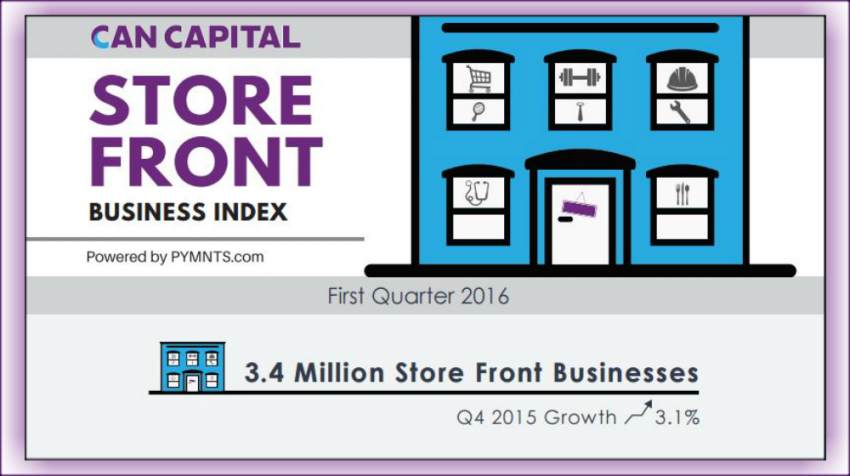 Yes! Economic slump notwithstanding, small businesses in the United States are doing much better than expected.

According to the latest Store Front Business Index (SFBI) (PDF), a collaboration between CAN Capital and PYMNTS.com, small businesses are growing faster than the U.S. GDP — 3.1 percent versus 2.7 percent.

The quarterly report defines storefront businesses as those that are seen lining the main and side streets of local communities, including coffee shops, convenience stores, hair salons and more. It takes three criteria into account to measure the health of the small business sector: growth in new establishments, wages, and employment.

The Store Front Business Index reveals a number of interesting insights. Here’s a look at the some of the key findings:

Interestingly, wages were the largest growth drivers within the Index. On an average, total wages rose by 4.9 percent, and are expected to grow by 4.2 percent for the fourth quarter in 2015.

The Professional Services segment drove this growth, growing at 8 percent and is expected to have grown by 8.6 percent in the fourth quarter of 2015, when the data becomes available. (The index draws on data from the Quarterly Census of Employment and Wages produced by the U.S. Bureau of Labor and Statistics which has not yet released data for Q4 2015.)

The study found that growth in establishments continued to slow (down to 2 percent) and emerged as the smallest contributor to the Index growth overall. The number of establishments is, however, expected to grow by 2.1 percent.

According to the forecast, the South is expected to lead the way with a 3 percent increase, followed by the Mountain and Southwest regions.

Employment trends remained consistent but not as impressive as total wage growth, the Index finds. This suggests the actual rate paid per employee grew. Meanwhile, the average number of employees in a small business saw consistent growth throughout the country at an average rate of 3.1 percent, and it’s projected to have grown by 3.1 percent in the fourth quarter of 2015 when those numbers become available.

Professional Services contributed most to the growth again, seeing a 4.6 percent increase.

Segment wise, Professional Services emerged as the key growth driver. The segment grew at 4.9 percent and is projected to have grown by 4.8 percent in the fourth quarter of 2015 when the data is examined.

For the quarterly Index, CAN Capital and PYMNTS.com track roughly 3.4 million business establishments. The study evaluates the merchants and service providers that are most typically found in urban and suburban areas: eating establishments, professional and personal services, construction, remodeling and repair services, fitness, and a wide variety of retailers.