9 Questions to Ask When Building a Mobile App 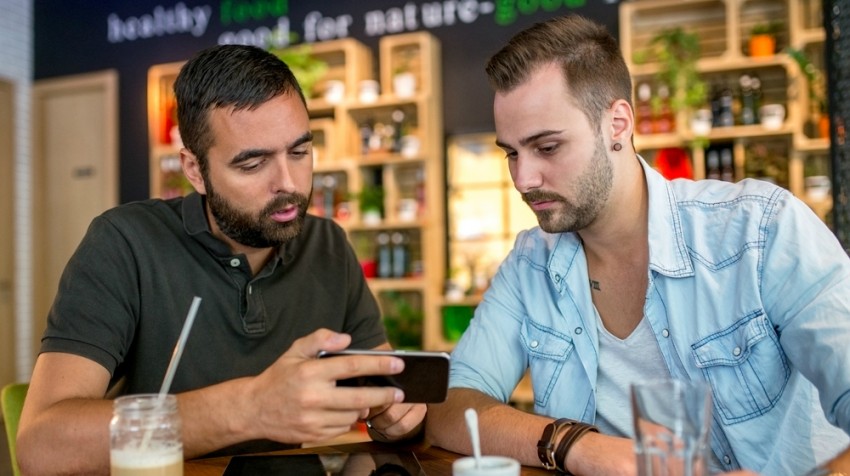 “The next big thing” is a phrase that gets tossed around often. Entrepreneurs dream of creating it but often don’t know where to look, so they head down a long, bumpy road that sucks their wallet and their inspiration dry. Of course, failure nearly always precedes success, but it doesn’t hurt to avoid failure when you can.

If you’re embarking on a new mobile app idea, first consider whether you’re a results-oriented or a cause-oriented person. This will help you perfect your approach and, better yet, may prevent you from investing in an idea that’s likely to flop. The cause-method-results path tends to be best; profits are just a result — they may drive entrepreneurship but they’re not something to build off of, so consider your cause first and foremost. Whatever you create must have demand and whatever has demand serves a purpose for its customers.

So how do you identify the purpose of your next mobile app?

Imagine you’re an average smartphone user and someone tells you about this app. Would it excite you? Would you want it? Would other people want it? Ideally, they’ll need it, but the next best option is that they simply want it.

So how can you create a want? Look around you. This era is all about the translation of life into digitized form. It’s all about information that makes people’s lives easier. Urbanspoon, Foodspotting, and Yelp do just that. They speed up and simplify your life. How will your app make its users’ lives simpler and speedier?

2. Is it Offering Something that Doesn’t Already Exist?

That’s exactly what Mark Zuckerberg asked the Winklevoss brothers when they told him about the idea of Harvard Connection, and they certainly had an answer. If your basic idea resembles something that’s already out there, you need to be confident your app will offer something its competitor doesn’t. Do you think your interface will blow it out of the water? Is the other app particularly vulnerable in a crucial department, like connectivity or functionality? Can you take advantage of that?

3. How Soon Can You Launch?

Say your app idea is amazing — it’s something people would absolutely love and it’s completely unique. Now what? The biggest mistake you can make is to sit on it. There’s one thing Bill Gates, Mark Zuckerberg, and Elon Musk would all agree on: you must rush to the market to launch your idea or someone else will. It’s a competitive world. Everyone’s trying to innovate. So the sooner you dream it, the sooner you must build it, because someone else is bound to dream and build the same thing tomorrow or the day after.

That brings us to the question of complexity. Can you design and develop this app yourself? If not, can you get someone else to do it? And if you get someone else to do it for you, how much can you pay them? Would you look to a simple app creation platform that lets you build and host the app easily or go to a team of custom developers? And what’s the faster approach?

If you’re going to sell something, better to sell it to a hundred people than to ten. How many platforms does your app cater to? An Android app is better than a Galaxy-specific app, so try to maximize your audience as much as possible; don’t make the classic mistake of approaching only a handful. Most of the time, increasing your potential users just takes one simple addition but makes a huge difference in the long run.

6. Can You Survive the Market?

It’s time to consider your competition and your marketing strategy. The idea is there. You can build and launch it soon. Now ask yourself if you have the money and the drive to compete. When you launch a product that hits your rivals where they’re vulnerable, the bigger companies you’re hurting will wage war, rapidly improving their product to maintain their top spot. That’s why it’s paramount to consider how soon you can make the name of your product echo in the market. Can you hire marketing agencies? If you don’t have the money, do you have investors who can do it for you?

7. People Love Your Product Today. Will They Love it Tomorrow?

Your app’s ability to inspire return visits is what will help it dominate the market. Does it hold long-term value for its users? It needs to. Does it encourage consumer loyalty? That’s a must. It should be habit-forming, engrained so much into the mobile lives of your users that they wouldn’t consider switching to a competitor.

8. How Will You Get Results?

Profits require commercialization — particularly ad-hosting. Businesses are biting at the bit to advertise in apps that overlap with their target market, and creating digital ads is far cheaper than print. Whether you use an ad service like Doubleclick or AdMob or go with a custom solution, make sure your ads don’t detract from the user experience. Of course, charging for downloads is another option, but if you’re aiming to mass-distribute it’s best to keep it free.

9. Does Anything Need to be Eliminated?

The secret to making highly usable apps isn’t adding more and more stuff but eliminating as much as possible. You’re probably focused on packing in features now, but your app likely contains some redundancy already. Superfluous features increase your file size and suck up device memory — not a great thing from the user’s perspective. So simplify it.

Approach your next idea with purpose and foresight. The next big thing in mobile is out there, but method and strategy are crucial to its success. Just make sure you get there first.