Drone Deliveries Grounded by FAA For The Time Being 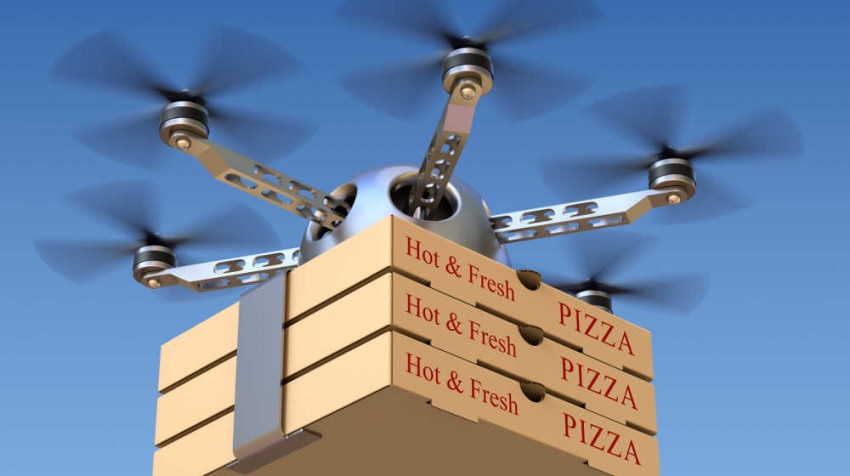 Since Jeff Bezos, CEO at Amazon, announced a plan for delivering goods via drone in 2013, a dream has taken hold. Large and small businesses alike imagine a time when drones deliver everything from merchandise to pizza.

But a recent report by the National Retail Federation sees drone deliveries grounded for the foreseeable future.  And the main stumbling block seems to be the Federal Aviation Administration.

Since the announcement by Amazon’s CEO, everyone from DHL and Google to Walmart have explored the possibilities by applying with the FAA requesting permissions to test drones, as well as actually using drones to deliver packages.

But the fact of the matter is, there are many hurdles to overcome before drone delivery becomes a reality in the U.S.

“A reading of the FAA’s public statements and actions over the past few years leads to the conclusion that wide-scale drone deliveries aren’t going to be authorized soon,” Guillot explains.

“Drones lack ‘sense and avoidance’ technology that would allow them to ‘see’ one another like radar technology for manned aircraft. Regulators say it’s a necessary element to have in place before tens of thousands of drones can make long-distance flights out of operators’ sight.”

Big players like Amazon have suggested some solutions for delivery-by-drone, Guillot admits:

“At a NASA convention in California last summer, Amazon proposed a special air zone for its delivery drones, an area between 200 feet and 400 feet from the ground that would be reserved for flying drones at speeds of 70 miles per hour or more.”

Of course, no one is sure where that leaves smaller businesses seeking to use drone delivery — or Amazon’s other larger competitors, for that matter.

And there’s another barrier, according to Mary Cummings, director of the Humans and Autonomy Lab at Duke University’s Pratt School of Engineering.

In the NRF report, Cummings explains the simple interactive problems involved in drone delivery. How will businesses using drones address the dangers posed by and to cars or other vehicles, children, birds or other animals. These dangers would most likely be encountered in the last leg of a drone’s journey as it approaches its destination.

In fact, drone run-ins with eagles, chimps and even a swarm of bees have been known to happen.

But what of possible damage to property or injury to children and other innocent bystanders?

The FAA has, of course, granted limited commercial use of drones in recent years. For instance, Australian start-up Flirtey was the first company granted permission for a commercial drone delivery in U.S. airspace. The company used a drone to deliver supplies to a medical clinic in rural Virginia in July of 2015.

For example, currently no one is permitted to use a drone for commercial flights without a “special exemption” from the FAA. And so far, most have been for things like photography, agricultural use, construction and real estate. Drone delivery is definitely not the list.

Well, probably because other thorny requirements by the FAA make logistics difficult or impossible. So if you’re waiting for a ring of the doorbell heralding delivery of your Chinese food via drone, better not hold your breath.

See Also: FAA Requires Drone Regulation -- Whether Used for Commercial Purposes or Not

Commercial drone operation thus far requires that the drone in line of site with the operator at all times. It also requires that an operator possess a pilot’s license. But perhaps the biggest hurtle of all is the agency’s current injunction against carrying a payload, the NRF explains.

Will there be a time when you pack a customers order aboard a drone and send it on its way? Who knows. But certainly some regulations will need to be addressed first to make it happen.