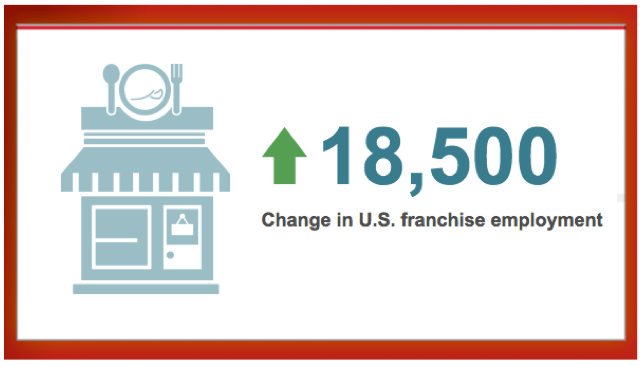 The report found that franchise sector 2016 job growth in the U.S. was up by 18,500 in February. While the numbers fell shy of those reported by ADP in January, when franchise jobs grew by 20,000, they still reflected the impact franchisees have in creating employment opportunities.

“Though franchise employment growth declined a bit from January, accommodations rebounded into positive territory replacing most of the jobs lost in that sector last month,” says Ahu Yildirmaz, vice president and head of the ADP Research Institute. 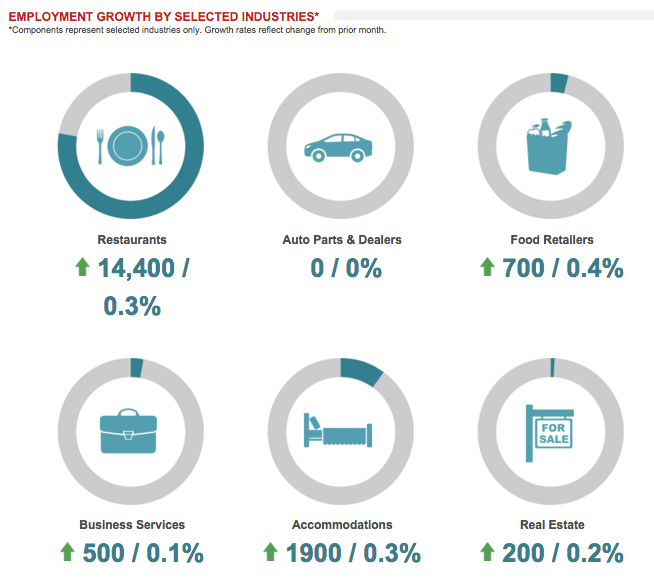 “Restaurants continued as the biggest employment driver among franchises,” Yildirmaz says, based on the actual number of employees hired for the month, a total of 14,400.

While the numbers shortfall between February and January could be considered negligible, both pale in comparison to December 2015, when ADP reported the creation of 48,600 new jobs. Restaurants, alone, accounted for 32,800 jobs, followed by the Auto Parts and Dealers sector, with 8,400.

“Franchise employment growth finished strong in December adding the second most jobs of any month in 2015,” Yildirmaz said in a press statement (PDF) responding to the report. “Restaurants had their second biggest month of the year and accounted for two-thirds of the jobs added this month.”

Despite the recent slowdown, strong consumer spending will be the catalyst for accelerated growth in 2016, with franchise businesses expected to grow at rates exceeding non-franchise business growth, according to the International Franchise Association (IFA) Franchise Business Outlook: 2016.

IFA anticipates that the food and hospitality industry will see the greatest gains (65 percent), followed by the services sector (29 percent), and the real estate and automotive industries (both at 8 percent).

“We are forecasting that for the sixth consecutive year, franchise businesses will grow at rates that exceed the economy-wide growth of industries where franchises are concentrated,” said IFA President and CEO Robert Cresanti. “Franchise businesses are showing tremendous capability to provide new jobs for working families and new businesses for first-time business owners across all sectors in local communities.”