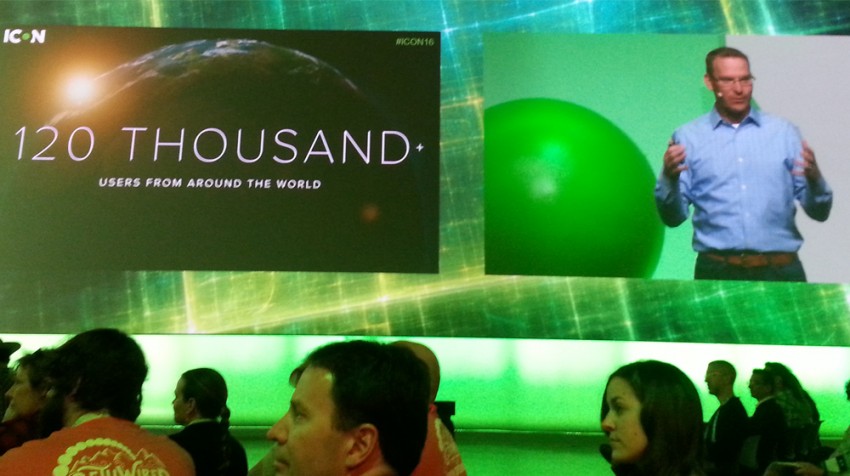 Infusionsoft has grown a lot over the last few years — both in its offerings and in its dedication to the small business community.

The ICON Conference March 2-4, 2016 is under way and even the company’s own tweets from the event show its focus on the ecosystem it serves.

Over time the company has certainly seen ongoing growth.

Those customers (apparently) know what to expect from a conference like this one — and from a product like Infusionsoft. Steve King of Small Biz Labs tweeted:

Infusionsoft’s growth has not only been financial or by the numbers, however. Previewing the event in February, company leaders said they expected greater focus on analytics, a major new trend for the company and its small business customers.

“Small business owners often make gut instinct decisions. While that gut instinct may work in the beginning, it can sometimes lead them down the wrong path as their business grows. That’s why having a solid plan for collecting and analyzing data is vital to the long term success for a business,” senior product manager Jordan Hatch told Small Business Trends at the time.

Those in attendance at the event insisted there was plenty to learn. As Brent Leary, co-founder and partner at CRM Essentials tweeted:

Infusionsoft promised mobile would be another focus.

“eMarketer is predicting an incredible 210 percent growth in total value of mobile payment transactions in 2016 alone — that’s up to $27.05 billion from $8.71 billion,” business development and payments manager Zach Vance told Small Business Trends in February. ” Predictions like this and the countless others point toward continued strong growth in the mobile payments space, so it’s essential for small businesses to start implementing this technology.”