MacBook Selfie Stick May Be Craziest Product Yet 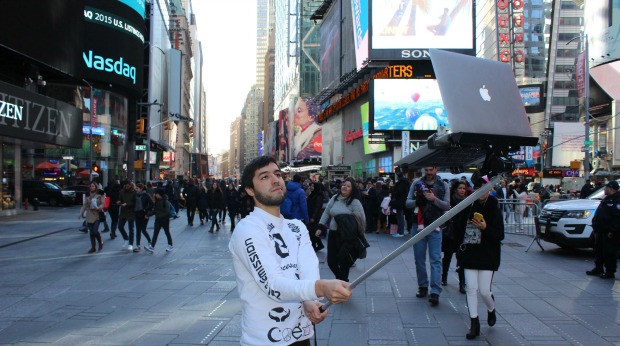 If you’ve walked through Times Square or any other crowded place over the last year or so, you’ve probably run into quite a few selfie sticks. If you’re somehow unfamiliar with the selfie stick, it’s a relatively new product idea that consists of a pole that can hold a smartphone at the end. This allows you to take photos of yourself or a group and actually get a full picture, rather than a tightly-cropped, arms-length selfie. 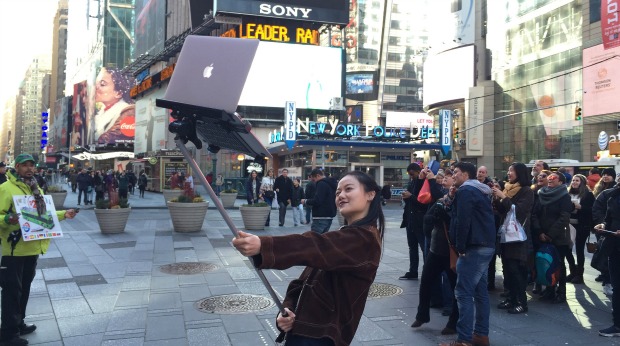 The MacBook Selfie Stick is exactly what it sounds like — a selfie stick that doesn’t attach to your smartphone, but your laptop instead. It’s not a real product available for sale — at least not yet.

The MacBook Selfie Stick is the brainchild of John Yuyi, Tom Galle and Moises of Art404. The trio created an actual prototype of a long pole that you can mount a Macbook onto. Then they had people try out the product while walking through Times Square. And they took lots of photos of the experience. 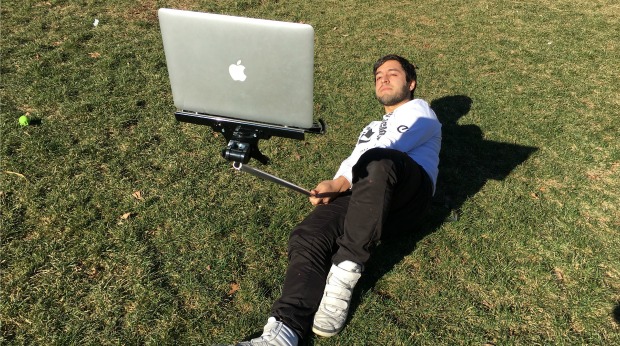 The performance art, and subsequent online virality of the fake product, was the real purpose of this project. But that doesn’t necessarily mean that an actual laptop selfie stick could never be a thing. There’s already a tablet selfie stick, after all. 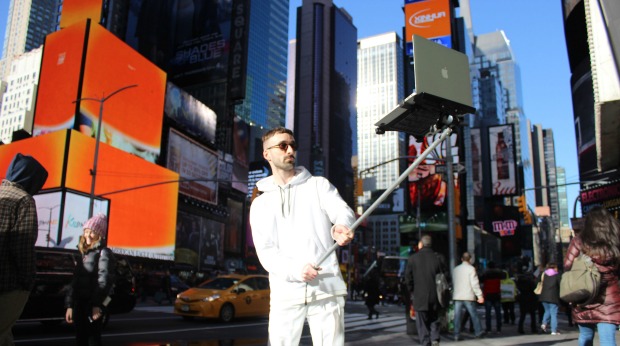 But in a world where technology trends seem to be getting smaller and more mobile, not larger and clunkier, it seems that the traditional smartphone selfie sticks are likely to remain on top, at least for now. Especially since very few people tend to go out regularly without a smartphone or at least a phone with a camera, a selfie stick for laptops doesn’t seem like it would have a large group of potential customers.

But regardless of the viability of an actual MacBook selfie stick product, the project has brought a lot of attention to its creators. It’s a great example of how and outside-the-box or even “crazy” sounding idea can offer actual business benefits. 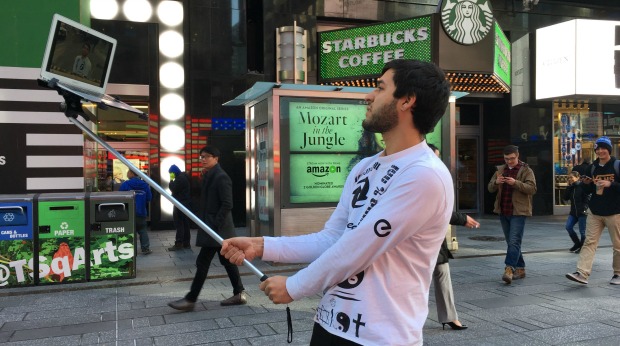