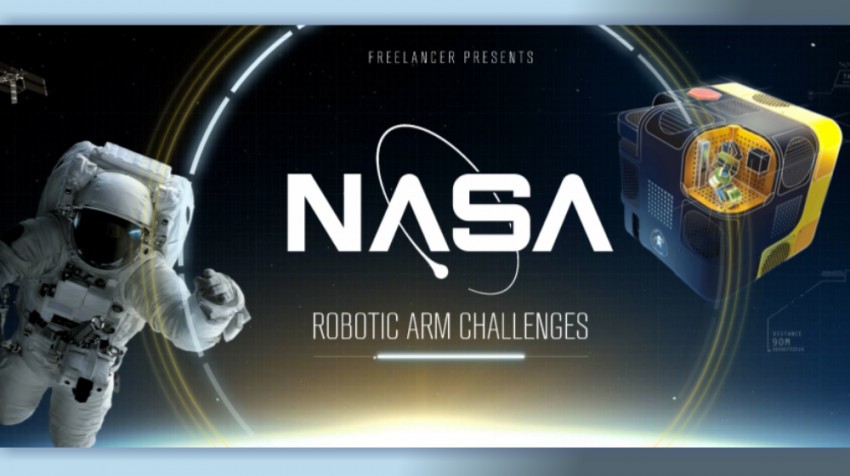 When you think of NASA, what comes to mind? Rocket scientists working in jet propulsion laboratories on super high-tech gadgets for the International Space Station (ISS), Hubble telescope or missions to Mars, most likely.

What doesn’t come to mind, perhaps, is NASA crowdsourcing freelancers to develop such gadgetry. But with the design of the robotic arm for the Astrobee flying robot used on the ISS, that’s exactly what is taking place.

Instead of going to a large engineering or design firm, NASA, in partnership with Freelancer.com, is using crowdsourcing — a method often employed by small businesses when seeking innovative, low-cost solutions — for this and other space-related projects. In doing so, NASA is also opening new doors of opportunity to the smallest designers and engineering businesses possible: freelance solopreneurs.

In an email interview with Small Business Trends, Sebastian Siseles, international director for Freelancer, shared some background on the project and explained NASA’s reasons for crowdsourcing development of the robotic arm.

“NASA’s Center of Excellence for Collaborative Innovation (CoECI) reached out to us after hearing about a partnership we had with ARKYD, the first publicly accessible space telescope,” Siseles said. “We hosted a successful contest for an ARKYD shirt design on our platform a couple of years back. When this news reached CoECI, they emailed us about their interest in connecting with our international community of skilled freelancers for their contests ideas.”

Siseles said that, together, NASA and Freelancer formulated a strategy for a series of crowdsourced contests and engagements to run over time. Contests are accessible to all Freelancer.com’s users, and anyone can submit entries if they feel they have the right skill set.

“Freelancer.com is the perfect platform for this as NASA has access to millions of skilled professionals from around the world that are skilled in over 900 different categories, from design to engineering to data science and analytics,” Siseles said.

The first phase of the NASA robotic arm project has already ended, and 3,000 entries were received. From that number, NASA chose 30 freelancers as finalists, six of which are from the U.S. With phase two underway, NASA is requiring each finalist to break down options related to designing the architecture behind the robotic arm.

In an email interview with Small Business Trends, Ryan Boyd and Jade Johnson, two of the U.S.-based finalists, shared their reasons for getting involved with the contest:

“I love NASA and have always dreamed about working with them,” Boyd said. “I follow news pertaining to the International Space Station and, despite not having any background to speak of in robotics, I figured I would give it a shot.

“I have a good deal of (self-taught) knowledge about physics, astronomy, and space travel. I’m also an Information Systems graduate and have a long-running professional background in data analysis and administration, programming and IT consulting.”

“The imagery of the astronaut in space floated my boat enough to where I thought, ‘Why not? What do I have to lose?,'” Johnson said. “I’m a UX Designer, Information Architect and Techno DJ with a background in Visual Design. My intrinsic inclination for design and music software supports my abilities to design products for people. Freelancer was looking for designers that design for humans particularly in Industrial and Product Design, which is very similar to my field.”

When asked about his design concept, Boyd said, “I took the simplest, most streamlined and minimalistic approach I could think of. Maximum functional efficiency was my primary consideration in putting the design together. The process involved designing, graphically representing and putting together a write-up explaining and supporting the structural decomposition of a robotic arm subsystem to be used on a free-flying robot aboard the International Space Station.”

Johnson said her design came as a result of many hours spent researching scientific journals and peer-reviewed articles.

“The plans were complex, and there was a ton of digging involved,” Johnson said. “Into the research, I ended up in the TED talk realm and was inspired by this man who designed his own prosthetic legs. With the Astrobee free-flying robot needing to perform human tasks along the ISS, it made the most sense to research the design behind bionic limbs and implement some of the strategies into the new model robotic arm.”

Aside from Boyd and Johnson, the other finalists are:

If the NASA-Freelancer.com collaboration evidences anything, it’s that the sharing economy has grown to become a central aspect of how societies work. Everything from food to transportation, healthcare to municipal services — and now even space — are all key components.

“We at Freelancer.com say that it’s magical time to be an entrepreneur,” Siseles said. “You can literally pick up a credit card and a smartphone and start your business in less than 60 seconds, so we can envision that NASA will continue using our platform to crowdsource solutions to even more complex problems they might face in the near future.”