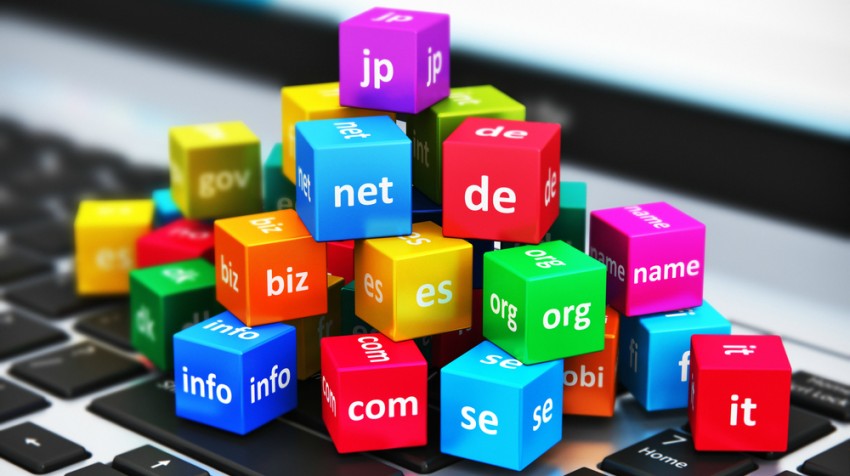 With technology that’s constantly evolving, the ways that businesses present themselves online are always changing too. Where businesses once used regular old .com domains and paper business cards, they now have plenty of new options. Read about these updates and more below in this week’s Small Business Trends news and information roundup.

As you may know, .com domain names are becoming harder and harder to find. A search for a .com name on domain registration sites like GoDaddy can often lead to frustration. And for most businesses, name extensions such as .org or .net just won’t work.

Business cards have been around in some form or another for hundreds of years, so the digitization of this form of communication was inevitable. And the company that is integrating key features that are essential in today’s connected world is MOO. The company recently announced its (Near Field Communications) NFC-enabled business card.

HP has just announced new additions to the OfficeJet and LaserJet families, intended for the small business market. Included are the OfficeJet Pro 8000 and 6900 series, OfficeJet 200 mobile printers and the LaserJet M501 and M33 printers.

How Virtual Reality Can Grow Your Business

Virtual reality might seem like a really futuristic idea that doesn’t have much practical business purpose just yet. But that’s no longer the case. More and more businesses are coming up with new and different ways to integrate virtual reality into their businesses in ways that could benefit their customers, clients or even employees.

U.S. private sector franchises continue to drive employment, according to the February 2016 ADP National Franchise Report, produced by human resources management solutions provider ADP in conjunction with Moody’s Analytics. The report found that franchise sector 2016 job growth in the U.S. was up by 18,500 in February.

How Creative Entrepreneurs are Using Patreon to Build Their Businesses

For creators and artists, being able to work on what you love for a living is the ultimate dream. One tool is making it a bit easier to connect these creators and artists with the fans who love their content, while making the dream a more attainable reality.

Brands Small Business Owners Recommend and Some They Don’t

To trust or not to trust. That is a question small and medium-sized business owners often find themselves asking when it comes to relying on certain brands for day to day business operations and other needs. Keeping their interests in mind, Alignable, a Boston-based platform for local businesses, has launched the SMB Trust Index.

MacBook Selfie Stick May Be Craziest Product Yet

If you’ve walked through Times Square or any other crowded place over the last year or so, you’ve probably run into quite a few selfie sticks. If you’re somehow unfamiliar with the selfie stick, it’s a relatively new product idea that consists of a pole that can hold a smartphone at the end.

CoreCommerce, the company set up in 2001 as a one-stop solution for commerce businesses, has been acquired by a group of entrepreneurs and business executives. Among the group of new investors taking over the platform are : Michael Thompson, Former SVP, Sales and Marketing at Fleet One; Peter Marcum, Managing Partner at DevDigital.

Freshbooks Card Reader Is On Its Way

The credit card reader market is getting more crowded as everyone from banks to online retailers deploy their version of the technology. With so many options, new comers have to differentiate themselves by addressing a particular segment, and delivering all the bells and whistles that are being offered by the competition.

If you want to run a successful business, you need to get feedback from customers. And with today’s rapidly changing consumer base, you likely need that feedback to happen in real time or close to it. That’s exactly the type of feedback that SurveyMe aims to provide. Read more about the business in this week’s Small Business Spotlight.

Sage North America, has appointed Marc Scheipe as its new president. Scheipe previously served as interim regional president for the U.K.-based business management software firm that targets small to medium-sized businesses, and will now assume the role of president on a permanent basis, reporting to CEO Stephen Kelly.

In an open letter published on Medium, the founders of the Drip music subscription service announced the music platform is closing on March 18. News of Drip — a niche service that allowed fans to subscribe to indie artist communities — shutting down after just five years of it launching is a huge blow for many independent artists, labels and musical entrepreneurs.

Facebook could be soon turning its Messenger app into a marketing platform. Facebook Messenger ads in the form of messages may be coming to Facebook’s messenger app as early as the second quarter of 2016.

The average angel-backed company receives much less capital today than it did in the early 2000s, data from the University of New Hampshire’s Center for Venture Research (CVR) reveals. The CVR’s numbers — which come from surveys of individual angels and angel groups — show that the dollars that the average angel-backed company received dropped a whopping 42.

When you acquire an asset for your business that is expected to last for more than a year, you usually have to capitalize the cost. This means you put the asset on your balance sheet and then write off the cost over a certain number of years (fixed by law according to the nature of the item) by taking an annual depreciation allowance.

Average Time to Prepare Taxes? 80 Hours for Some Small Biz

Preparing taxes is a taxing affair for small businesses, according to the 2015 Small Business Taxation Survey (PDF) by the National Small Business Association (NSBA). The study found for one in three small business owners, the average time to prepare taxes was more than 80 hours per year. Moreover, these businesses were spending nearly $5,000 or more annually on federal taxes.

The U.S. Federal Trade Commission (FTC) has cracked down on data brokers for allegedly hawking sensitive personal details of unsuspecting consumers to scammers. In a lawsuit (PDF) against LeapLab filed in U.S.

iMoneza Introduces Next Generation Paywall to Charge for Content

While doing research, you find the perfect source material but after only one or two articles, a page pops up asking you to subscribe to the magazine in order to read more. That can be $30 or more and you really don’t have any use for that content beyond this research. Paying that kind of money feels like just a waste. That’s how Mike Gehl, founder of iMoneza, feels.